I Did It Again! Another New Project!

Okay. I've done it again. I started another thing before finishing the ones I already have started. But I'm going to see this one through to the finish right now,even if I don't like how it's turning out. The reason I started something new is, I came across my peachy felt the other day, which is perfect for a skin tone, and I got inspired to make a doll.


It's not everybody's skin tone, but it reminds me of an old Tiny Town doll,or the limbs of a Baps doll. If you aren't familiar with Tiny Town dolls you can go to my post on mine HERE. If you aren't familiar with Baps dolls, you can see my Baps doll HERE, and the beautiful ones I saw at a doll show HERE.  Now that I found this felt, the other thing I can do is repair my Baps girl's arms. Then maybe I'll take a whack at her face. (That sounds mean, doesn't it?)
As for this new guy, I started with a wire armature. Actually, to be honest, I started like I usually do, about 4 steps into the process. I started by making his head. 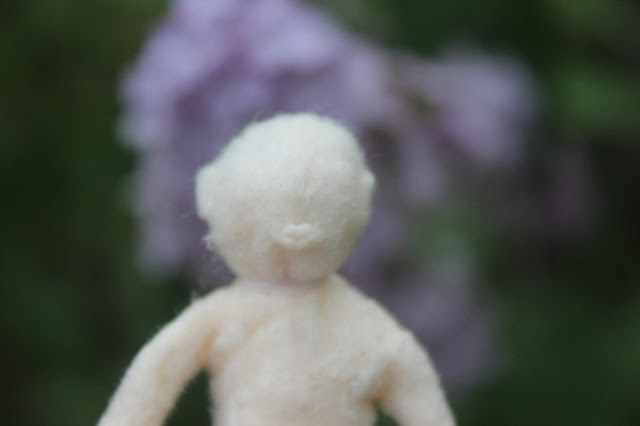 I should have started with the wire armature. I made his head by bunching part of the felt  into a head shape,and stuffing it with polyfil. I tied thread tightly around the neck so it would stay a head shape. It felt pretty creepy strangling this guy with thread,especially after I had made and felted the body, and had to re-tie the neck! I felt like there was somebody somewhere who looked like this guy,being inexplicably strangled by an invisible force.

Voo Doo dolls aside, I spent some time twisting wire to make him a one piece body and limb contraption. I then started the process of covering his torso with felt. With a torso there was something to attach his head to. I trimmed the excess felt that had been gathered around his neck to form the head. It was thickly bunched, so I  had to cut a lot of it out. Next I moved on to his arms,and shaped his hands. I glued the felt with Fabri-Tac,which stays pretty soft and rubbery for a while. That allowed me to use scissors to snip at the glued felt,which by then had merged with the glue and become a somewhat moldable single entity, to shape and reshape the body,including snipping shoulders and shaping the torso and arms.. 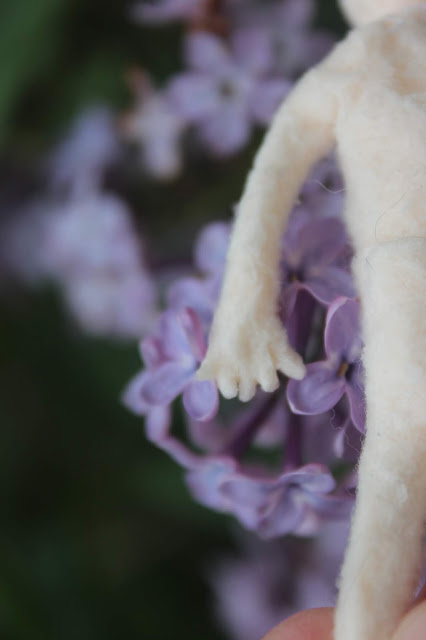 That's also how I made his hands. With the hands I glued the felt, and then snipped in fingers with scissors. After the fingers were cut in, I squeezed and shaped them with my fingers,adding more Fabri-tac as needed to make them moldable. 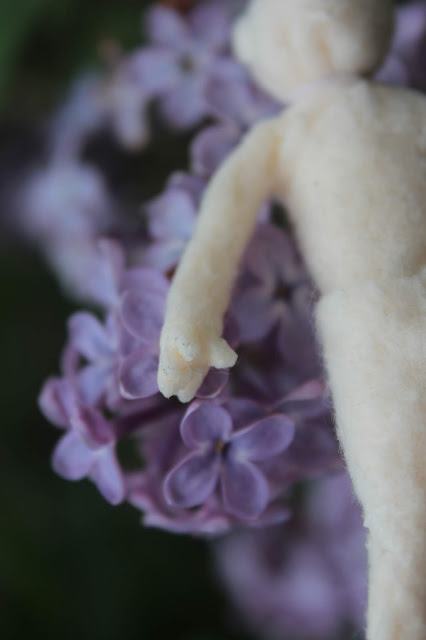 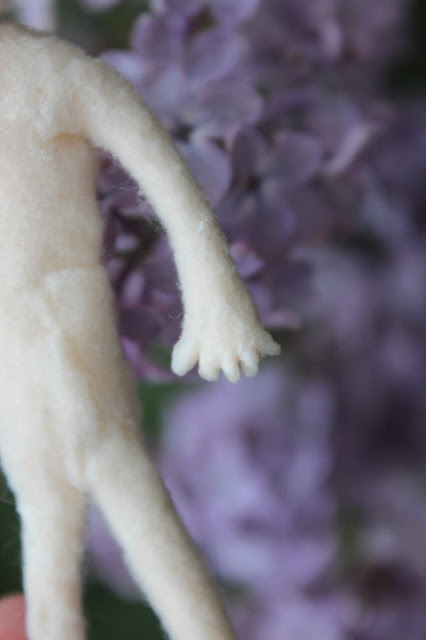 This is how I always make the hands on the miniature felt covered dolls I make. Like THIS ONE,THIS ONE, and THIS ONE, and especially THIS ONE. Hmm. Maybe I shouldn't tell you this. If anybody can make one for themselves, they will never buy one from me,and I might want to do that again some day.
Then I covered his legs.

One thing to keep in mind is that it has to be done as you go. The glued felt eventually gets tougher. By the next day the felt was too hard to snip very easily,or squeeze into shape. 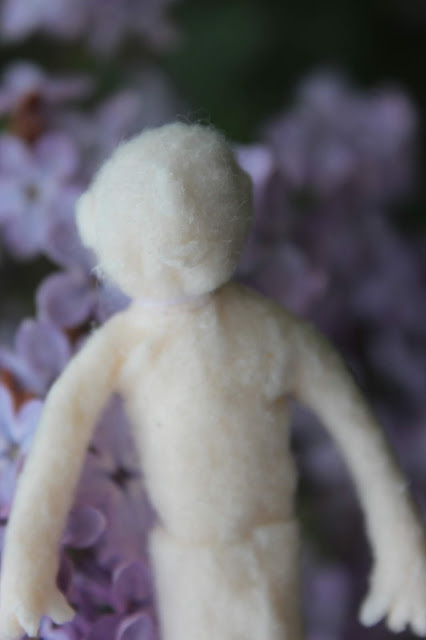 He's now in the process of having his clothes made. Ivy chastised me for gluing the clothes I was making for one of my almost finished dolls just last week. So this time I'm actually attempting to sew the tiny clothes wherever possible. When I get the clothes finished I'll show you. Then we'll see what he looks like with a face in another  post. But I promise we'll get there!
As you can see, when I took these pictures, my lilacs were still blooming. I have been trying to get this post up for days, but I was having trouble with the memory card from my camera. I couldn't get the pictures onto my computer. I finally got it to work, but I think I'm going to need a new memory card. Luckily Ken already has some ordered,because we have that wedding to photograph in a few weeks.
By now my lilacs are just about gone. The dogwood tree's blooms have all dropped.

The iris's are fading.


When I took these pictures my yard was full of flowers: lilacs,iris',and whatever these are: 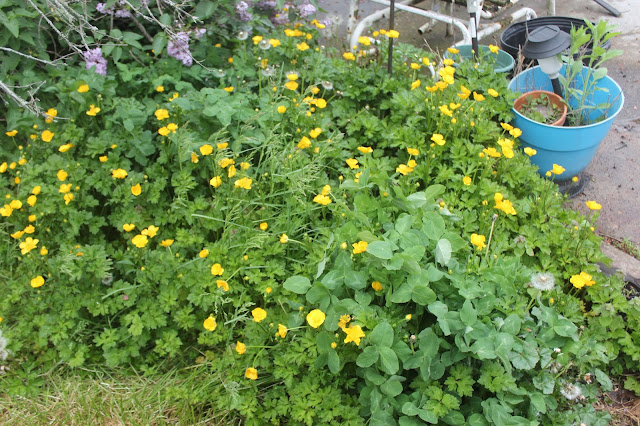 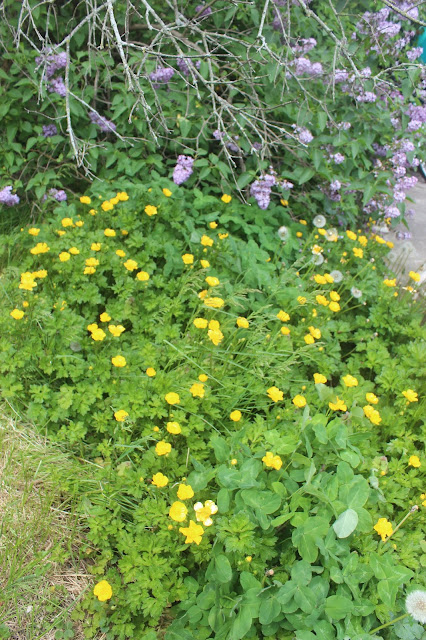 They might be weeds, but if so,they're nice ones. Does anybody know what they are? I also have a lot of this stuff this year. 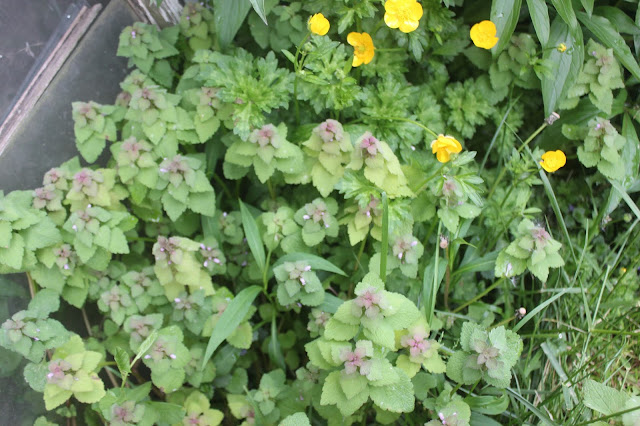 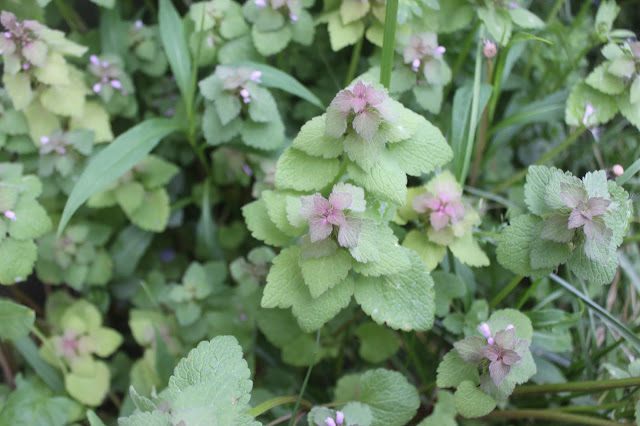 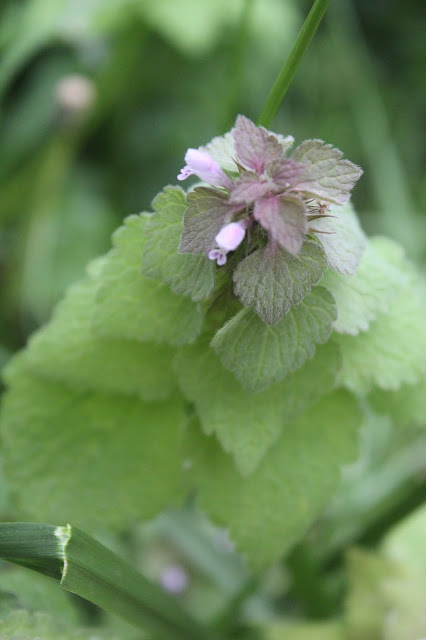 Does it look familiar to anybody? Ken says he found in online and it's dark nettle. I found it as something else. It's a weed, I think, but it grows purple flowers and has nice leaves with a purple tint.
These bushes have started to flower.


I like them for doll photo shoots because the flowers are small. You'll have seen them before,for example,in the MOTHER'S DAY POST featuring Dolly World and her daughters... 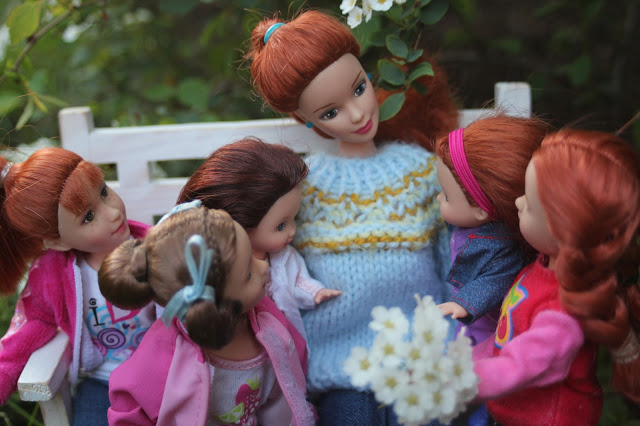 ...or THIS POST, featuring Dolly and a few of her kids... 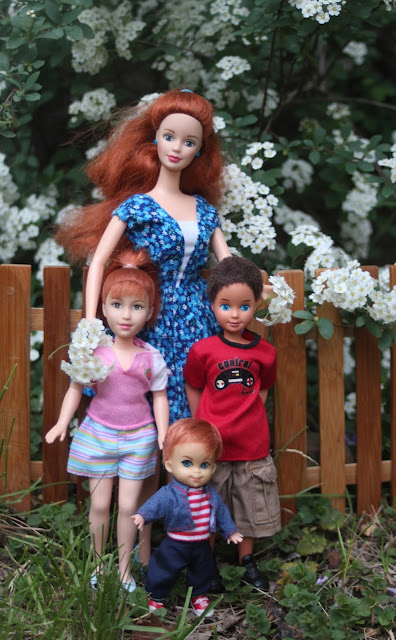 ...or THIS POST on the Dolly Darlings doll,Honey. Nice bush...but does anybody know what it is? 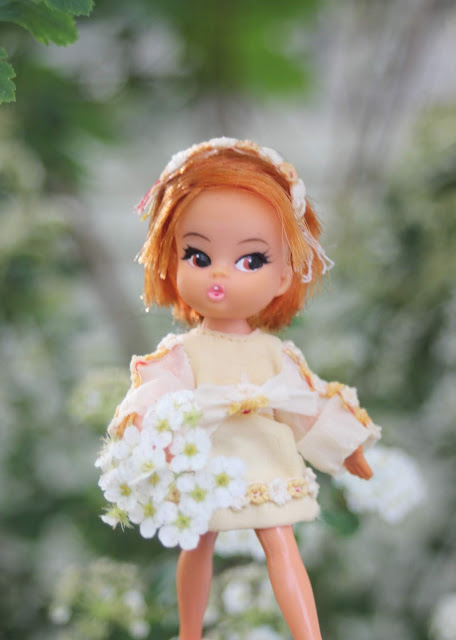 My peonies are getting there. They have a while to go though. 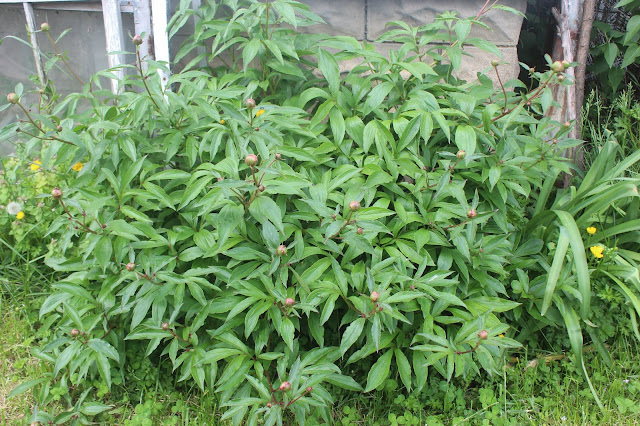 They are surrounded by those yellow flowers,and to the right is that Asian lily that I finally identified a couple of years ago.
So, until that guy gets his clothes on,this is it from here. See you soon.
Posted by Tam at 10:19 PM