Happy New Year! and What I Got For Christmas

Happy New Year! I hope everybody had a good holiday season. We did pretty well, except for a flare up of anxiety by one of us on Christmas. It was unexpected, and upset the day and everyone at the time, but it all turned out ok in the end.

Unfortunately I did not get a new computer for Christmas. Ken said he couldn't find a good enough deal on one that had everything I wanted in a computer. I was originally panning to bring Doll-A-Day back in 2021, but without my own computer for most of the year, I wasn't able to prepare listings ahead, as I wanted to, and I won't be able to work on posts everyday, like I would need to. So I am considering  a doll post or two a week. We'll see what happens. I have a birthday coming up in March. Maybe Ken will be able to find a deal by then!

Today I thought I'd show you the doll related gifts I got for Christmas. Here they are. 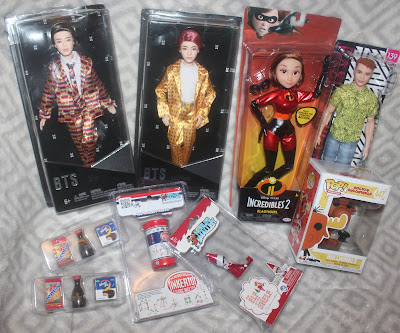 The Incredibles doll is from my sister, who spent Christmas day with us all at Emma's. I'll talk more about this doll soon. 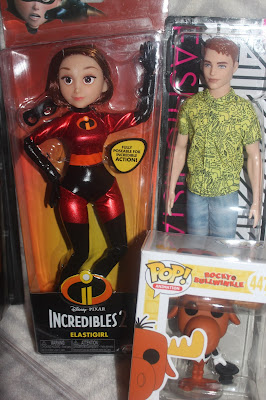 The BTS dolls are from Ken. I found them at Five Below shortly before Christmas. I know  they had them a while back, but I missed them then. I'm not a fan of BTS, but I like the dolls. They are articulated, but the suits don't allow them as much freedom of movement as they could. 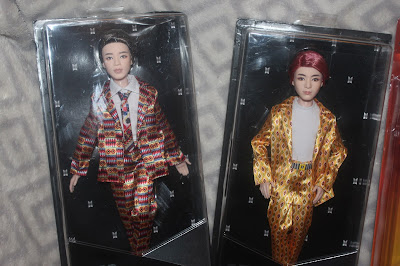 The red haired Fashionista, the Bullwinkle, (or, as Ivy used to call him when she was little, 'Boywrinkle'.) Pop vinyl, and the World's Smallest Elf on the Shelf are from Emma. 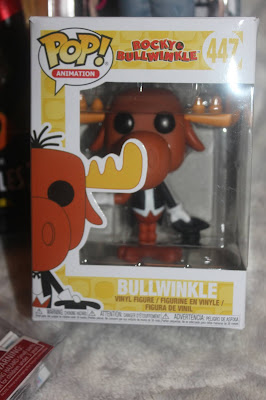 The World's Smallest Tinkertoys are from Ken. 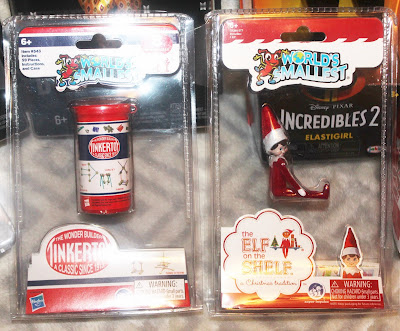 I wanted the World's Smallest Elf on the Shelf last year, but by the time I found out about him, he was sold out everywhere. 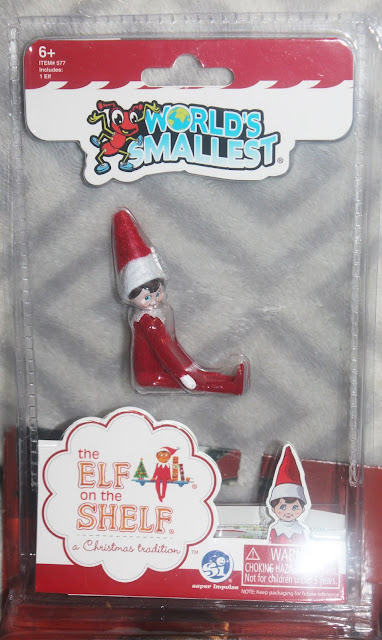 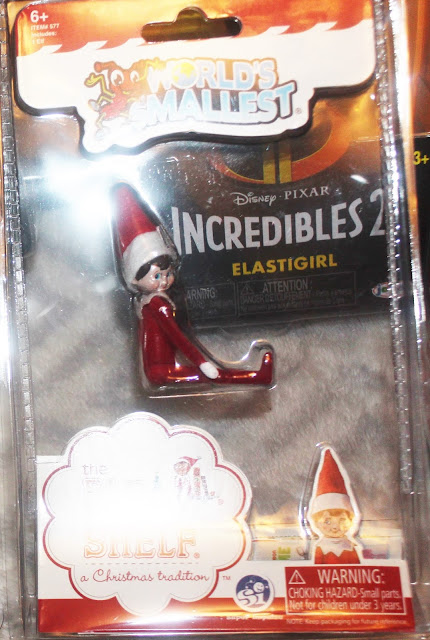 He's jointed at the neck, shoulders, and hips. 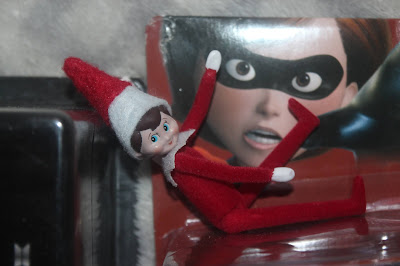 The World's Smallest Tinker Toys and the Mini Brands are from Ken. (I spotted the Mini Brands on a couple of empty boxes at the Target checkouts and wondered aloud what was going to happen to the examples stuck on the front of the boxes. 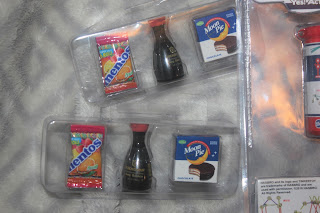 Would they be thrown out with the boxes, or would the boxes get refilled? Ken checked it out...)

There wasn't much Christmas stuff left by Monday, when I went out to try to find marked down Christmas cards for next year. I guess I should have gone out the day after Christmas. I did find these at the front racks at Target, clearanced for 90 cents. 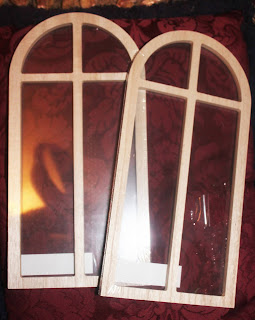 They're about 10 inches tall, maybe 12. They also had some white ones that had snow printed around the edges of the 'glass'. (It's plastic really.) I thought they were pretty, and I liked the snowy look. I was imagining beautiful Christmas pictures with these windows in the front of the World family's new house, (which I hope to build some day.) That is, I liked it until I saw that the 'snow' was made up of giant snowflakes. If they were in scale they would be about half the size of your head in real life.  So I switched the white ones for these unpainted ones. I will paint them if I use them on a house, but no giant snowflakes.

On a sad note, Dawn Wells, who played Mary Ann on "Gilligan's Island", passed away yesterday at the age of 82. She died from complications from Covid-19. Dawn was a Miss Nevada before landing the role of Mary Ann. She was one of only two cast members living. That leaves only Tina Louise, who played Ginger.

I will see you in the new year. Have a great evening!