Dale Leroy is finally finished...sort of. Some of you may remember seeing the beginning of the little felt fellow I have been working on.  Some of you may have been following his progress. Some of you may have no idea what I'm talking about. So here are some reminders.
'Dale Leroy',as he has become known,(named after the hypothetical little boy my mom always wanted and never had ), has a wire armature,covered with felt. He looked like this the first time you saw him. 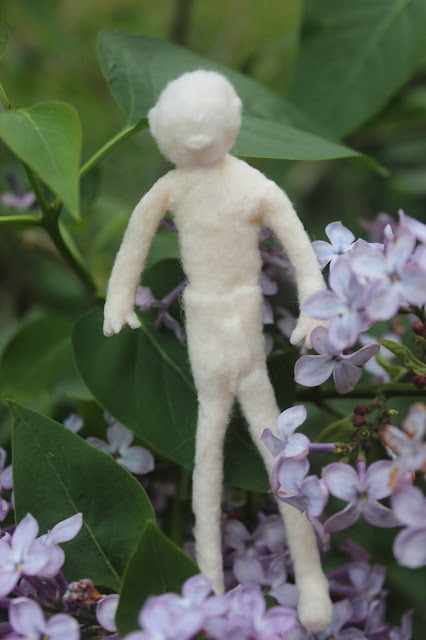 His head is felt stuffed with Polyfil. He even has felt lips.


Then I made some clothes for him.

Then I gave him some,as my mom called them,'big yella work boots'. 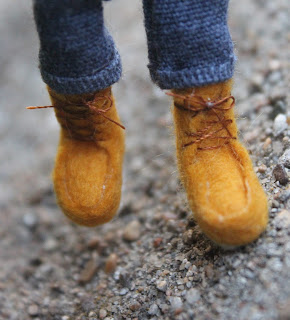 All he needed after that was hair and a face. So here he is now,with both of those. 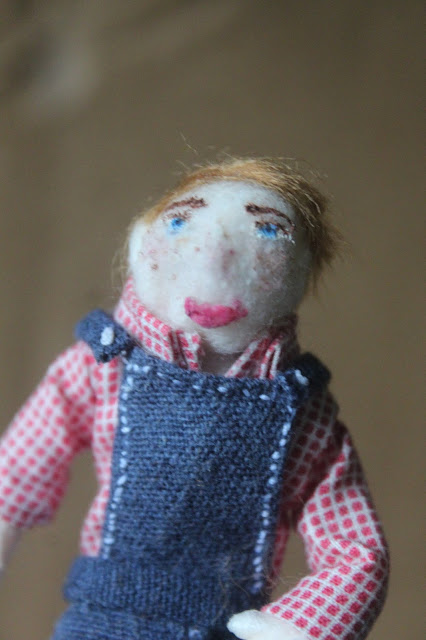 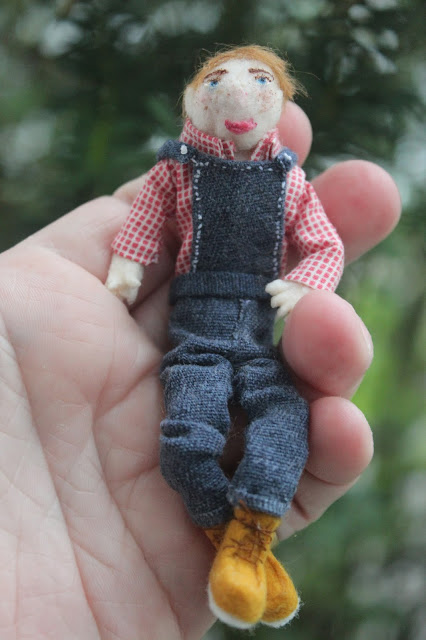 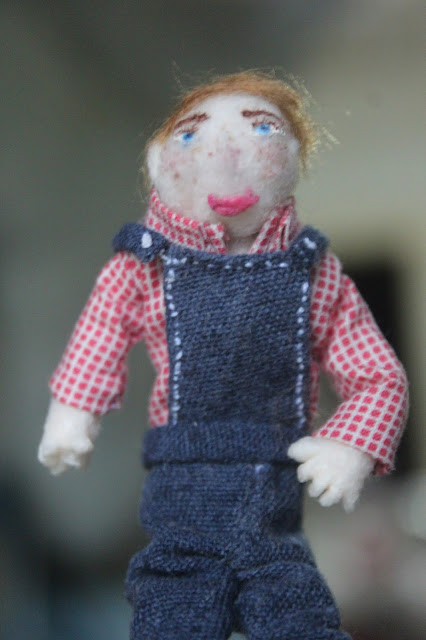 I'm not really satisfied. Other than the fact that his torso is too long and one arm is too short,I was hoping his hair would end up thick enough to reshape his head a bit. No such luck. I might try adding some more hair later. 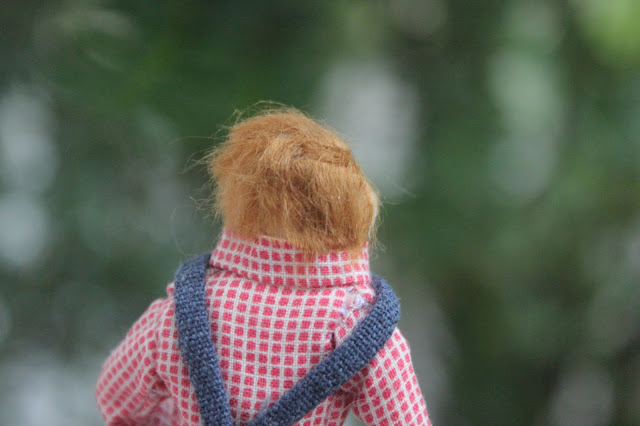 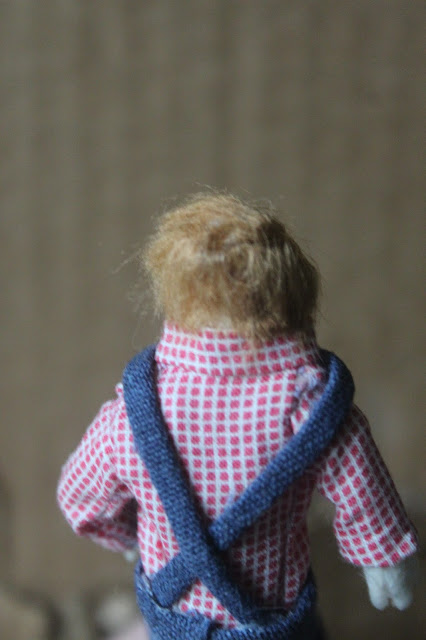 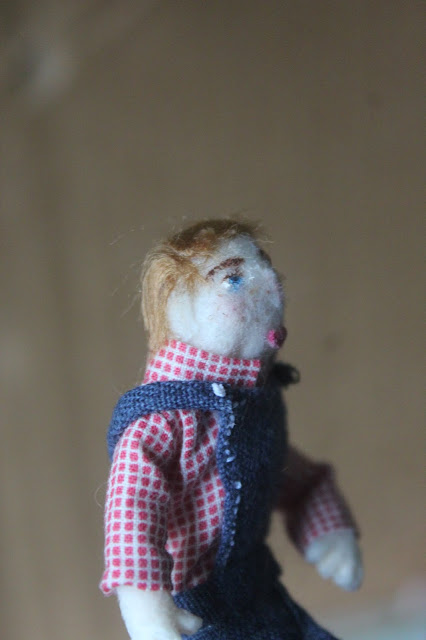 I  don't know if I like his mouth either. Should I remove the felt lips and just try painting lips on? That's a rhetorical question, so don't bother to answer. I won't listen to anything anybody says,even though I've asked, as my family well knows. I'll probably be afraid to remove them for fear of ruining the whole doll, and just leave the felt lips on and complain. 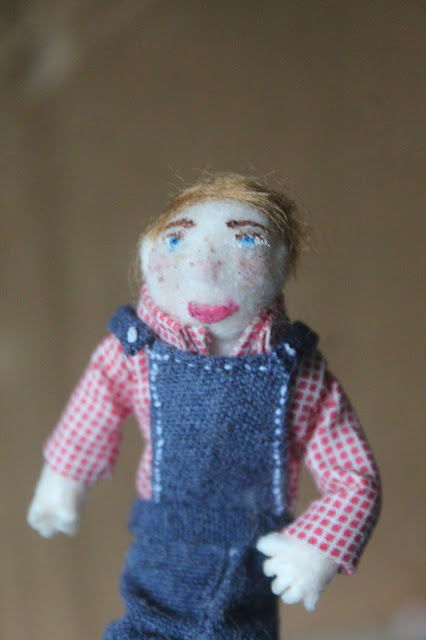 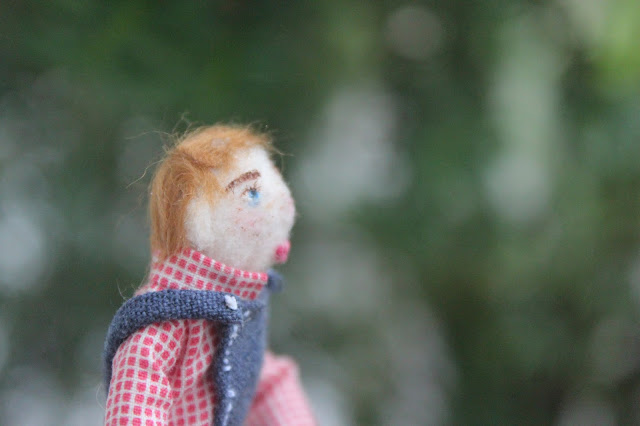 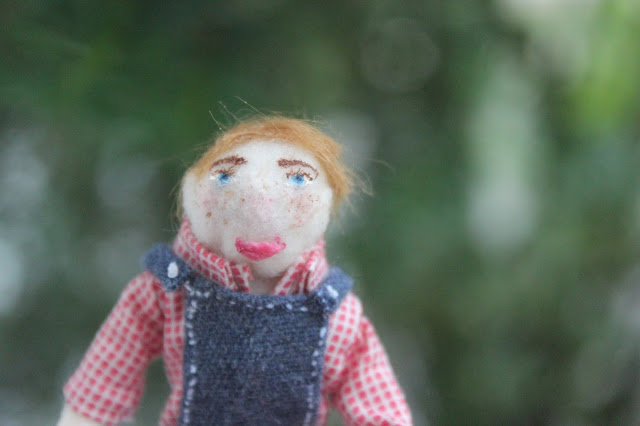 So there is Dale Leroy. He looks a bit tall and lean to be a child,but hey,even hypothetical children need to grow up sometime. 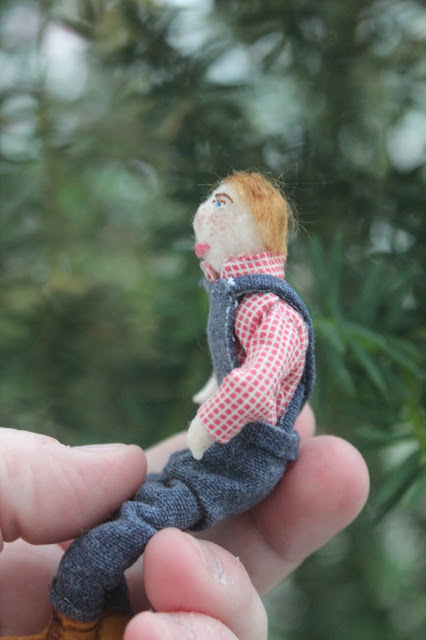 I am also working on the goofy faced little guy I showed you during the progress on Dale Leroy. We'll see him again soon.
Posted by Tam at 1:23 AM

Email ThisBlogThis!Share to TwitterShare to FacebookShare to Pinterest
Labels: 1/12 scale, 1/12 scale dolls, A doll of my own making, hand made miniature dolls, handmade dollhouse dolls