Today's doll is another I ran across the other day. She's been around here for a while. 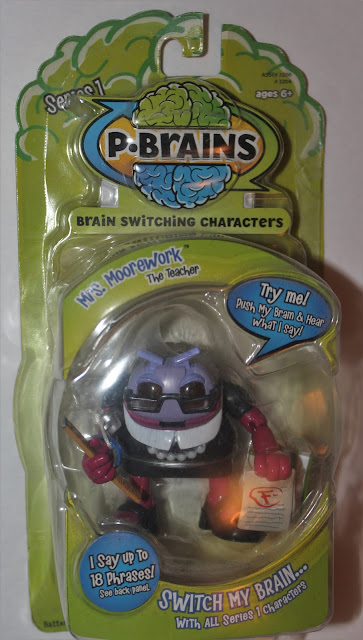 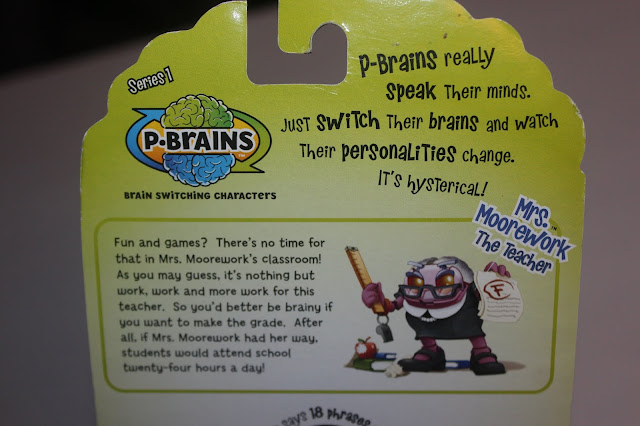 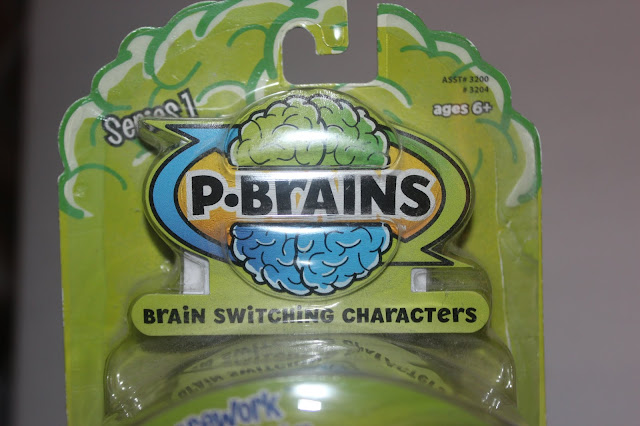 P-Brains were made by Uncle Milton Industries in 2004. They were a pretty neat idea. The gimmick was that the figures,powered by batteries, talked,depending what their  removable brains had them say... 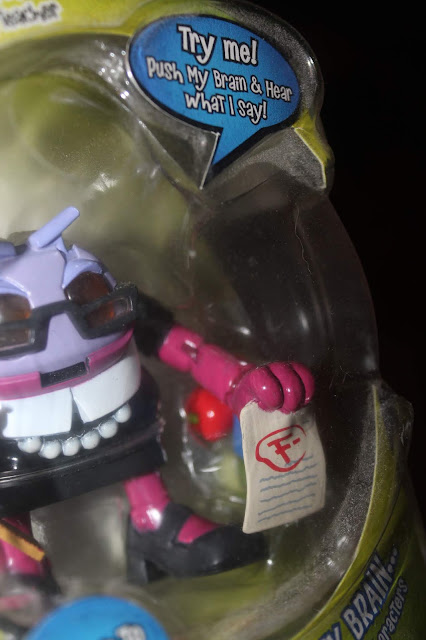 ... and they could swap brains. 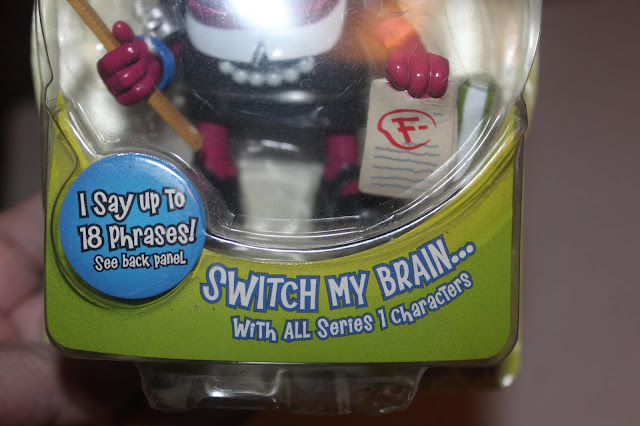 That meant that they could say each others phrases,which were originally fine tuned to their character. That made for some interesting, funny characters. 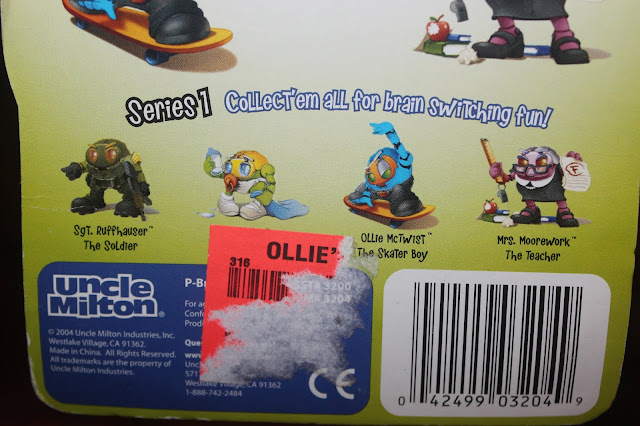 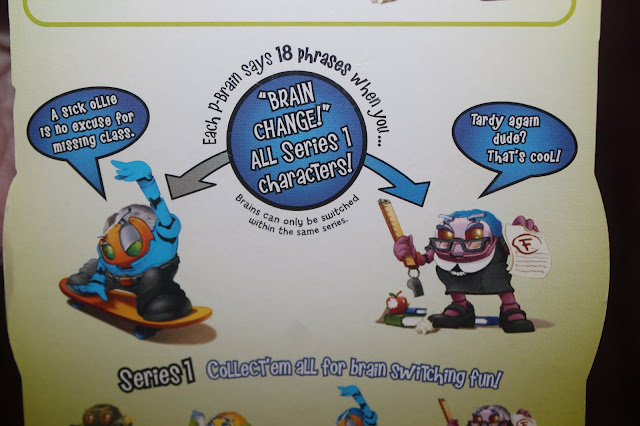 Mrs.Moorework has a ruler in one hand,(all the better to rap your knuckles with, my dear.),and a paper with an 'F' on it in her other hand. 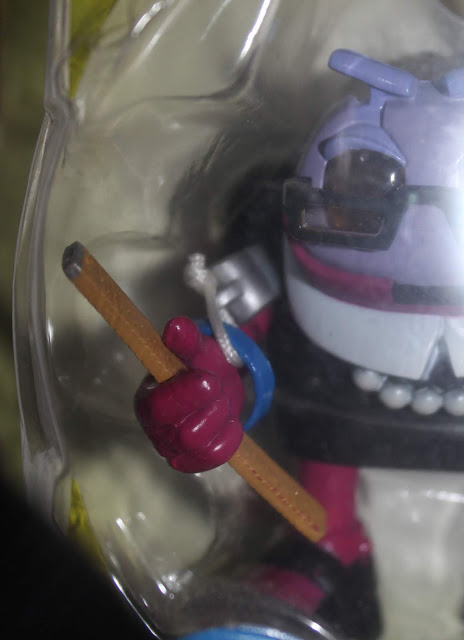 You can watch a commercial for P-Brains HERE.
Fuzzy had a couple of these when he was a kid. They were kind of fun,but we could never find more than two different ones. This one was a double. That's why she's still floating around here.
That;s the doll for today.See you again tomorrow for another doll.
Posted by Tam at 12:59 AM