Today's doll is another Alice, specifically,Moxie Girlz Avery as Alice in Wonderland. 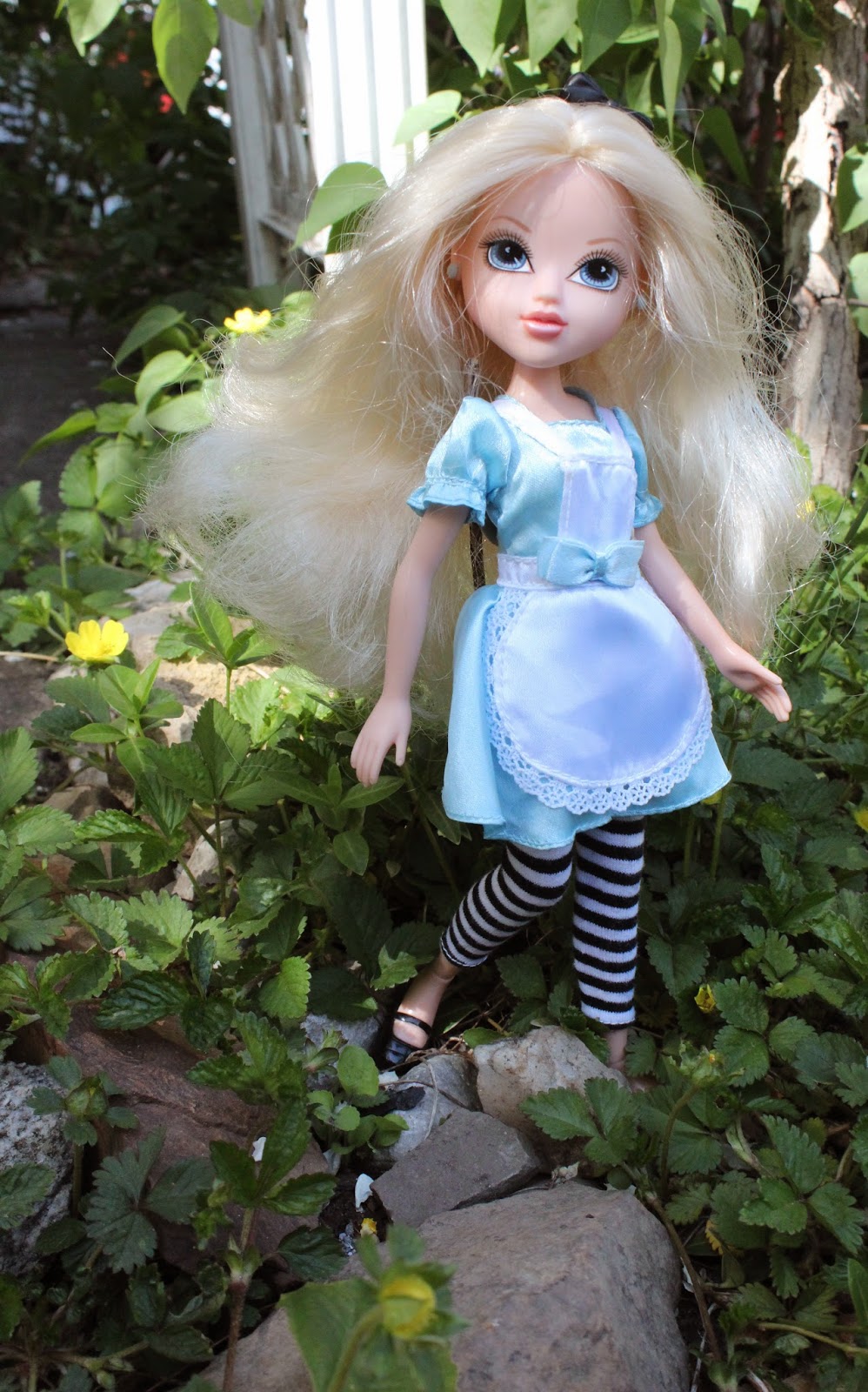 I have gotten all my Moxie Girlz at thrift stores or yard sales. Most of them weren't complete, or were in need of some clean up, etc. 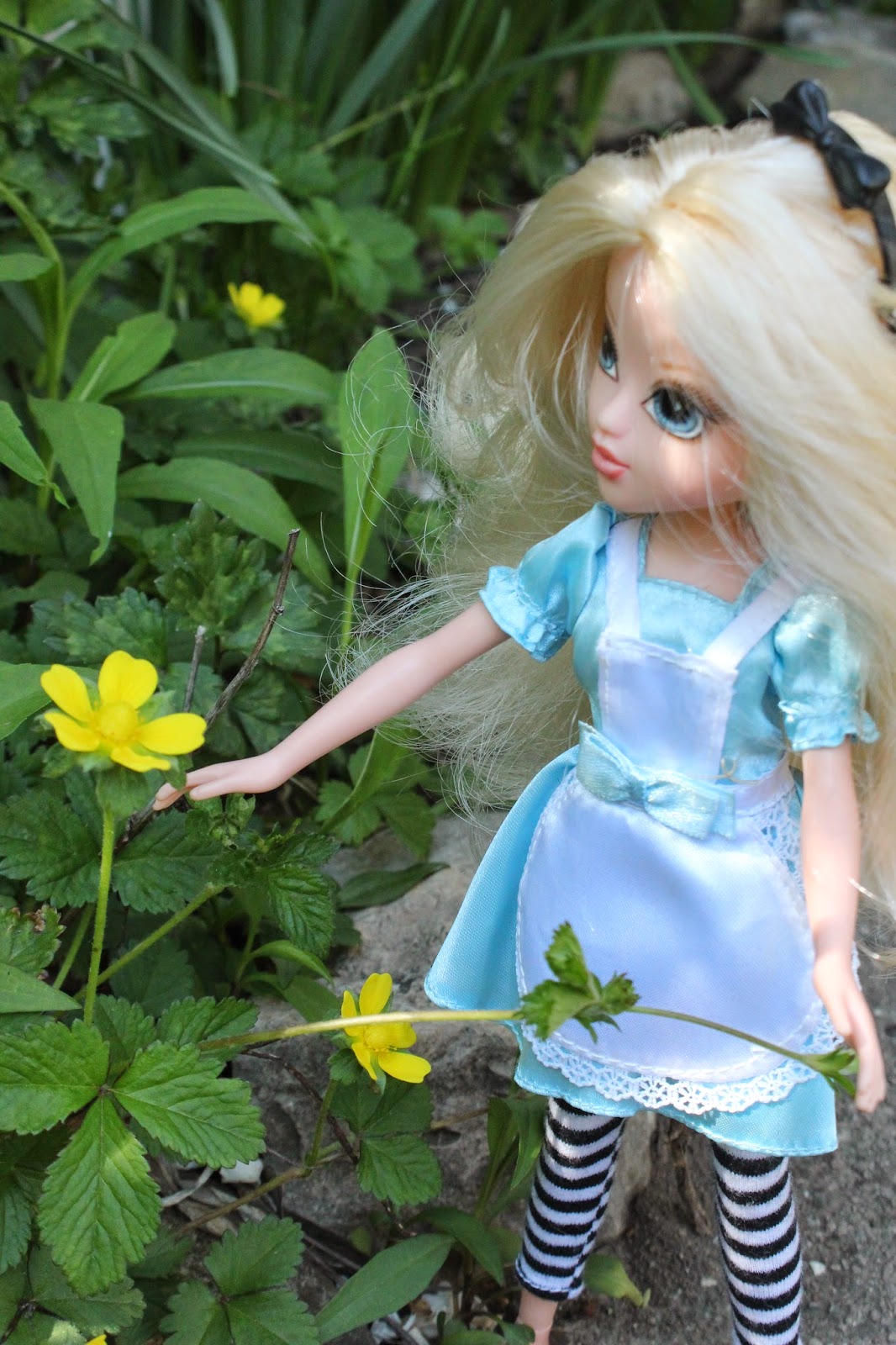 Luckily,I found the two I wanted most and they were complete and in nearly new condition.: the Magic Snow Kellan I showed you a few weeks back, and this Alice. 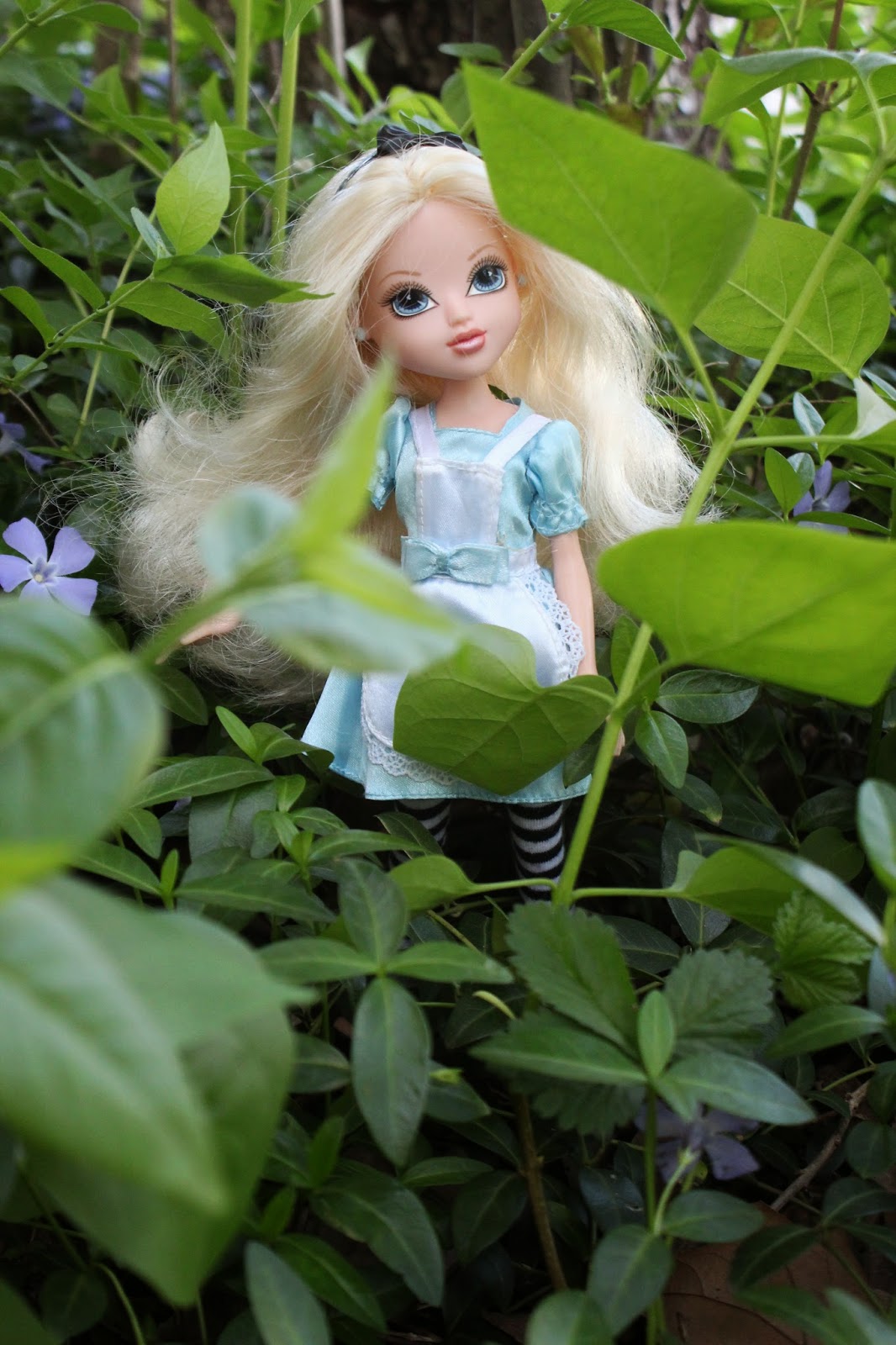 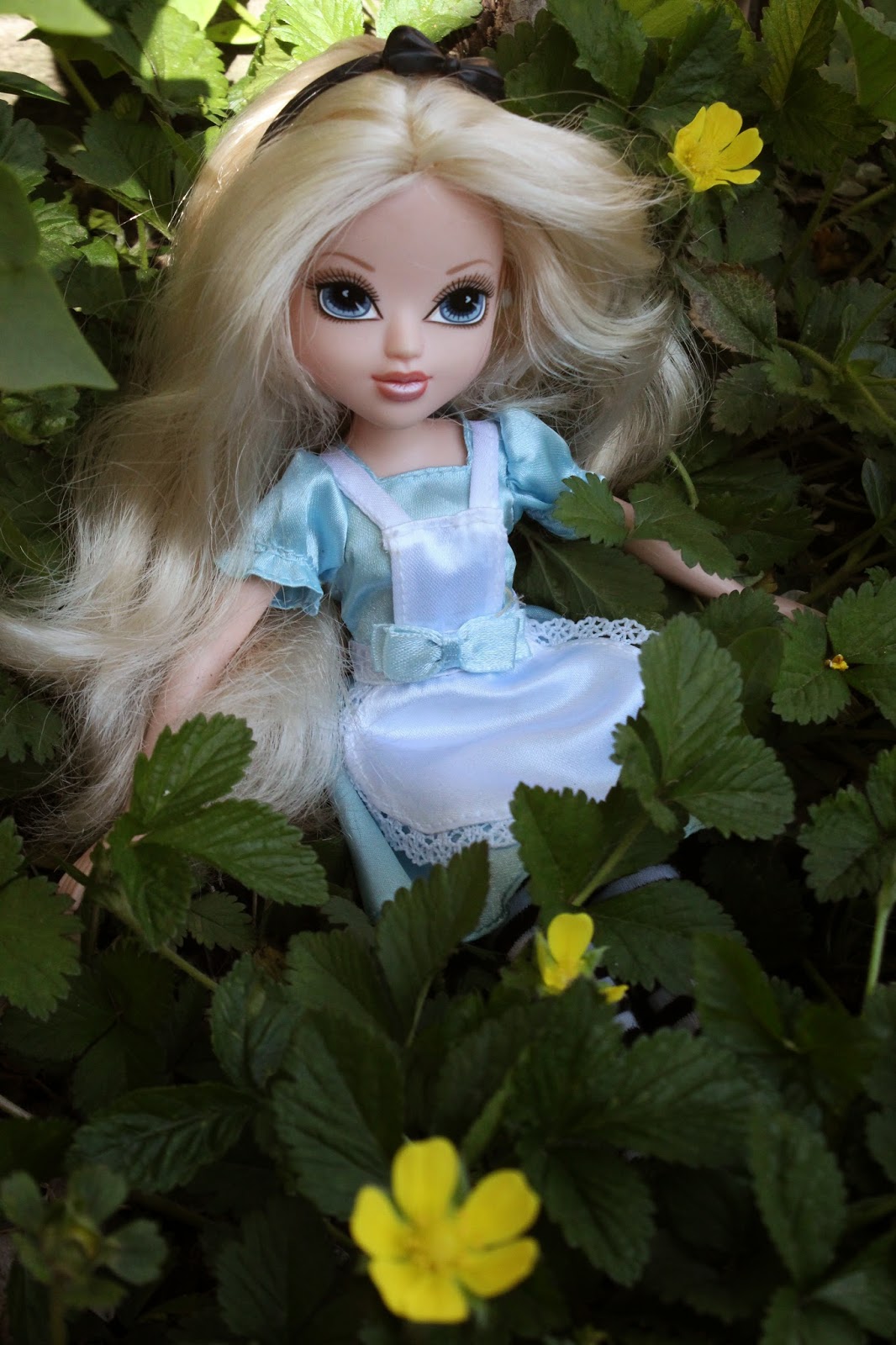 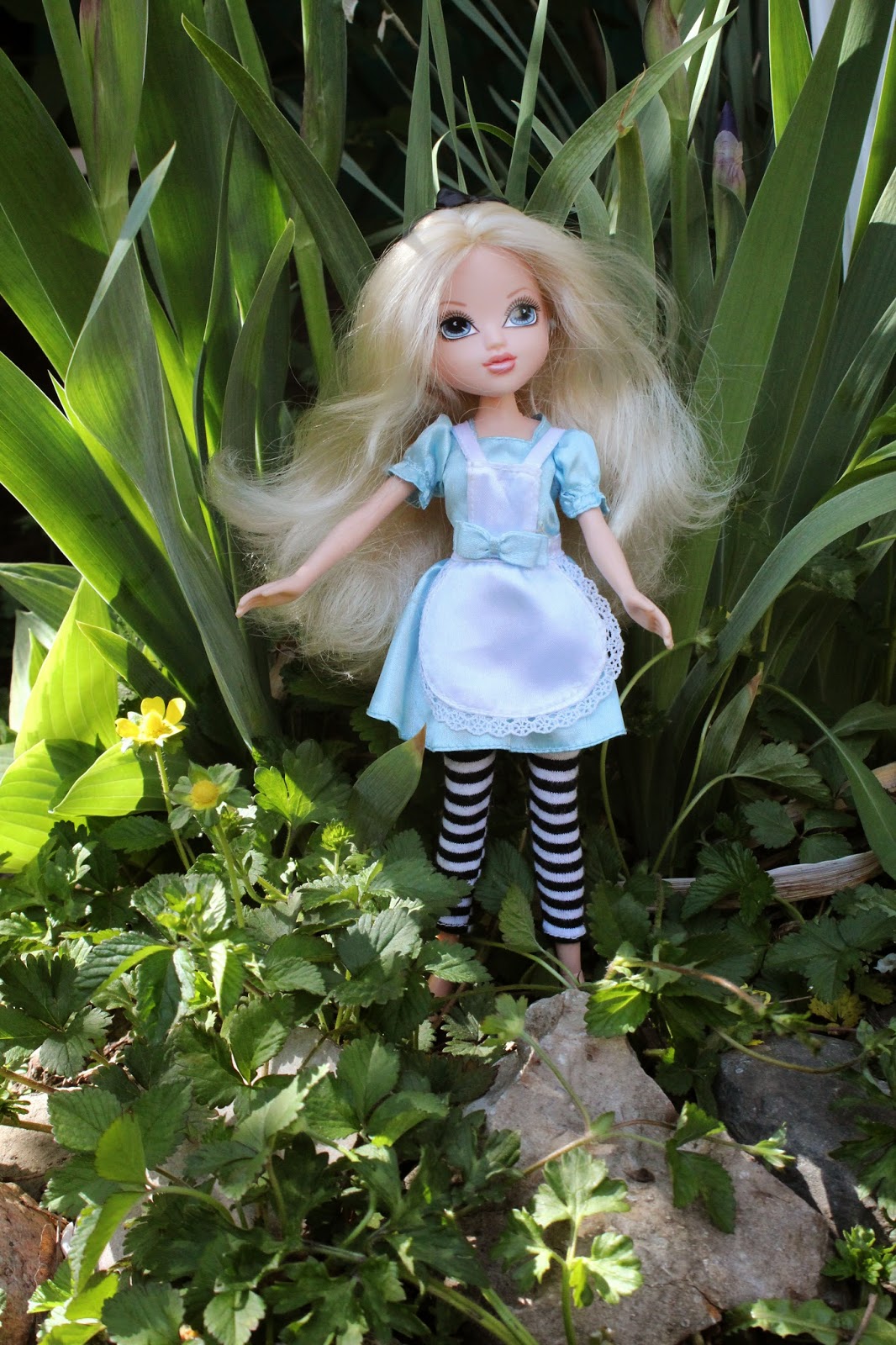 With her leggings and shorter dress, she's a little non-traditional, but I like her.Her dress is nice, and I like the striped leggings. If I wanted to, I could steal them for other outfits. 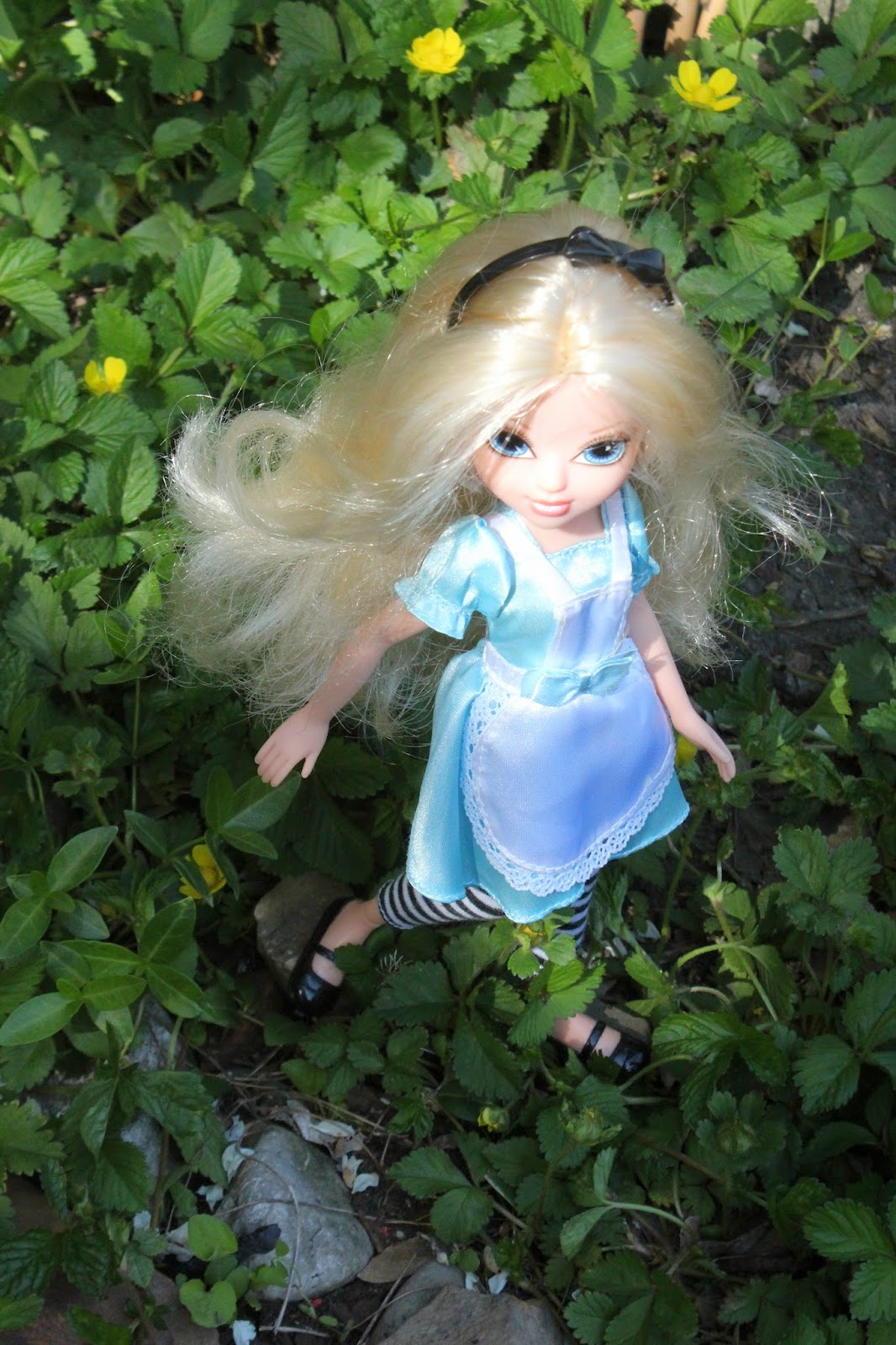 The leggings are probably because the feet are removeable, like Bratz feet. I hate that. Worse yet, they have slightly smaller ankle pegs than Bratz, so they can't share shoes/feet. 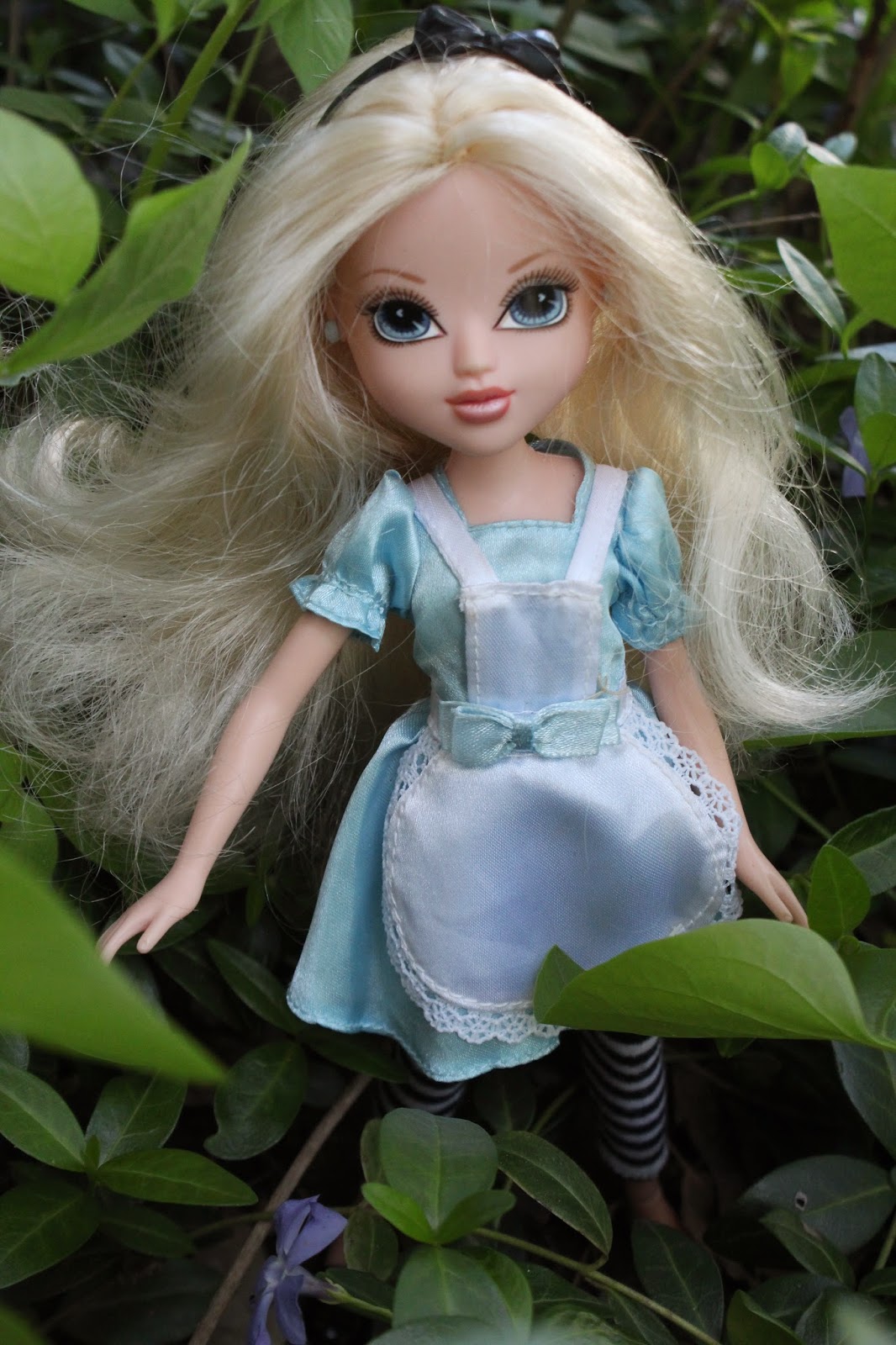 Moxie Girl are made by the same company that makes Bratz, but they look much more innocent. 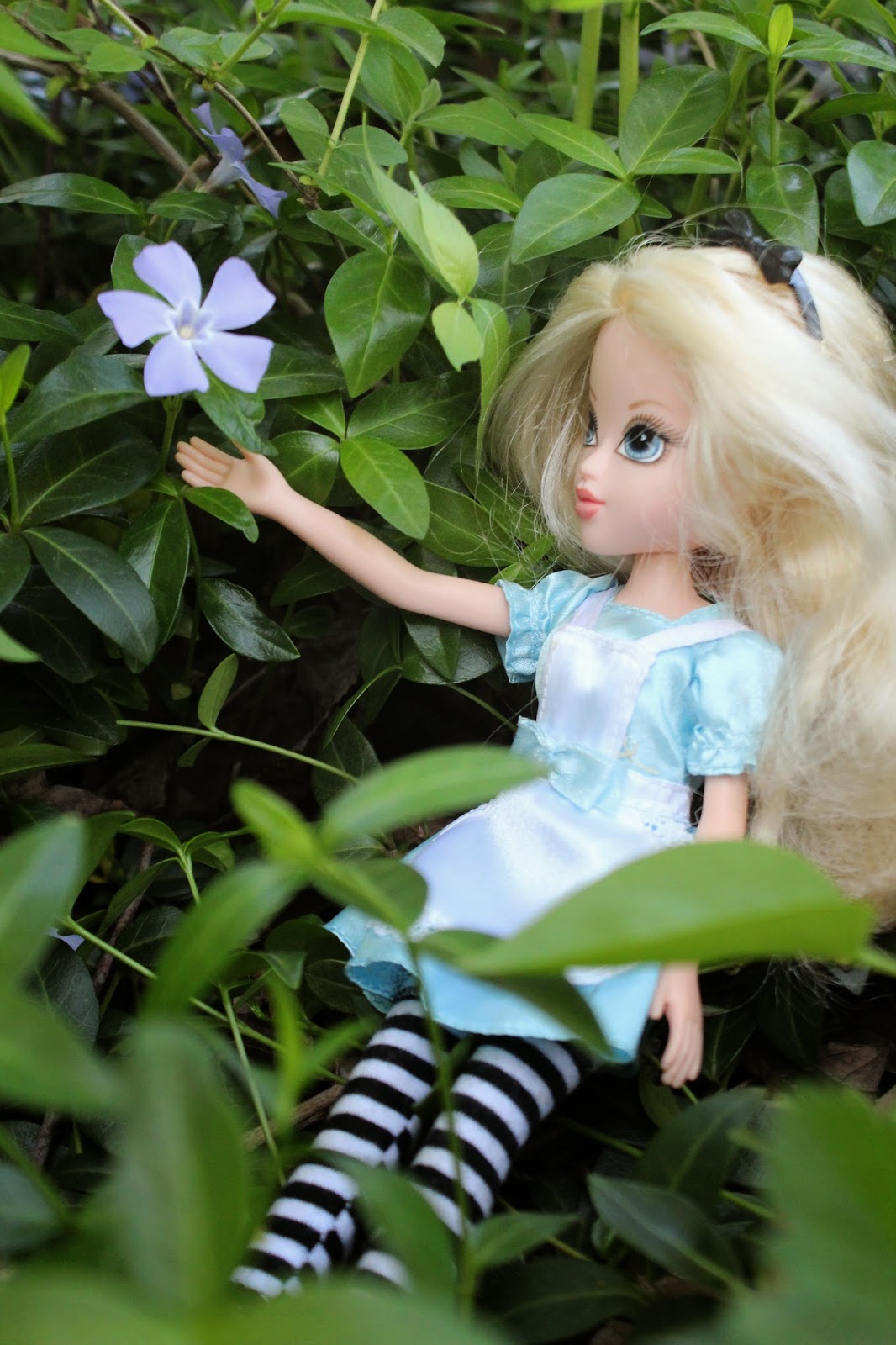 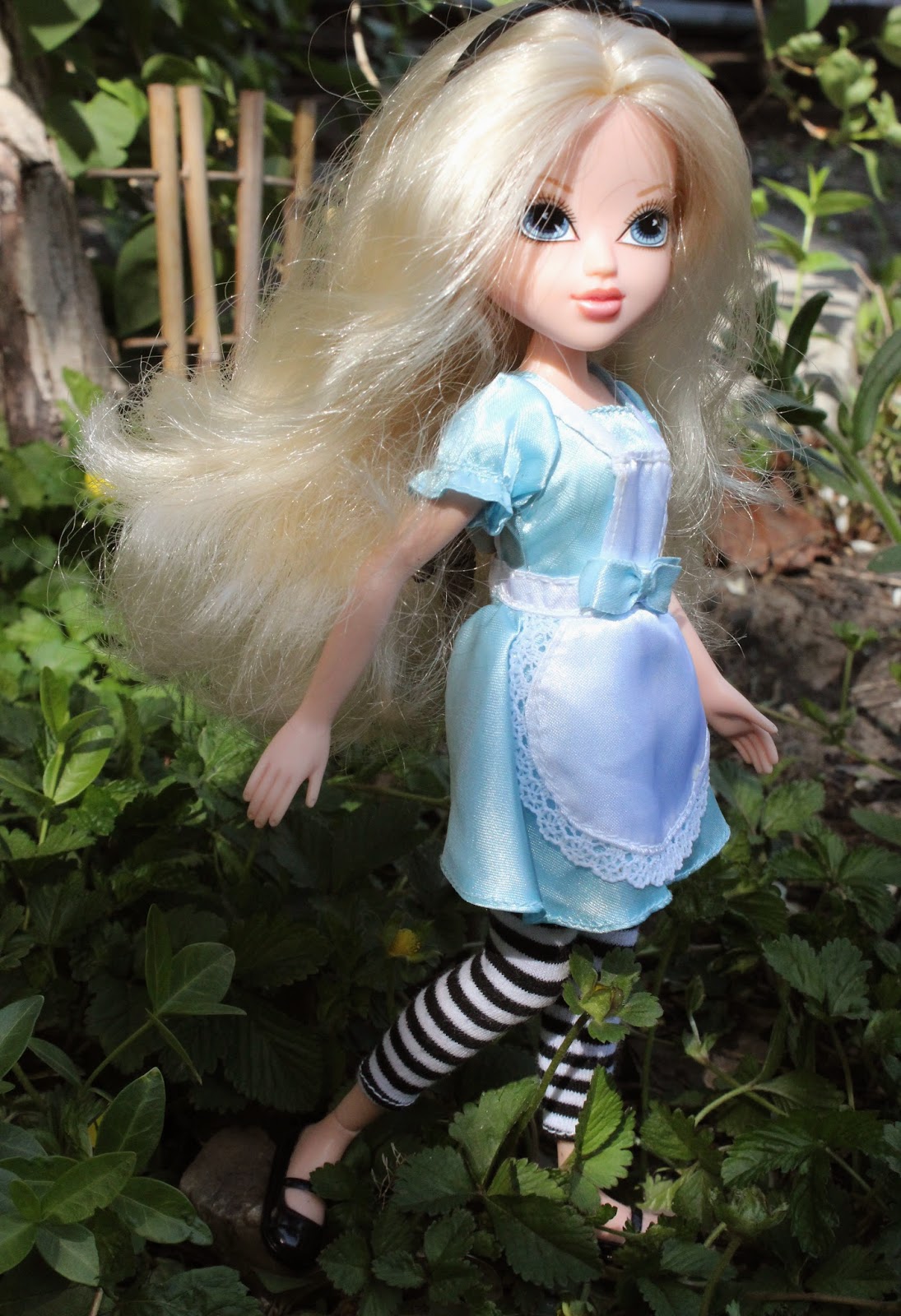 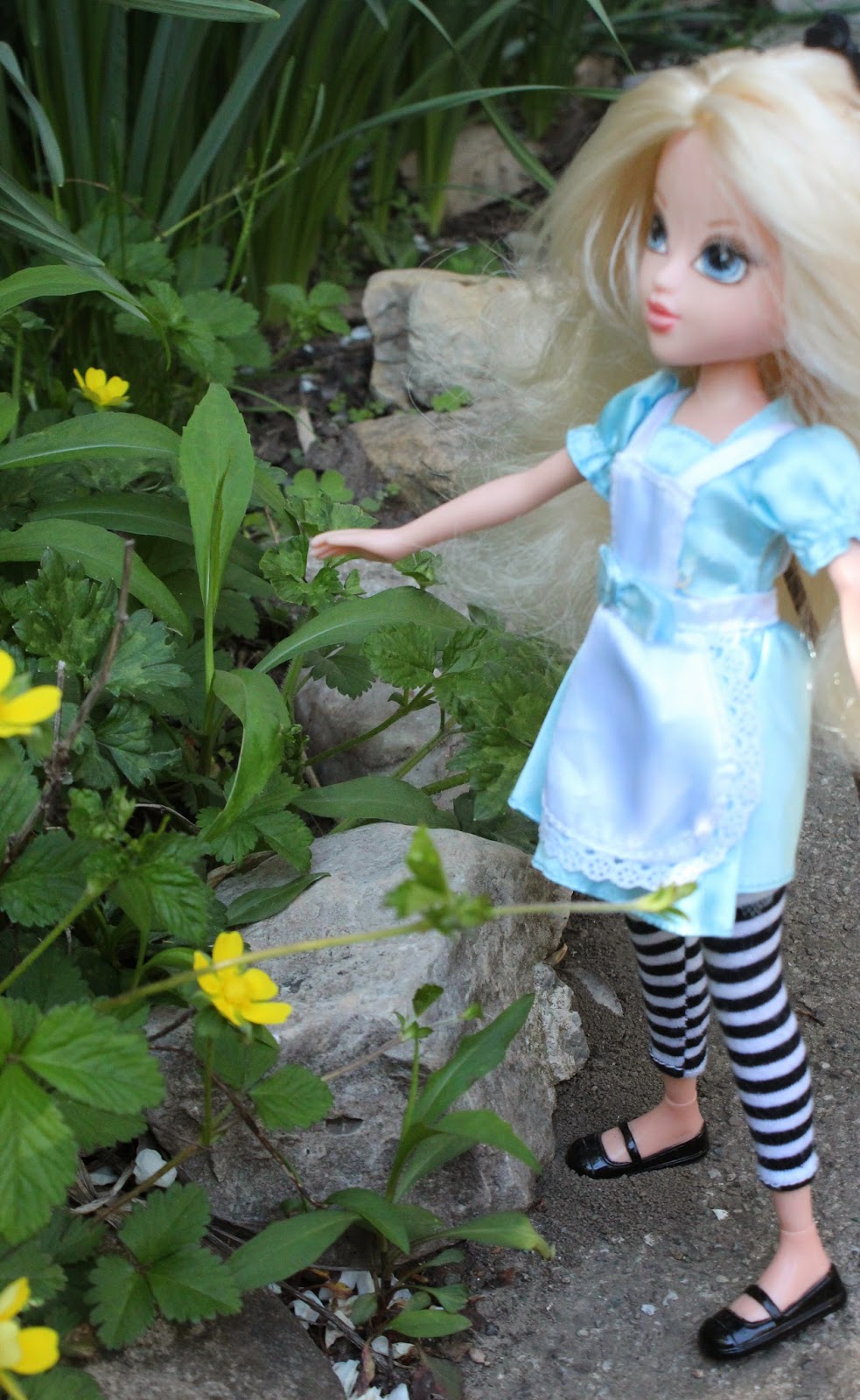 She even has her 'Alice band' too.(Even though she's actually supposed to be Alice in Wonderland. Alice only wore the hairband in Through the Looking Glass.The same goes for the striped stockings. I can give a little on those points though.It's hard to remember which was which I guess.) 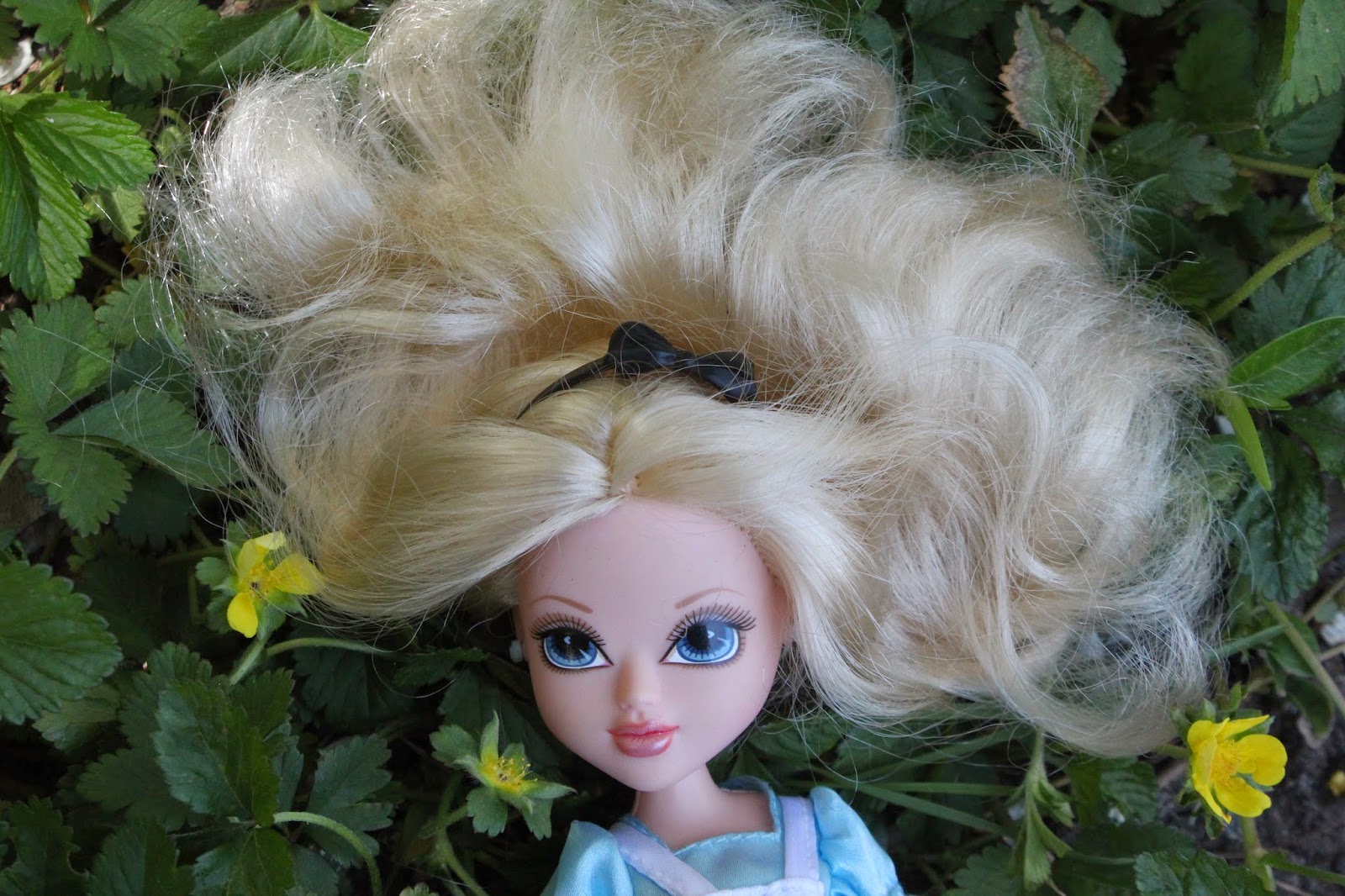 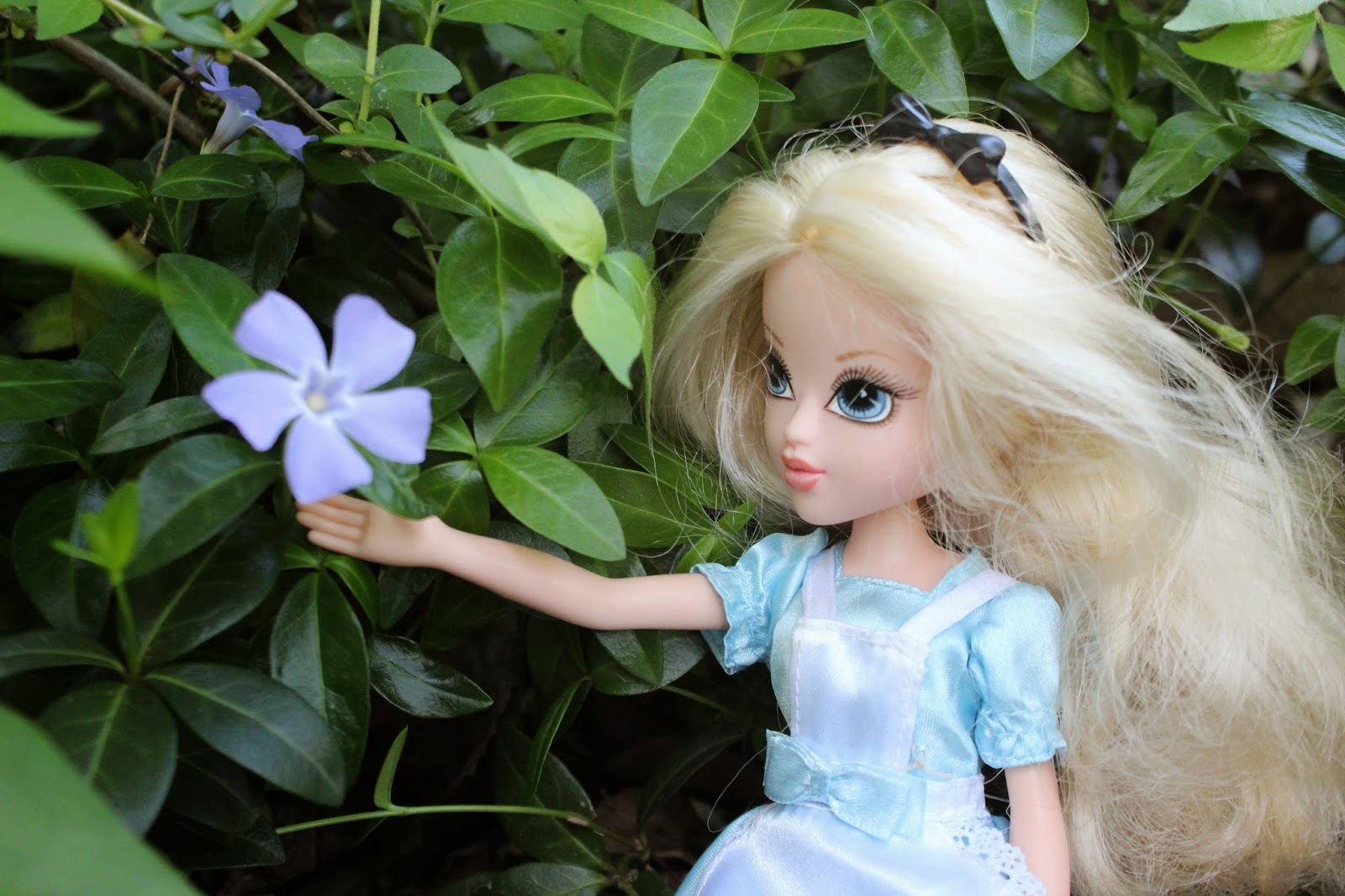 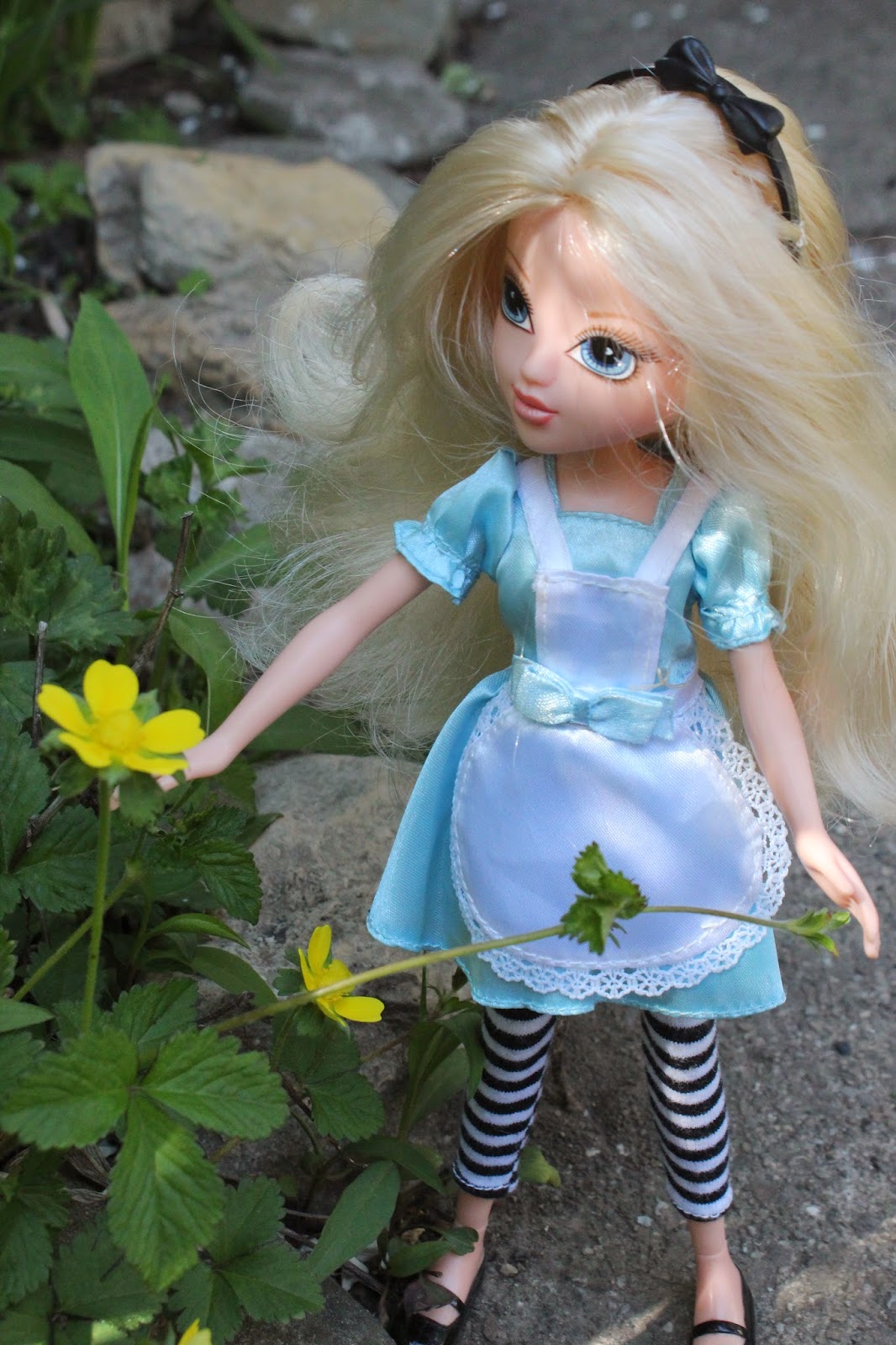 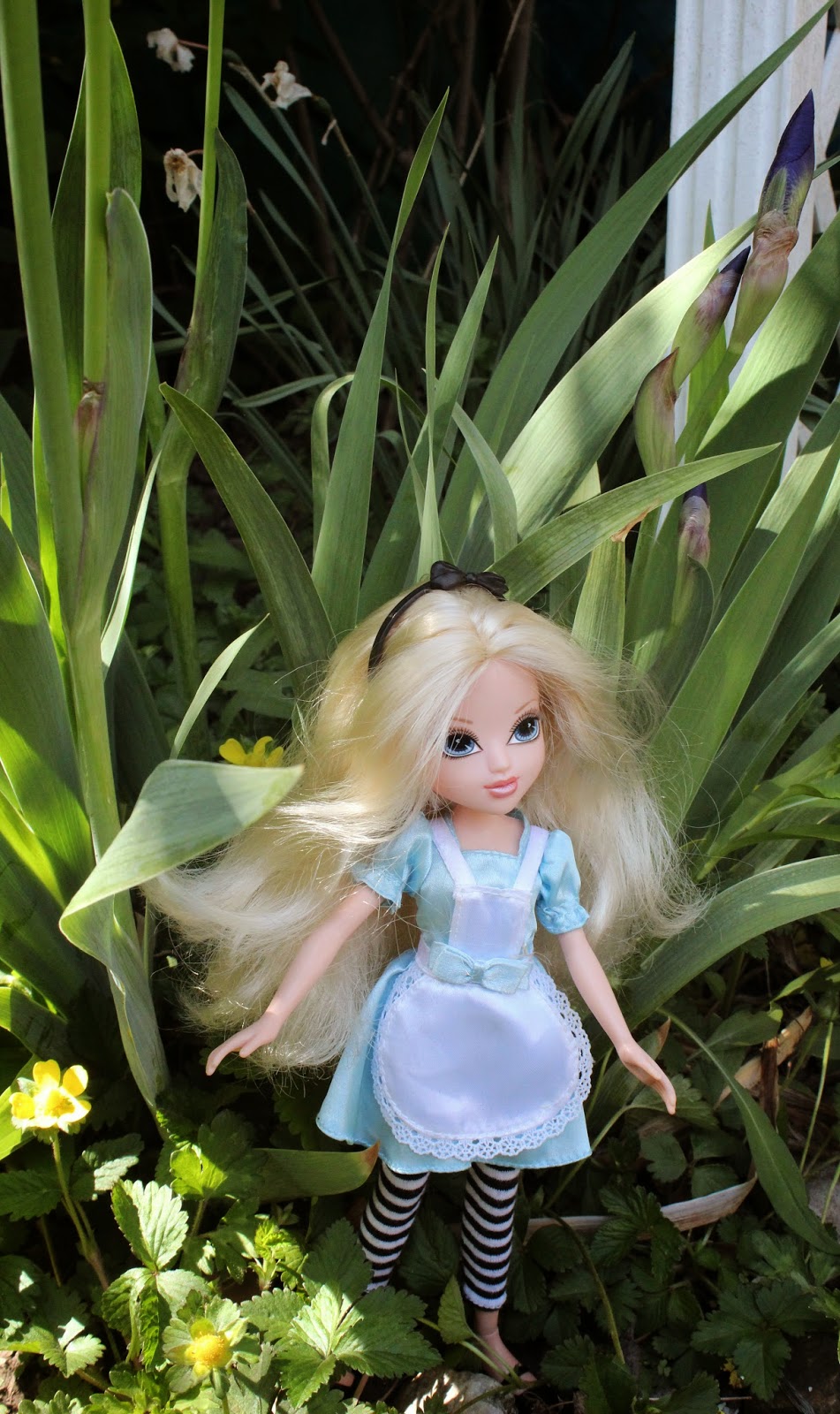 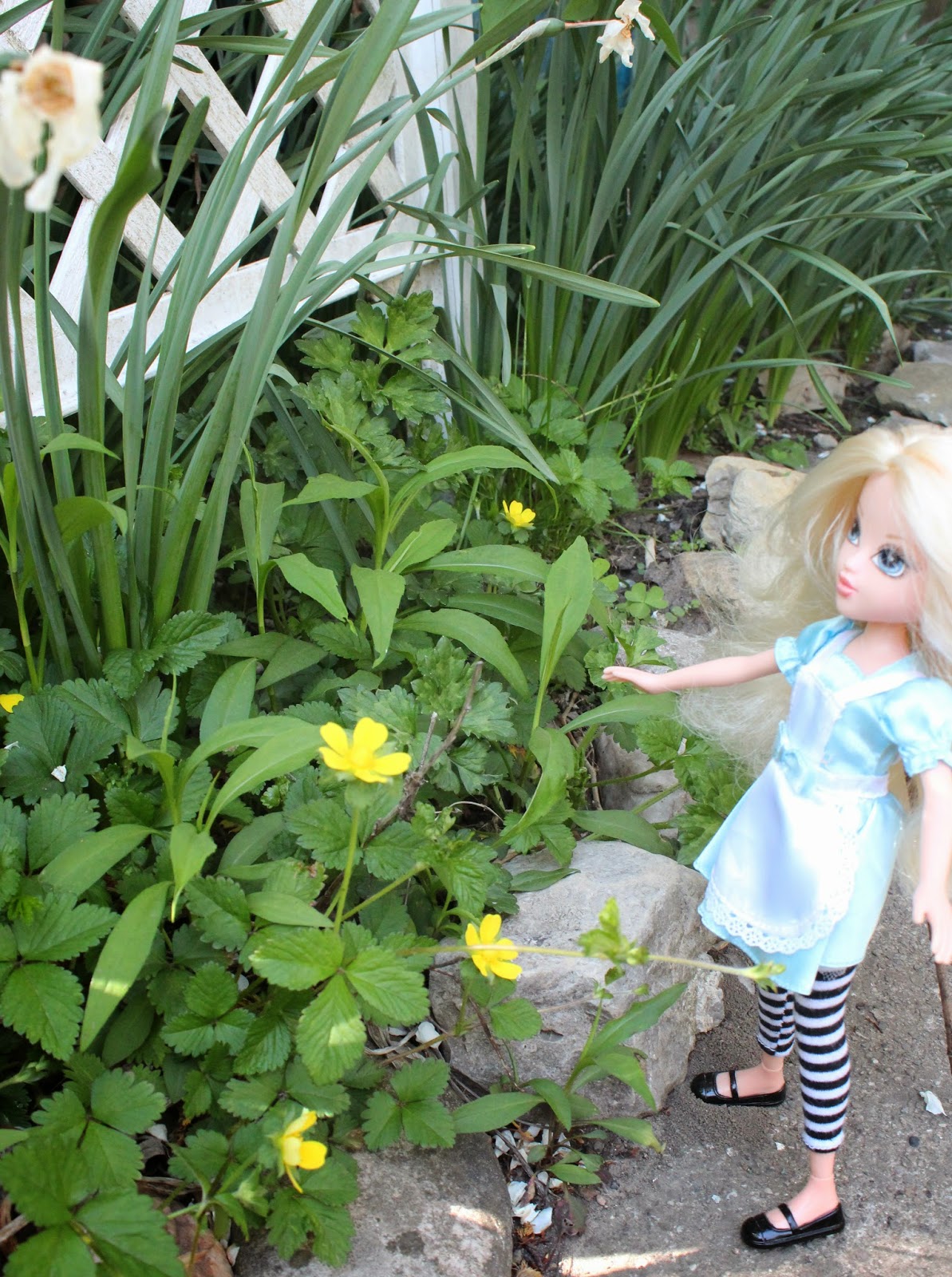 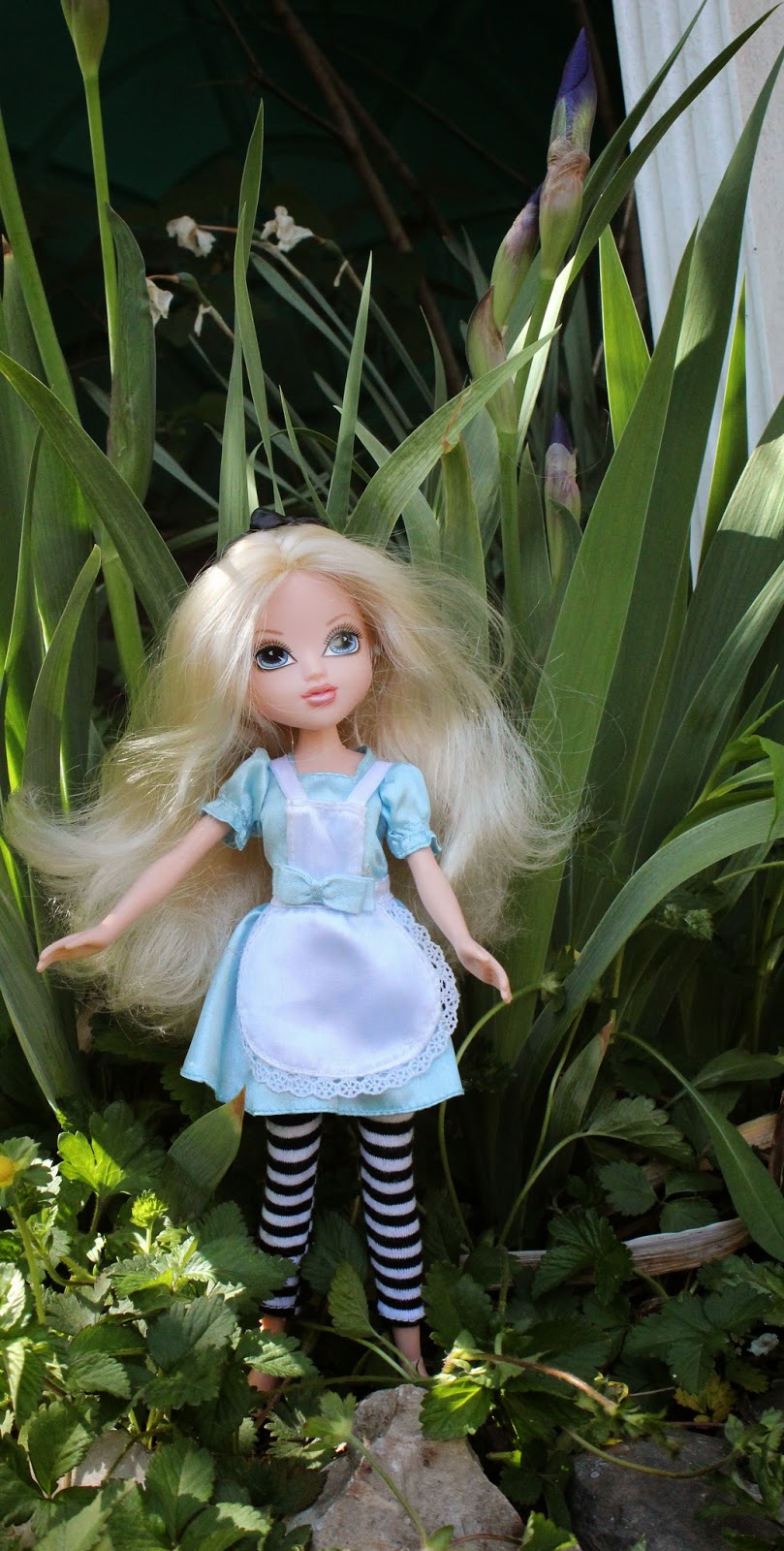 Tomorrow we'll look at another doll of my own making, but he has an Alice connection too.
Posted by Tam at 6:11 PM