Today's doll is a multitalented girl. 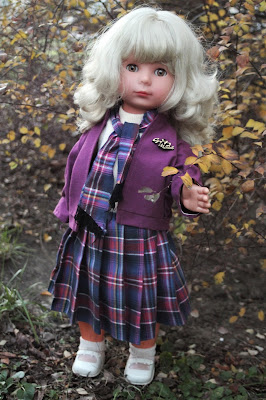 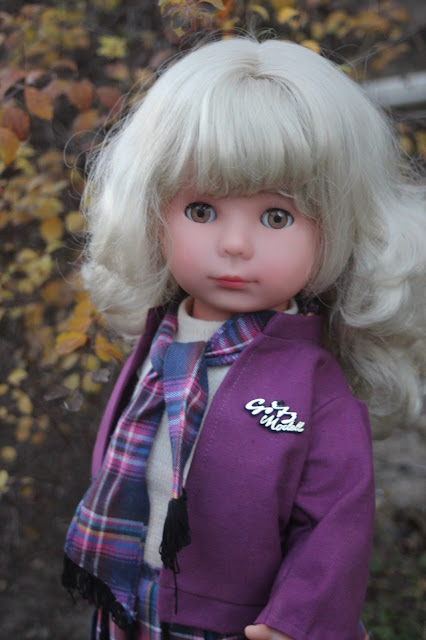 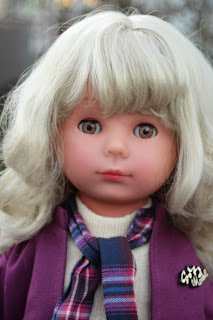 The plastic tag sewn to her jacket says Gotz Modell. 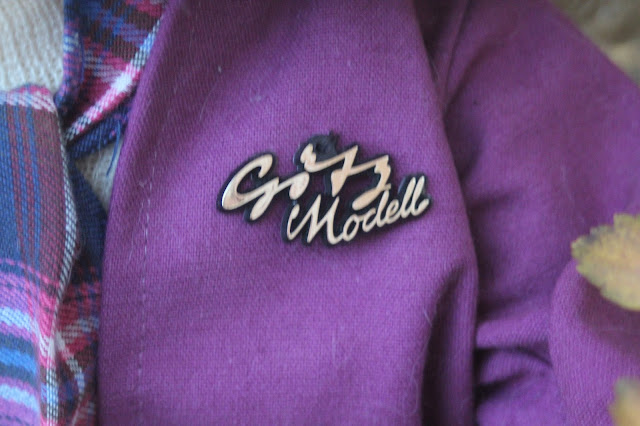 Her talents include singing and walking. 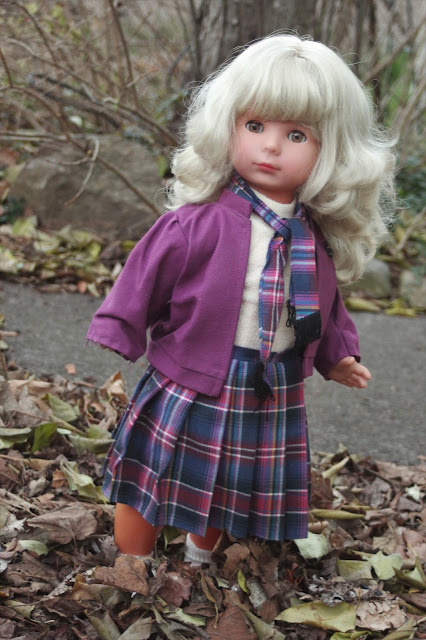 She sings "Jingle Bells".  Her walking sounded like it was going to start for a second, but then it did nothing. We're going to clean out her battery contacts tomorrow and see if we can get her walking. It seems she would walk like Baby First Step if we got her going. 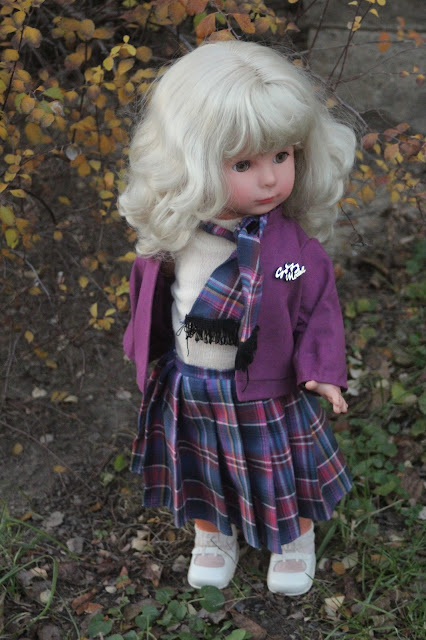 She can also close her eyes, but you have to lay her down for that. 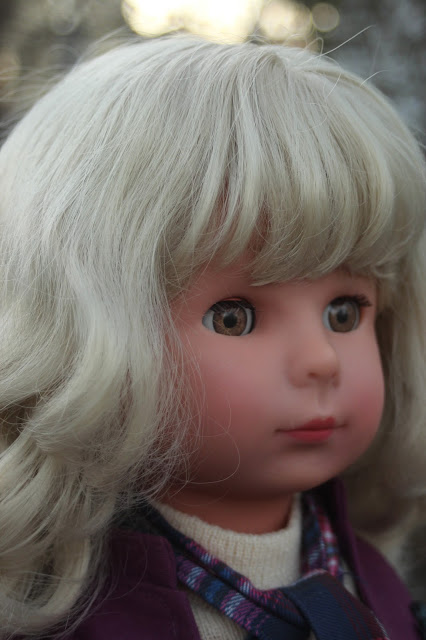 And she has brown eyes.Dolls like this almost always have blue eyes. I appreciate that Gotz  realizes not everybody has blue eyes, or wants a doll with blue eyes. 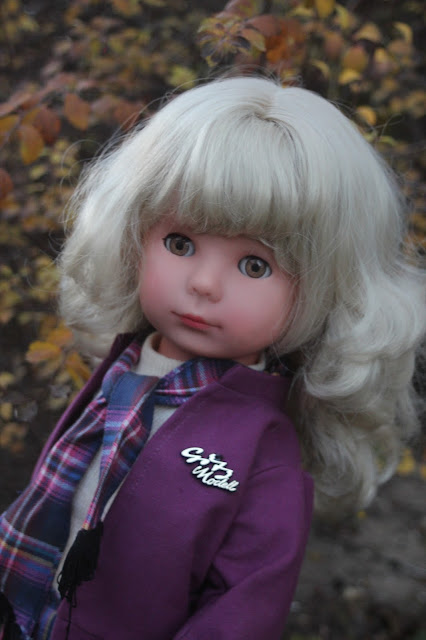 She has a big fluffy head of ash blonde hair. 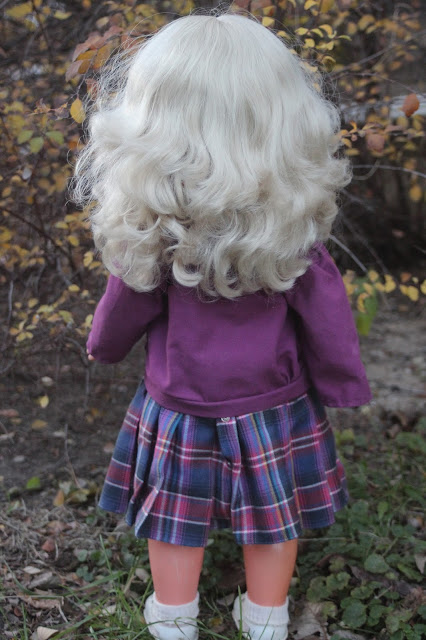 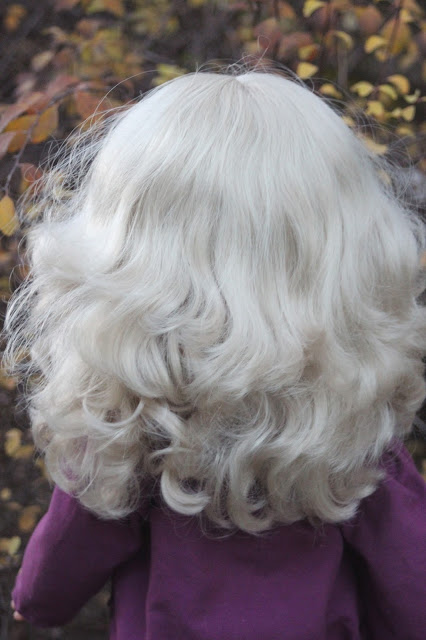 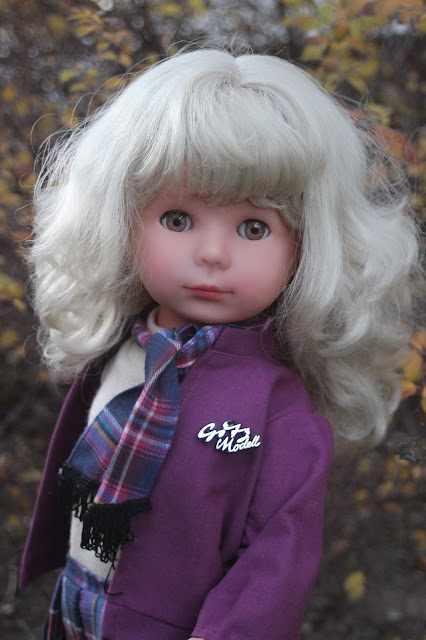 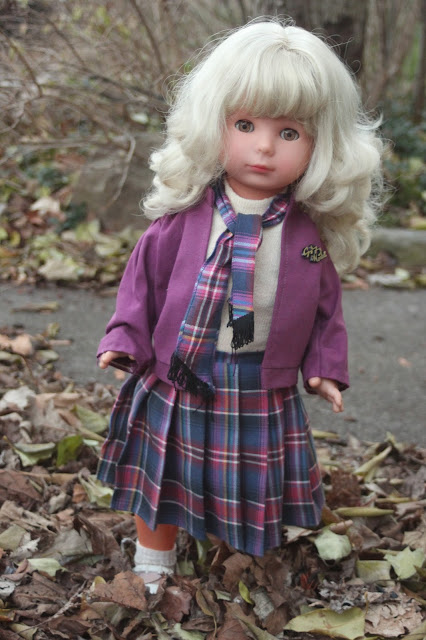 Under her purple jacket she's wearing a knit shell. 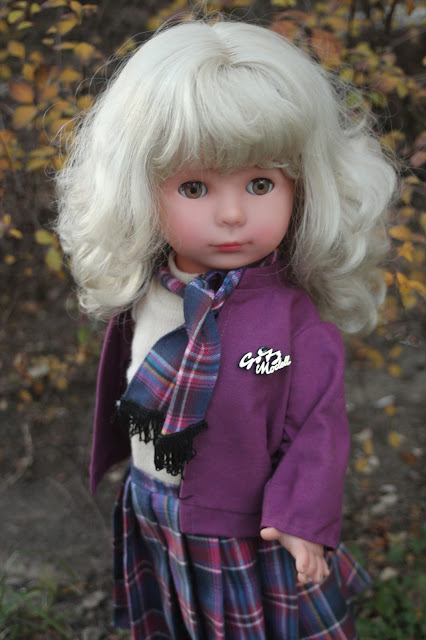 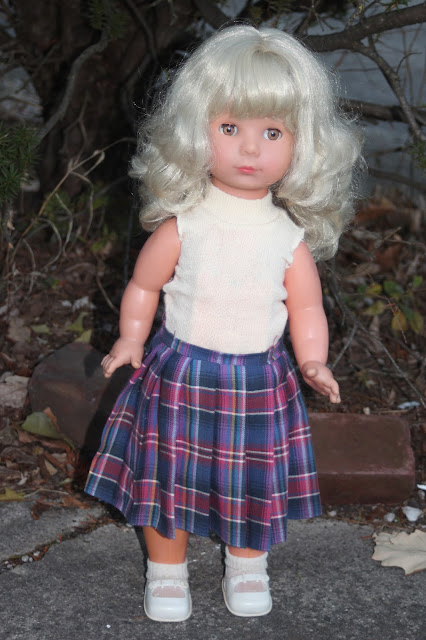 At least, that's what those types of sleeveless blouses used to be called. Now everything is a 'top'. 'Top'! That's a placement, not a piece of clothing. That usage really gets on my nerves. Call it a 'shirt'. Call it a 'blouse'. A 'top' is one of those spinning toys! 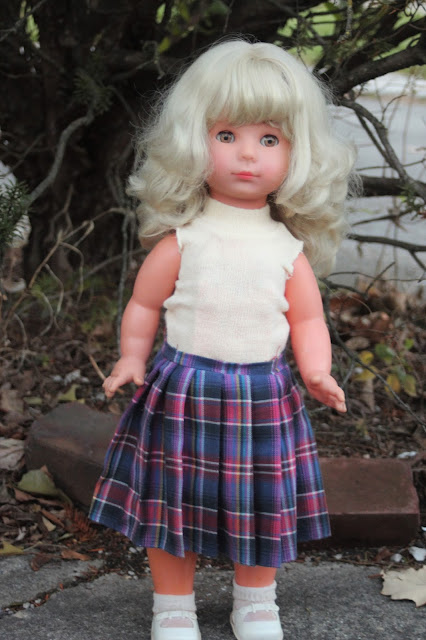 She looks like she's been working out. Check out those muscley arms.

Her skirt snaps, but I'm not sure if it's supposed to snap in the back, or the side!

It matches her scarf. 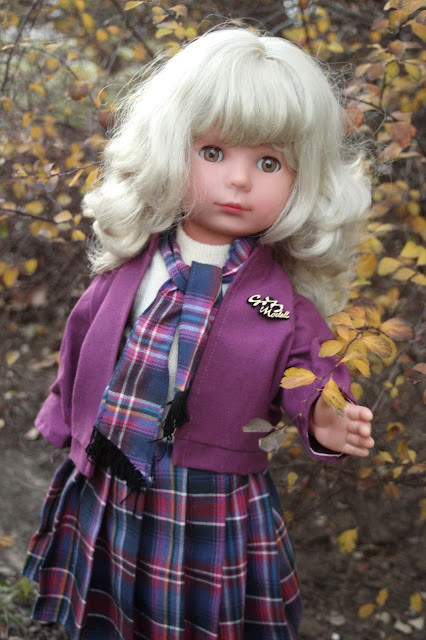 I'll update if I get her singing again and let you know what her song is. 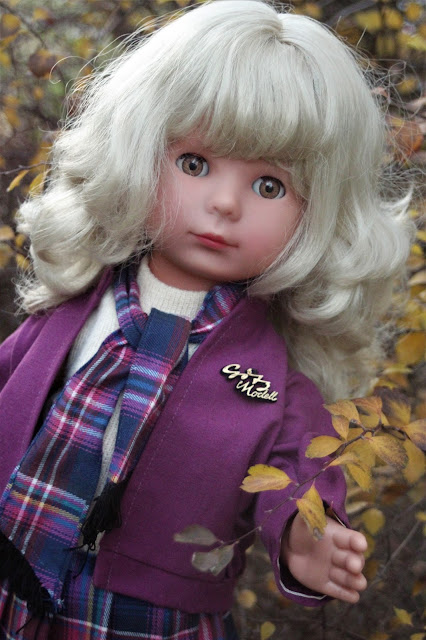 Tomorrow we'll see what other doll I have dug up around here lately. I've been surprising myself with what I've been pulling out. As I have said, we used to do doll and toy shows, so we have tons of stuff, and I've been trying to get rid of a lot of things. I've been excited by some of the things I've found to share with you. Some of it's pretty interesting and not often seen. (It certainly hasn't been seen by me in a while!)
Posted by Tam at 2:23 AM