Ivy is off working with Emma this weekend, so I have been all by myself, (While Ken's at work,at least.),since yesterday. I've spent my time hanging and unhanging laundry,doing dishes,working on some sale listings for some things I need to get rid of,watching YouTube videos,and trying to get the cats to take their pills. Whoever thought pills for cats were a good idea?! Cats won't take pills. Our dog Piper had to take a Prednazone for her nervous disorders every day, and that was far less of a pain than trying to get a cat to take one pill. With a dog you can pop the pill in their mouth,hold their mouth shut and just rub their neck until they swallow. They may not like it, but most will put up with it. I will say,Piper would spit her pill out if given half a chance,which unfortunately everybody else in the house gave her. Many times I'd find her pill in the floor the next morning. That's why everybody usually relied on me to give her the pill. Of course, I'm the one stuck dispensing cat pills too. Yesterday I  was gifted with a claw in my index finger in exchange. Mow didn't mean to spear me,but he did NOT want to take that pill. I put the pills in soft cat food,but Mow ate the food and left most of  the pill bits! He's not stupid,(In spite of that blank stare he often has.). Everybody else wouldn't even touch the food! I ended up letting the pills,(and the rest of Mow's.) get soggy and smashing them into a greasy paste,which I smeared on their hard food. They're taking those pills one way or another!
Today's Shrunken Saturday feature is this little guy. 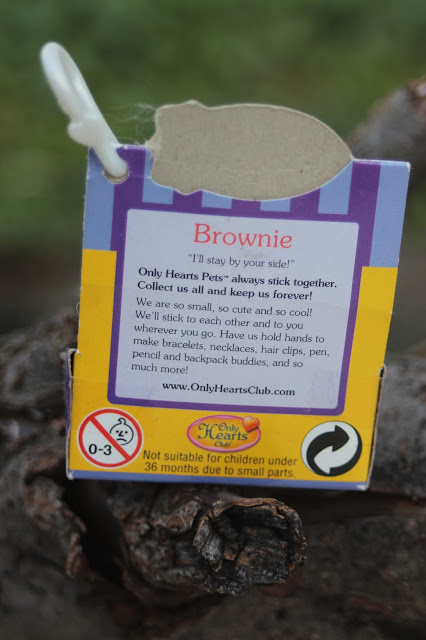 The Only Hearts Pets were an offshoot of the Only Hearts Club dolls. On the back of his box it says the Pets will 'stick together',and that you can have them 'hold hands to make bracelets' etc. They manage these feats using the Velcro on their paws. 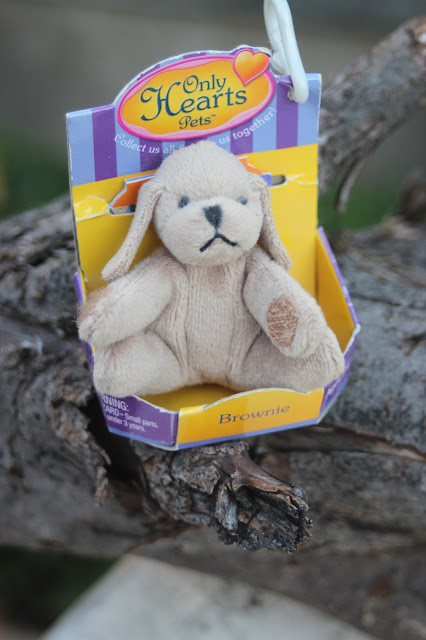 They also came with a clip,so they could be attached to back packs or whatever you wanted to clip them to. 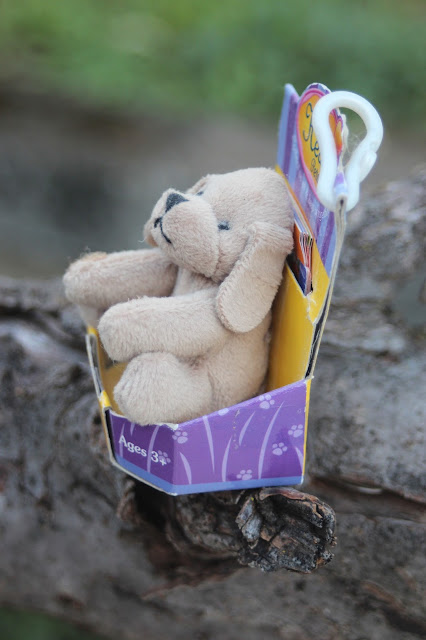 There were other pets sold for the Only Hearts Club dolls that were more realistically designed, and more in scale to the dolls. The Pets actually seemed to be more like stuffed toys for the dolls.

In 2010 McDonald's offered a collection of Only Hearts Club Pets. Those Pets came without boxes,in the usual Happy Meal Toy bags. To prove my idea that the Pets were actually more intended as toys for the OHC girls, or as toys on their own, as opposed to actual pets, the McDonald's line included a Penguin, a giraffe, and an elephant. 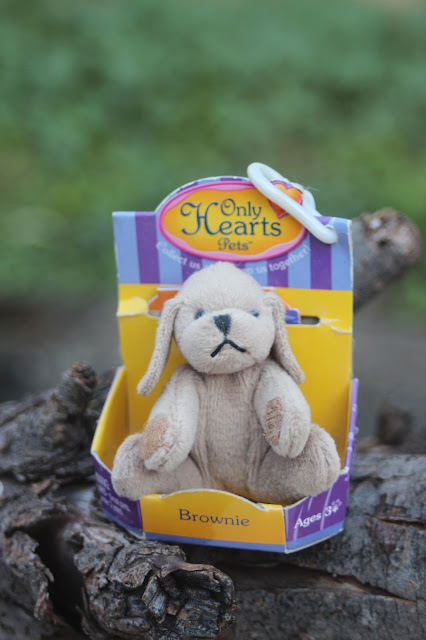 I found this little guy at my favourite Goodwill recently. You don't see them in their boxes much these days. In the box,they look like a miniature version of a regular sized stuffed toy in an open front box. They would be cute in a mini toy store diorama. (Without the 'giant' clip, obviously.) 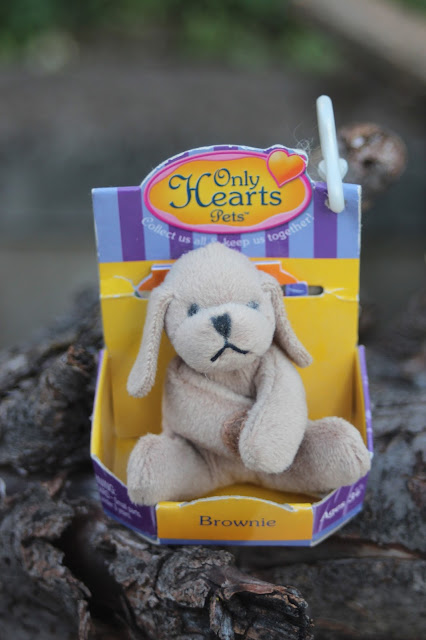 The Only Hearts Club dolls are some of my favourites. We'll have a look at them in upcoming posts.
Posted by Tam at 7:15 PM