Ken and Ivy didn't want to go back to Indiana yesterday,so I had trouble getting them out of the house. It's a four and a half hour drive each way. By the time I got them on the road,it made coming home very late. We had to stop and sleep a bit in order to make it home safely. We got home way into the morning, so my post was delayed. But I'm catching up by doing two posts today. My year of daily posts is nearly up,and I'm not ruining my record now!
Today's doll is one of Ivy' again. She's this lady. 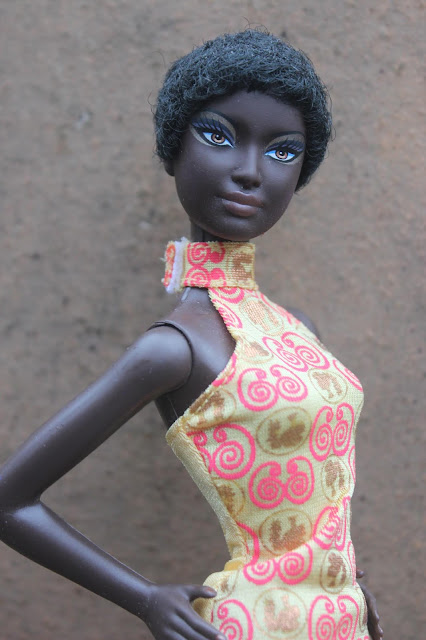 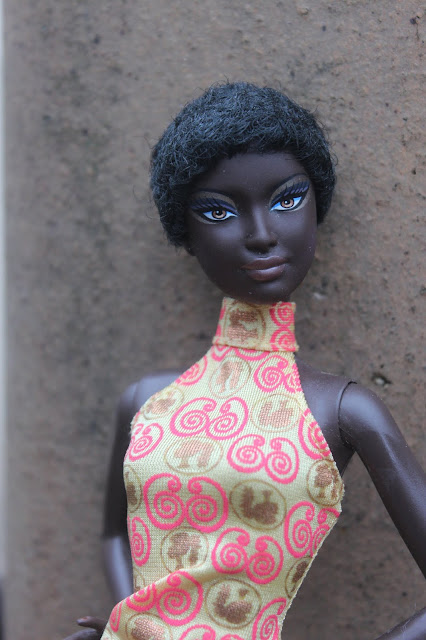 Ivy has redressed her in 2010's So In Style Kara's dress. She would have originally come in a short, black dress. 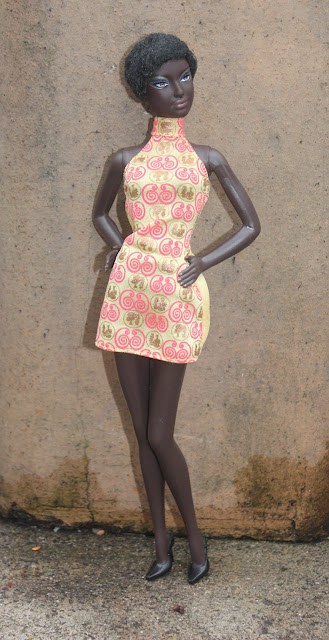 She has the Model Muse body. 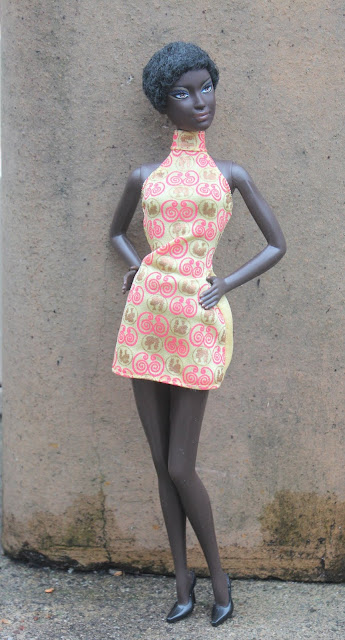 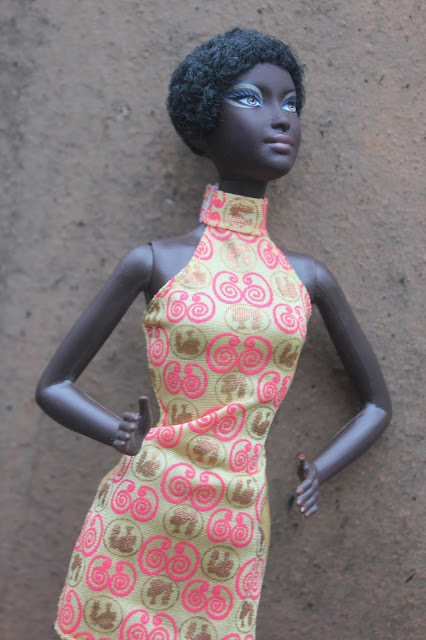 She also has the Goddess face sculpt. 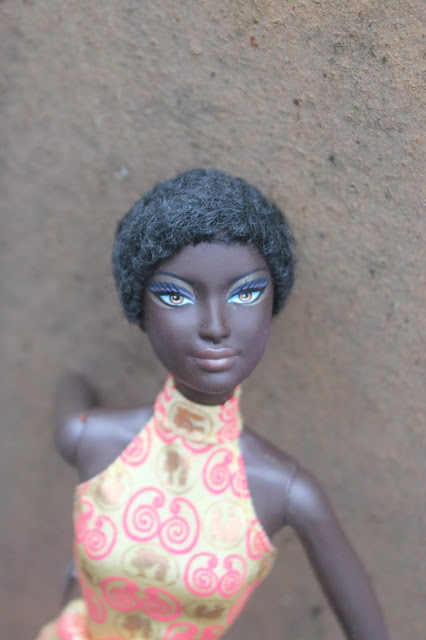 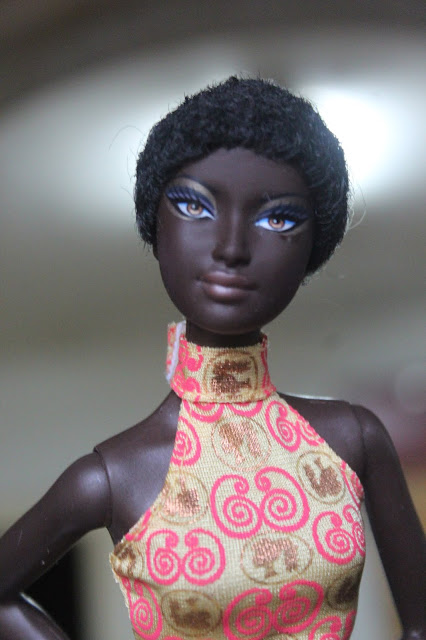 I thought she would have rooted eyelashes, but she doesn't. 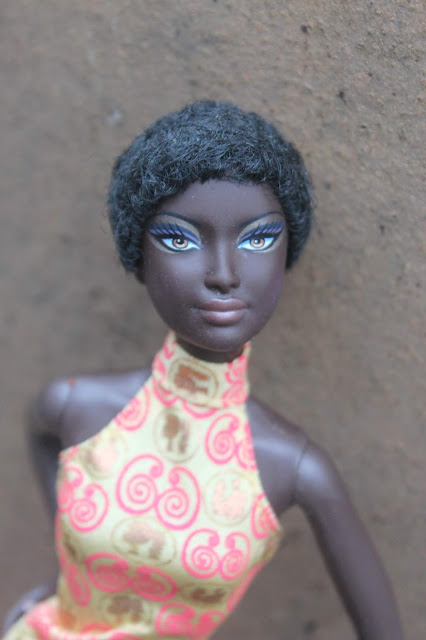 I don't know what the difference in her vinyl is,but she is a dust magnet. I wiped her down several times during her photo shoot,but she still managed to be covered with dust as soon as I was finished cleaning her off.
That's it for this doll. My usual post for the day will be up later. See you then, and again tomorrow for another doll.
Posted by Tam at 3:26 PM