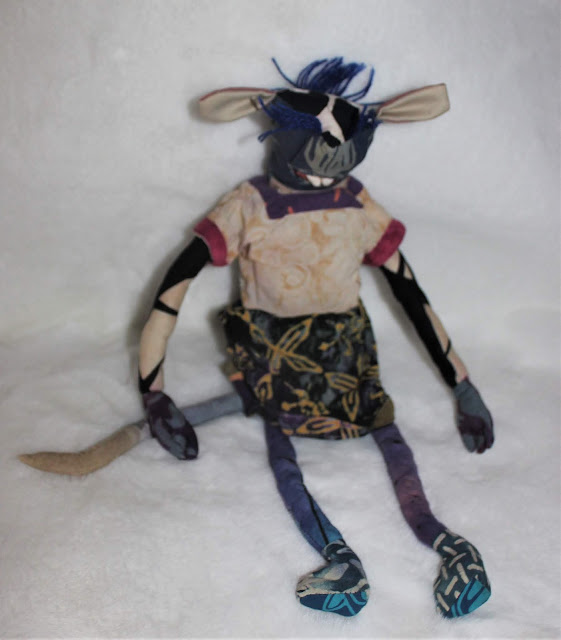 Look at this thing! I found her in Ivy's stuff and I honestly don't remember her at all. I asked Ivy, and she doesn't remember her either. She looks like something that would be sold in Yellow Springs,where my sister likes to hang out and has occasionally worked. It's a very artsy community, as well as having a lot of interesting shops that sell internationally made items. This...mouse? looks like she's made of some kinds of  non-American fabric. I thought maybe my sister gave her to Ivy, but she doesn't remember this girl either. 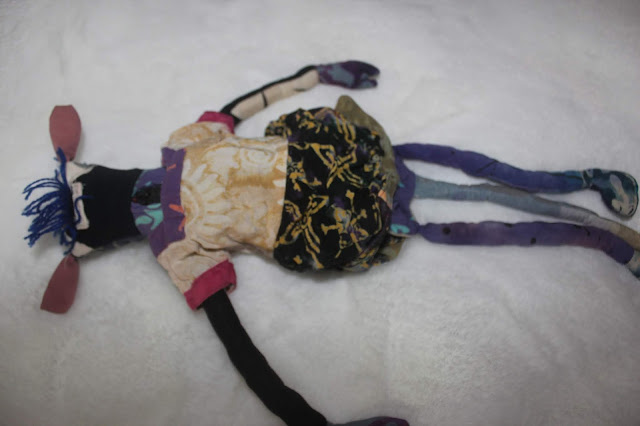 She,and I call her a 'she' because she's wearing a dress, has long purple whiskers and a sprig of purple hair on top. 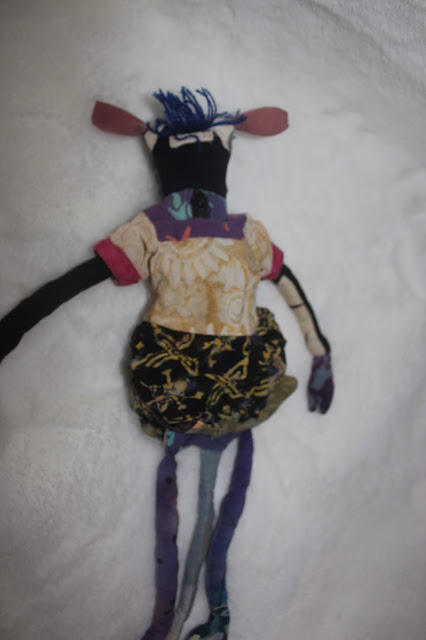 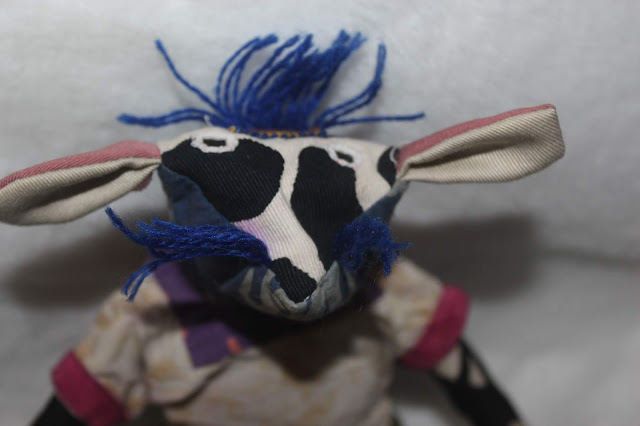 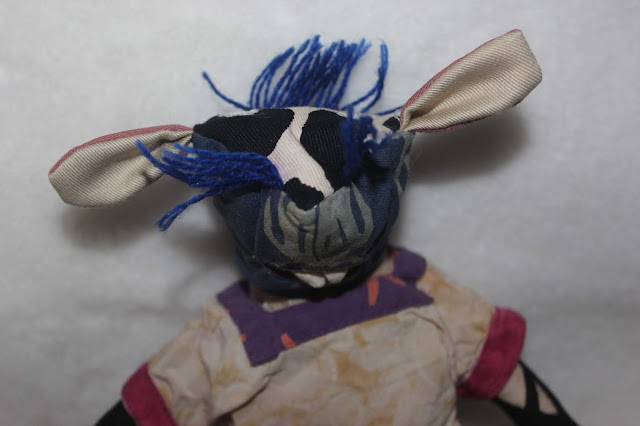 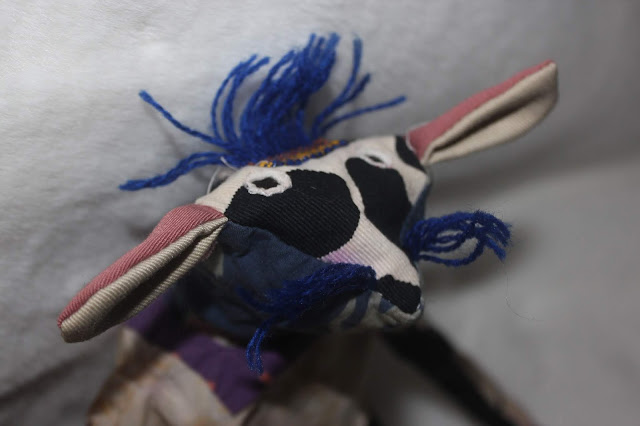 I think she's a mouse because she has big mouse teeth and a long, skinny tail. 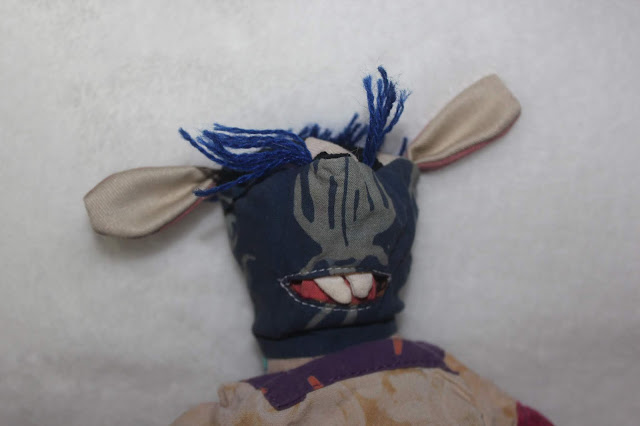 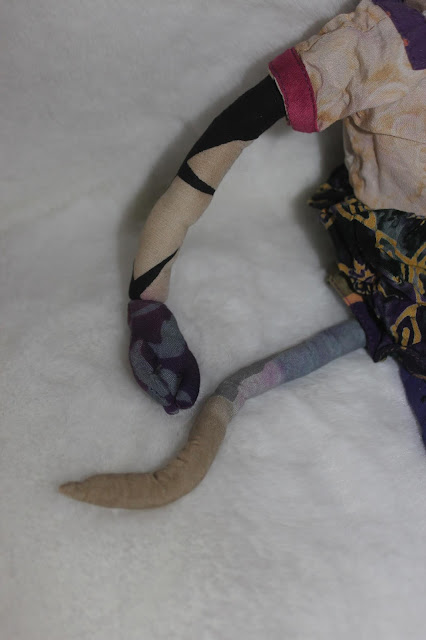 She also has fingers, but her feet are just shoe shaped. 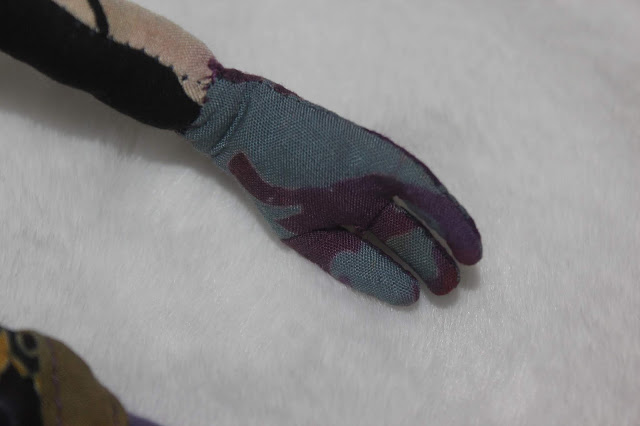 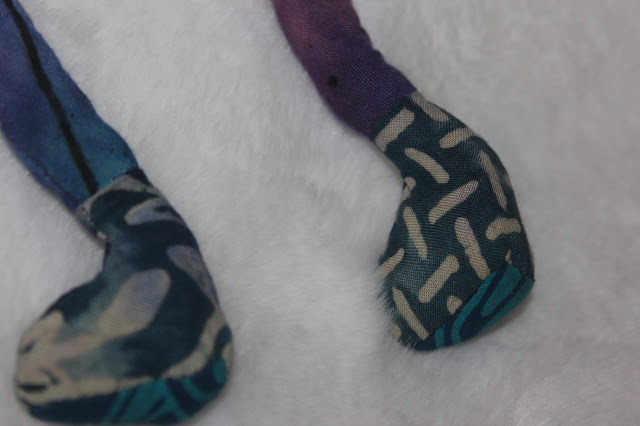 She has a secret too,which you may have guessed from the title. She has a zipper in her back. Hmm. What could that be for? 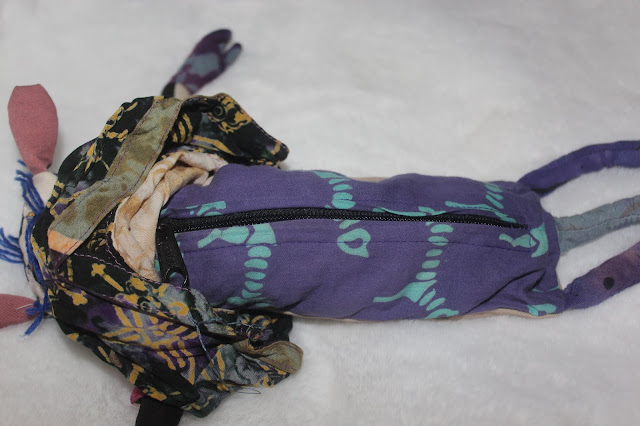 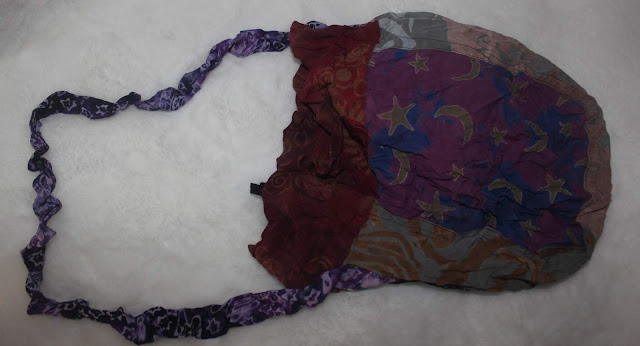 The purse pulls out of her back. When it's not out, it serves as her stuffing. 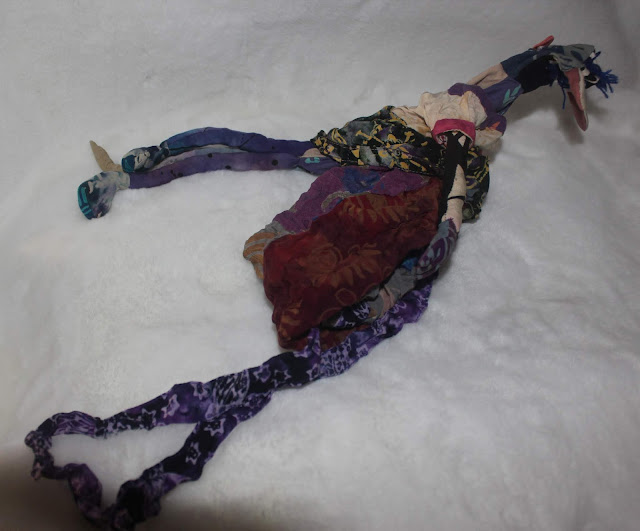 When I found her the purse wasn't stuffed up into her head,which is, admittedly, difficult to do. Her head was 'deflated'. The little black tab you can see at the opening of the purse is a drawstring. 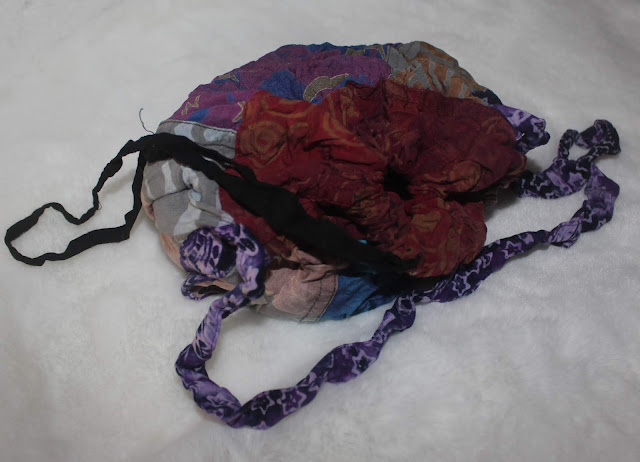 There is one more weird thing about this doll/purse. It's her mouth. It looked to me like the tongue was made of a piece of fabric that wasn't sewn down. Well it's not. 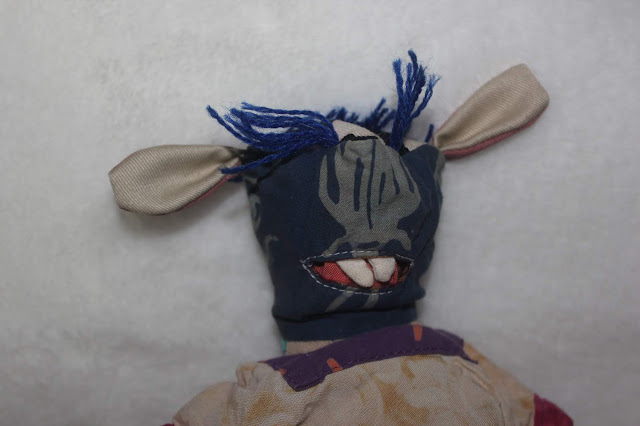 It had to be pulled out,and held down to look like this. 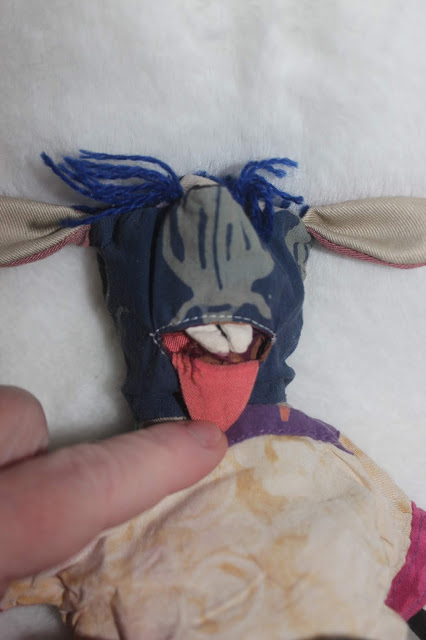 When I let go it did this. 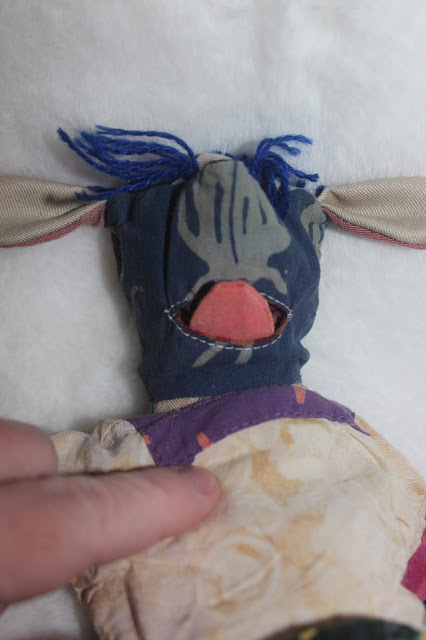 That's the doll for today. Tomorrow we'll see another of Ivy's dolls.
Posted by Tam at 8:15 PM