For the next week or so we're going to look at some babies and some kids. Today's doll is Tiny Lee Ann. 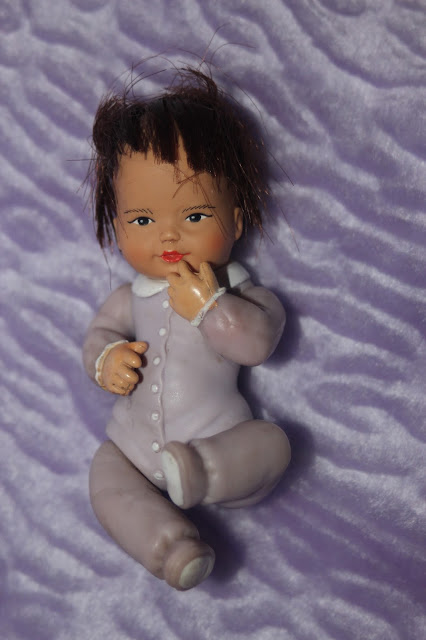 Tiny Lee Ann is from a line of dolls called Tiny Blessings,made by Bandai in 1987. 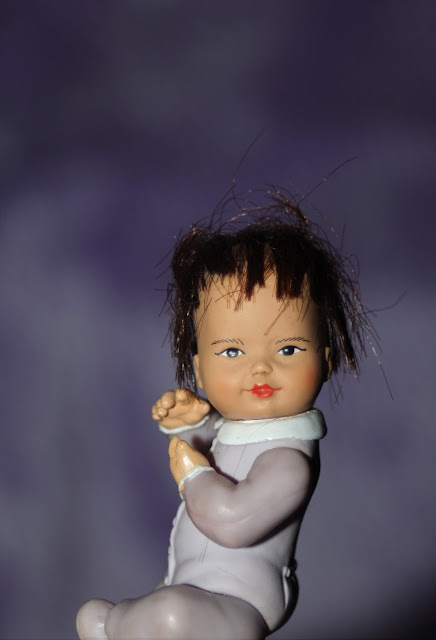 There were quite a few dolls in the line,including a couple of boys. 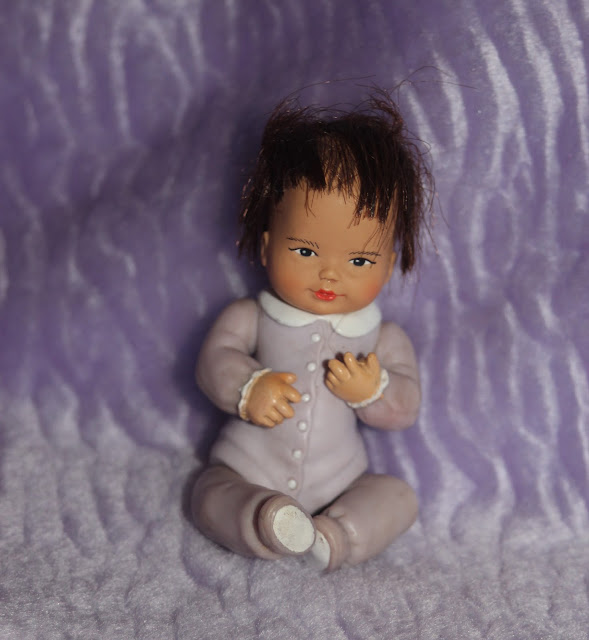 The standard dolls, like Lee Ann,didn't come with anything,but there were also some that came with a bunting.

There was a series that came with accessories like a rocking horse, a bath tub, a wagon,a play pen,a high chair, and a train. 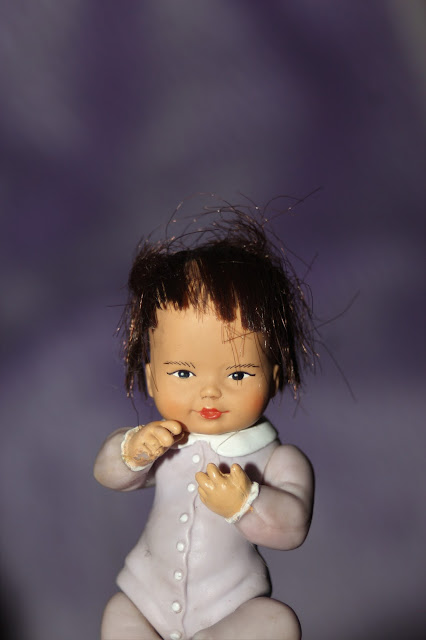 There was also one playset produced,a dollhouse,that looked suspiciously like the 1986 Mapletown Post Office for the Sylvanian Families animals. That was made by Epoch,which is Bandai, I think. 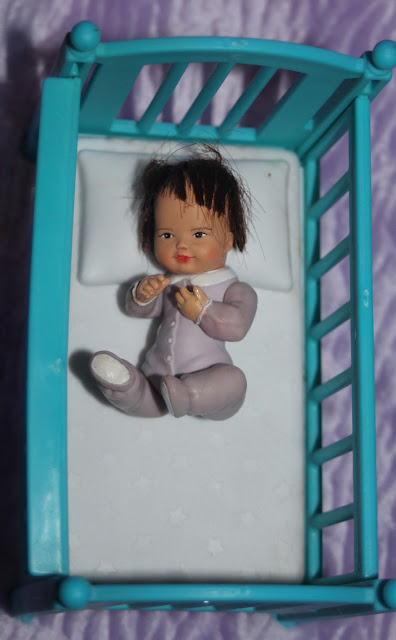 All the dolls had 'real' hair, and molded,painted clothing. 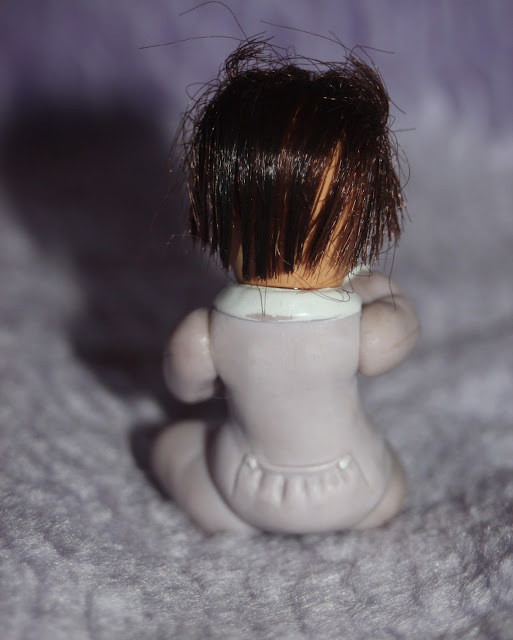 If Lee Ann looks like she's having hair problems, it's because she originally came with a teeny tiny ponytail on each side of her head. I'm not sure I can ever get those back for her! 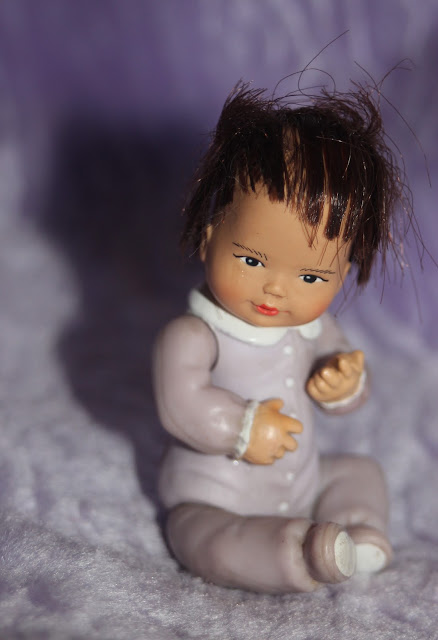 Lee Ann is about 2 1/4" sitting, and about 3" stretched out.There were some Tiny Blessings smaller than Lee Ann. 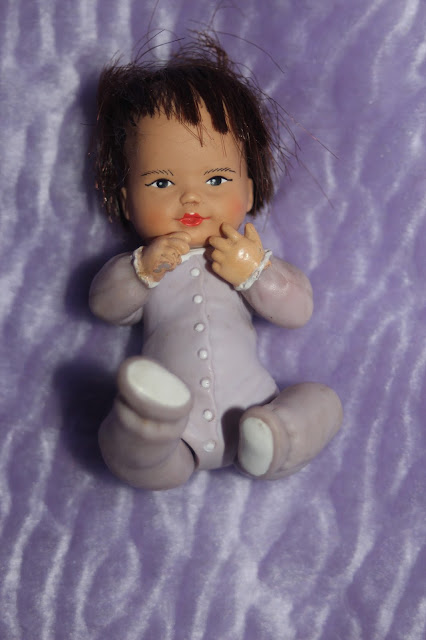 She's able to be posed in various cute baby ways. 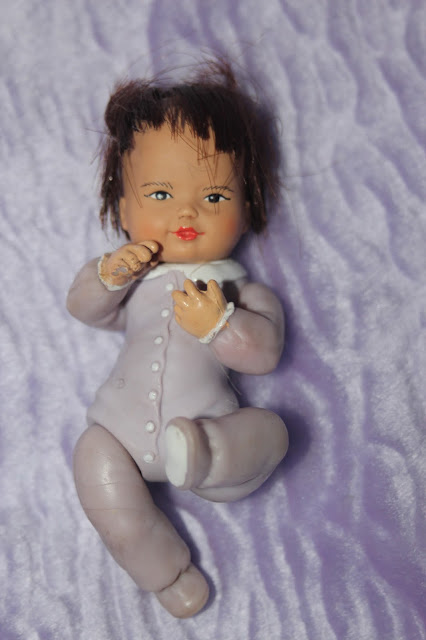 She can lay down or sit up. 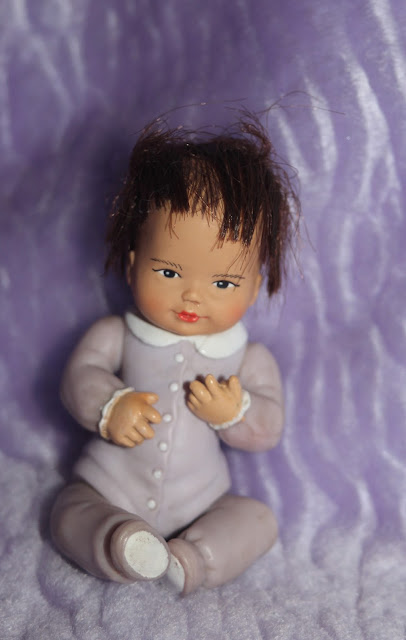 I think they were all such cute little dolls,and I wouldn't mind having more.But Lee Ann is the only one I've ever actually come across (in person).
See you again tomorrow for another doll.
Posted by Tam at 9:54 PM