Today's doll is Bike Date Liam, one of the Flavas dolls.
The Flavas line was introduced in 2003. 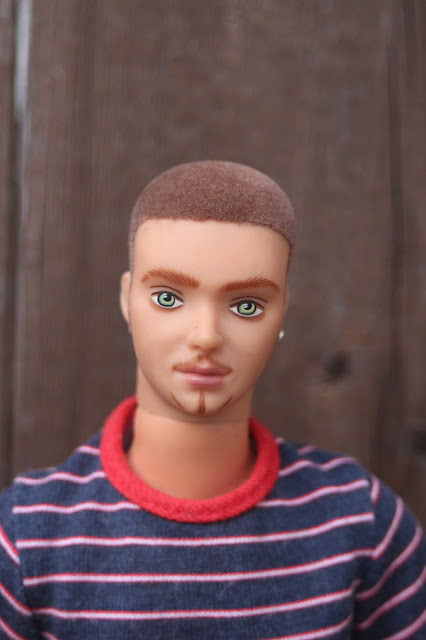 You can watch the commercial for Flavas HERE. 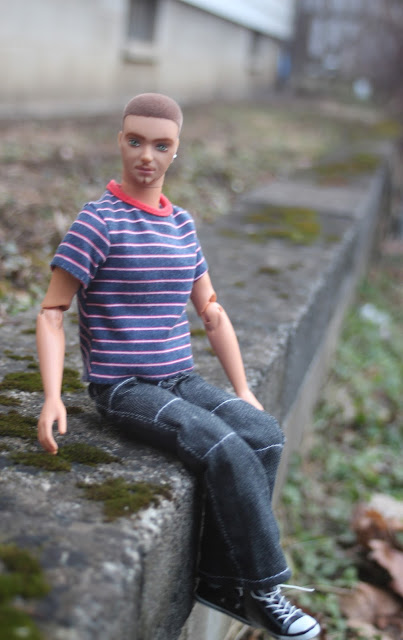 Flavas were made by Mattel, who had tried to compete with Bratz the previous year with the more typical My Scene dolls. After that failed and Barbie sales were reaching an all time low, Mattel rushed Flavas into production only three months after they were designed. 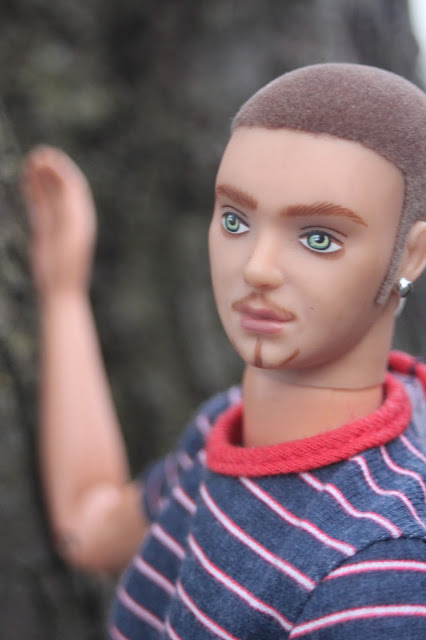 Here's what Wikipedia has to say about Flavas:
"They are multi-ethnic and have an urban, hip hop style...described as "ghetto-fabulous" by Newsweek....They were marketed as "reality-based" and "authentic" and have more points of articulation than traditional fashion dolls for more expressive posing." 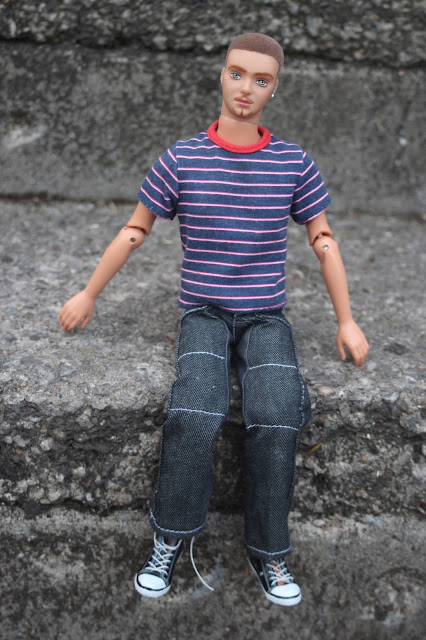 Liam has all the usual articulation, plus a tightly sprung waist joint which doesn't hold a pose,(I think that's intentional.It's meant for moves, not poses.),jointed elbows and knees,and hips that allow his legs to do poses like this: 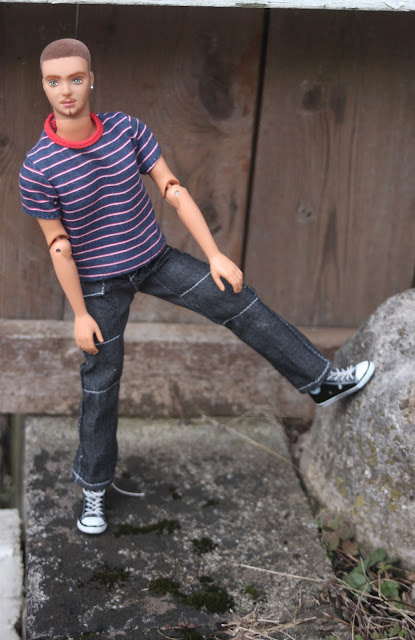 Flavas failed to please pretty much anybody except adult collectors who liked a bit of diversity...and even some of those. People were offended by their look:They were too tough. They were stereotypical or not authentic.They were accused of being too hip hop or not hip hop enough. Parents thought they looked like a bad influence. In spite of praising the dolls' ethnic diversity, the St. Petersburg Times Floridian complained that the girls "come in bendable poses that are attitude-friendly, seem to be ready-made to just stand on a corner frontin'." 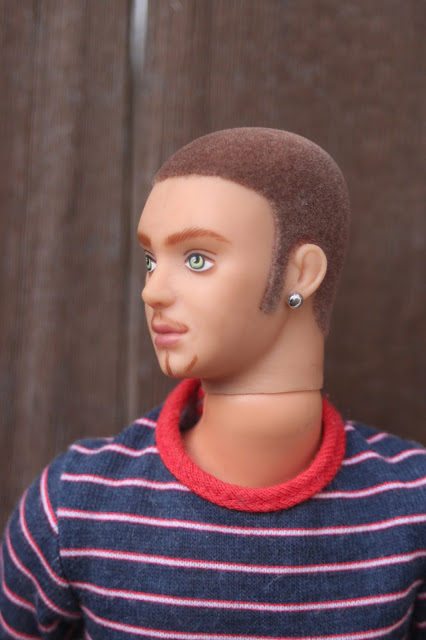 And lest you think they thought any more of the fellas:"Liam and Tre, the boy dolls, look, stereotypically, like little street thugs, with big ol' jeans hanging off their behinds, revealing undies." This person has never walked around a small town in Ohio. Everybody dresses like that. 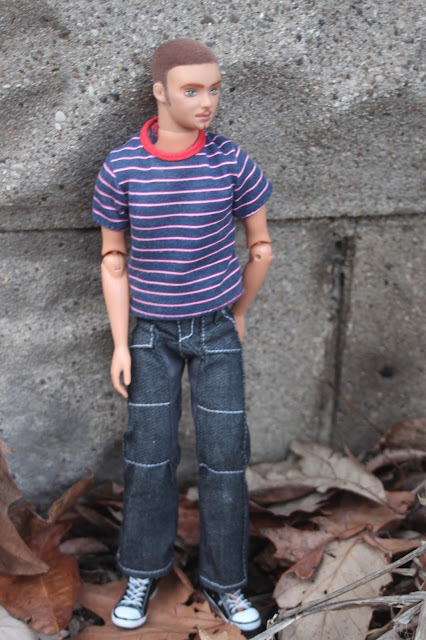 They didn't like the packaging either:"Mattel even provides a cardboard graffiti-strewn urban spot for the kids to hang out. Seriously, there's no Malibu beach house or motor home for Barbie and Skipper this time around. Just a street corner." Pull my street stand from the box so I have a spot to hang out," the ad for Flava Dolls proposes. Is it me, or is this offensive? So, hip-hop kids have nothing better to do than loiter? Couldn't Mattel have provided two turntables and a microphone? Couldn't these Flava Dolls be doing something creative? Couldn't they be spray painting on a canvas?' Mattel says Flava Dolls are about celebrating a "cultural phenomenon." Are they? Funny. Mattel makes it look like hip-hop youth are concerned with little more than flashing big ol' jewels, loitering on street corners and vandalizing public property."
Wow. That's a mouthful. For such short lived dolls they sure did stir up a lot of controversy. And short lived they were. The line was discontinued after less than a year. 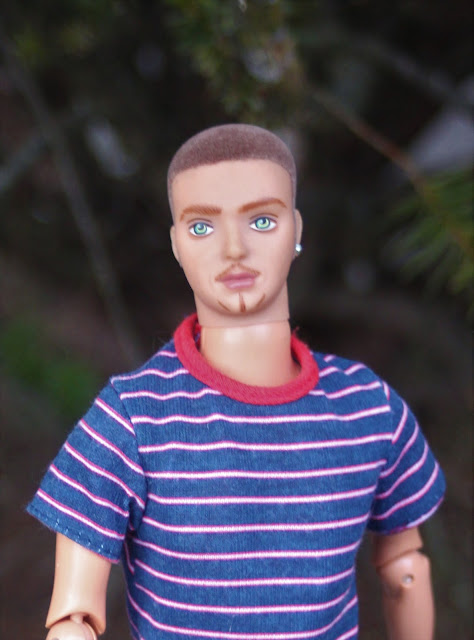 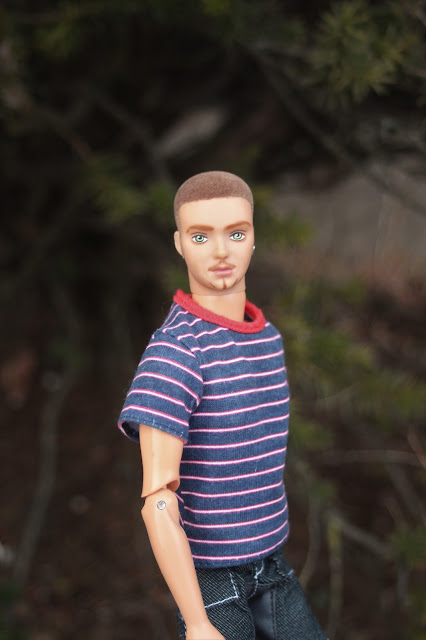 There were six dolls in the line, four girls and two boys.The other guy was Tre. 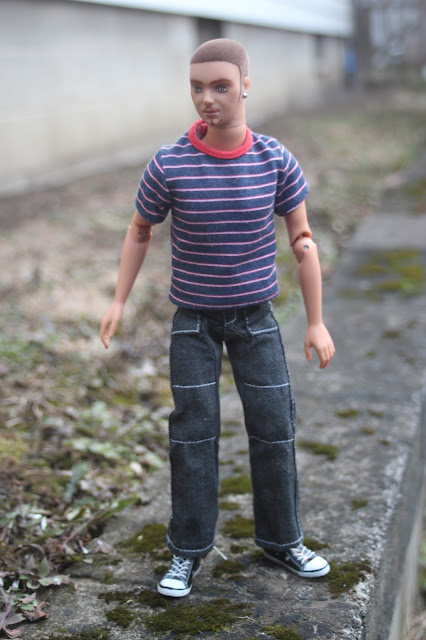 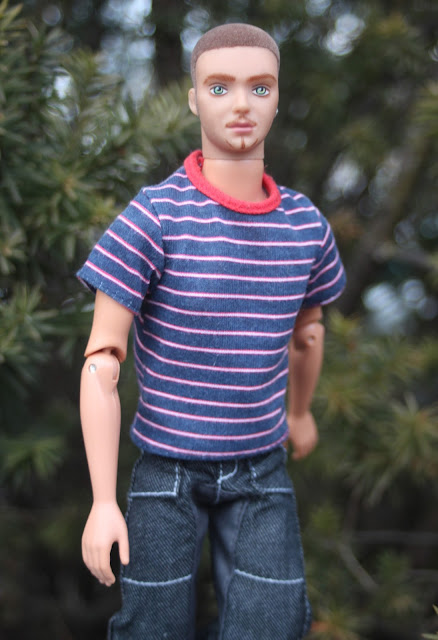 There were several different versions of each character.Our guy today is Bike Date Liam. He came with a motorcycle and his date,Happy D.

Each doll had their own face sculpt. 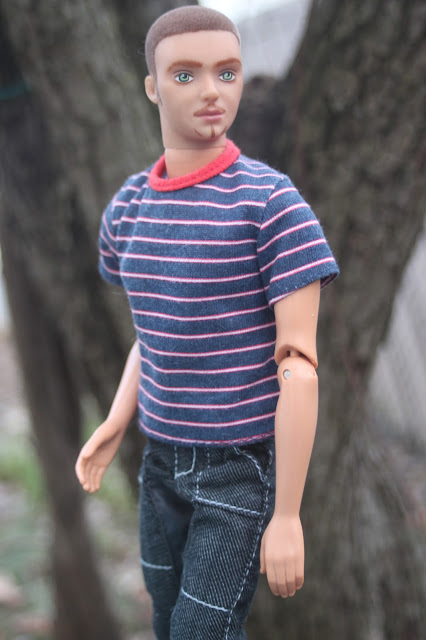 They were even of varied heights, to make them more realistic.With all that and the extra jointed bodies, they were more expensive to produce than regular fashion doll lines. 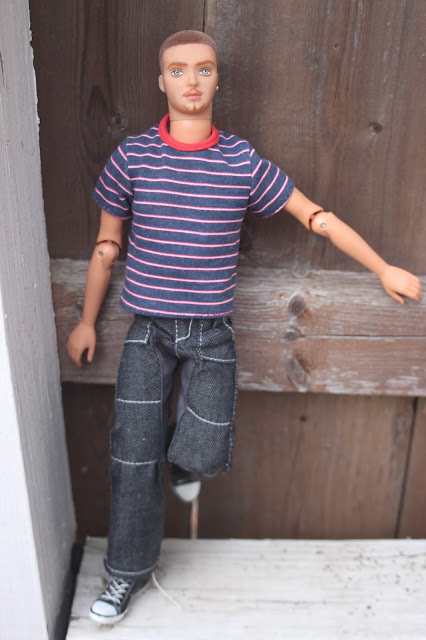 For such a rush job I think they did really well. The dolls are well made,interesting, and all unique. 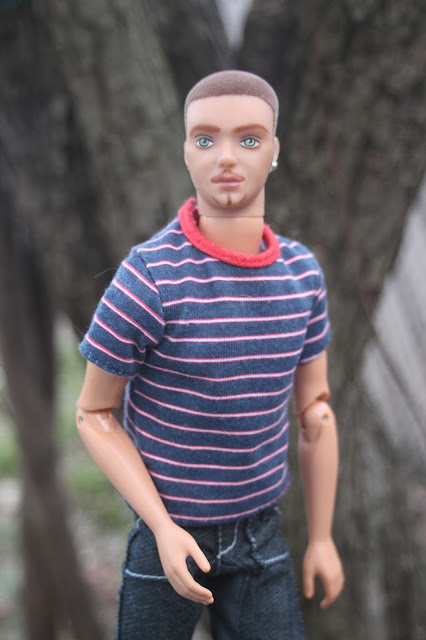 There was also a Flavas car made,and a series of fashions.


I find Flavas occasionally, and they are holding up pretty well. I mean, this guy is 14 years old,and his jointed body is still doing well, as is his flocked hair. 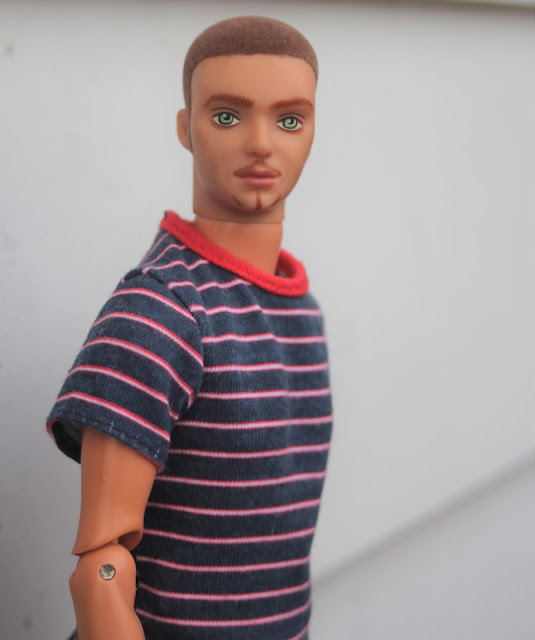 Love them or hate them,and even if you wouldn't want your kids to have them,Flavas offer a bit of variety to an adult collection, where so many of the fashion dolls look alike,especially the guys. 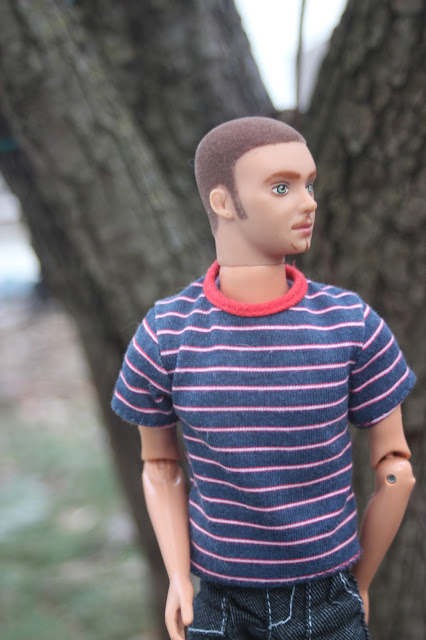 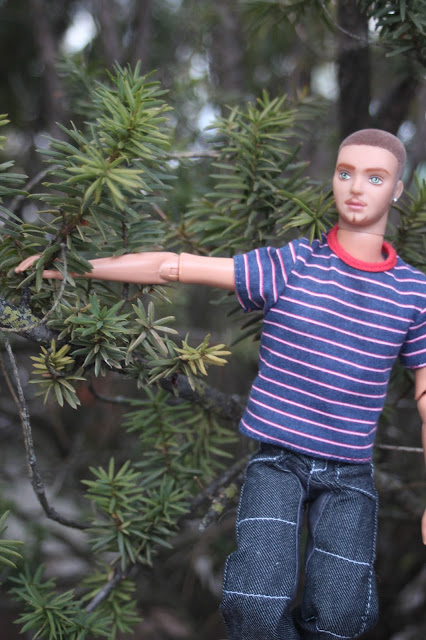 See you again tomorrow for another doll.
Posted by Tam at 10:55 PM