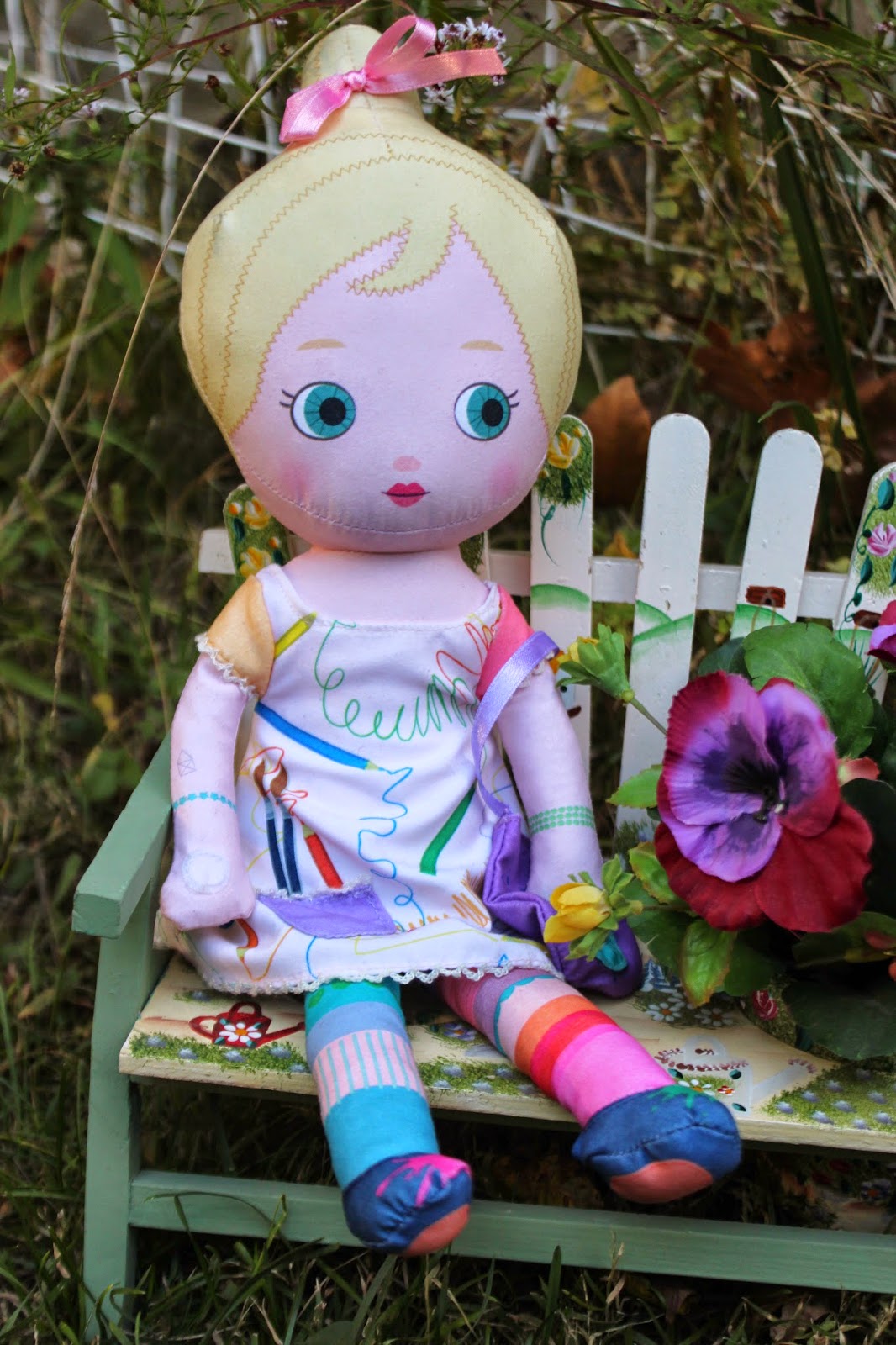 She's a Mooshka, by Zapf. 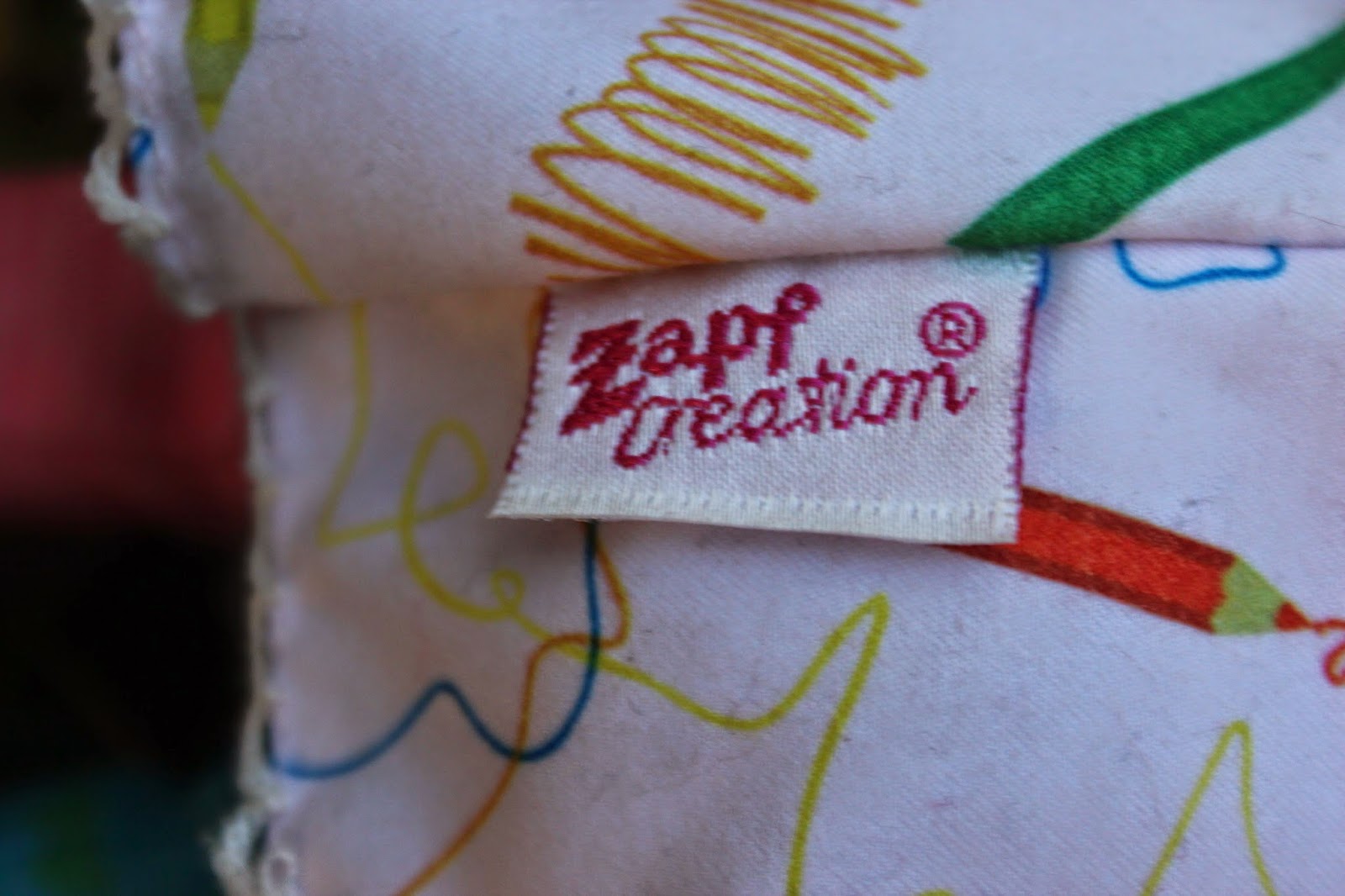 I have wanted a Mooshka since they first came out, but I'm cheap. (Read: Poor.) So, I haven't bought one until today, when I found this one at Goodwill for 49 cents. I love the colours used on the dolls. They're soft, but bright. Almost 'good enough to eat' type colours.

I like her, and she'll do, since I don't have any other one. But what I really want is a red haired one, Myra I think her name is...and one of those tiny plastic ones.

In truth, I think I've loved every Mooshka doll I've seen. So far, 'I never met a Mooshka I didn't like', but, to paraphrase the crying kitten lady on the internet, "I can't have (hug) every Mooshka!" 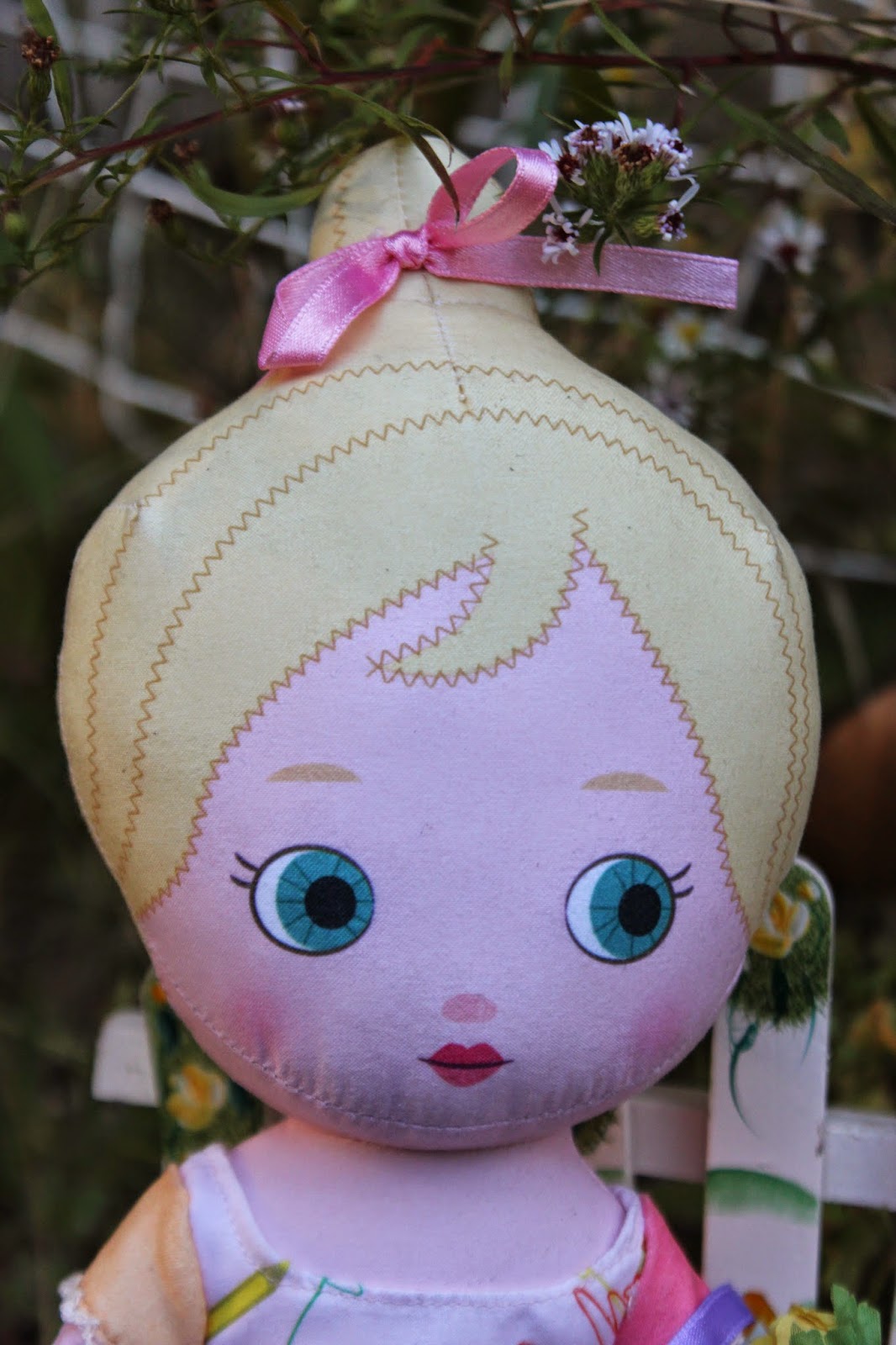 The story behind Mooshkas is that they were paper dolls that held hands and came alive. This is a little confusing, as they have stitch marks printed on them, as if they are supposed to look sewn. 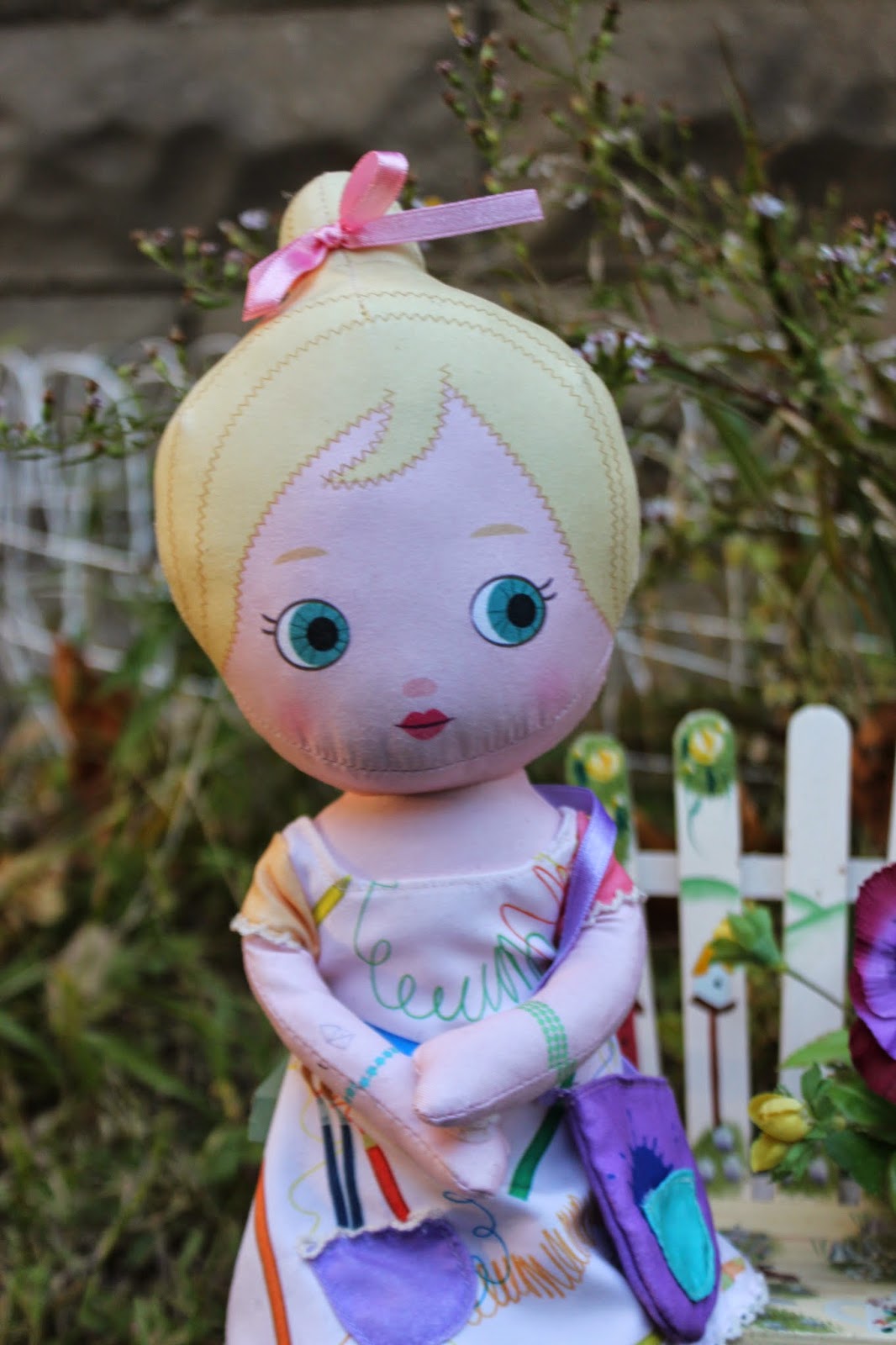 The dolls have velcro on their hands so they can hold on to each other. 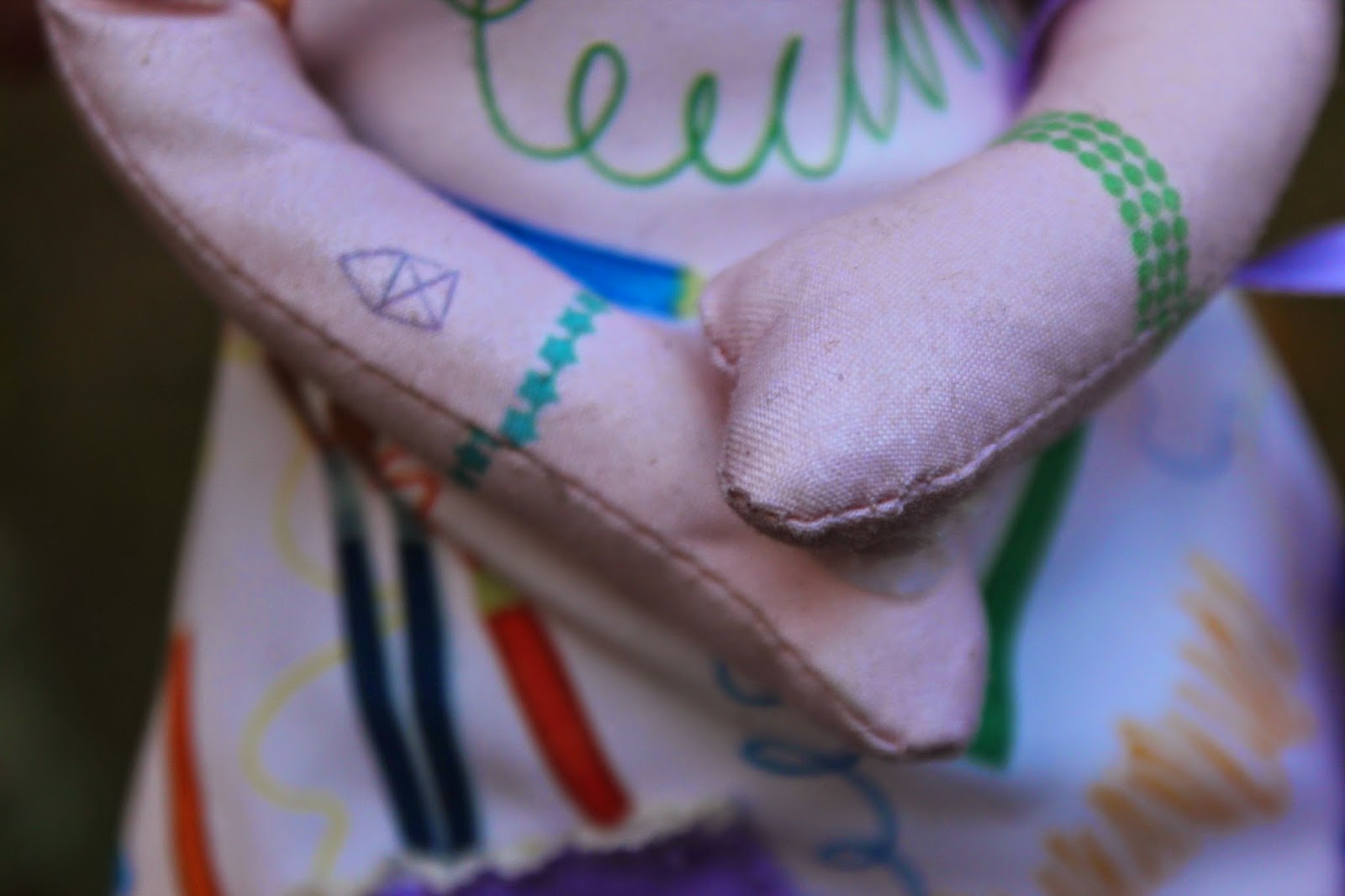 Poor lonely Ina will just have to hold her own hand...for now...

That's all for today. Check in again tomorrow for another doll.
Posted by Tam at 8:14 PM