Today's doll is this girl. 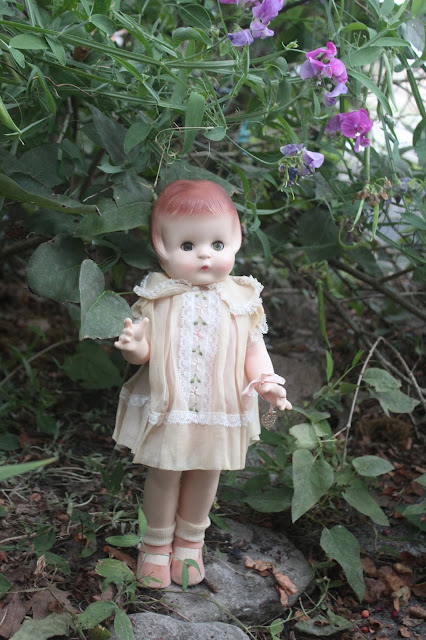 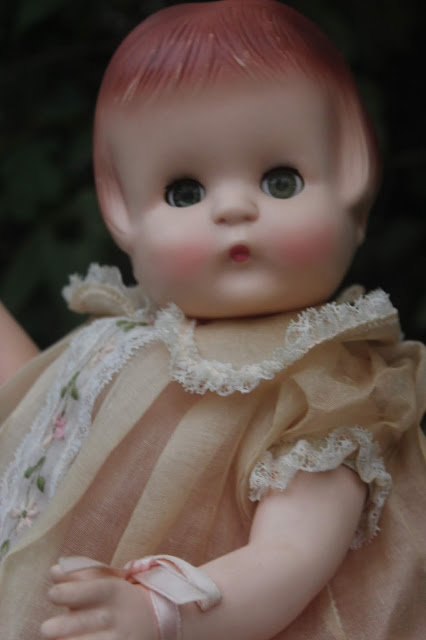 She's a reproduction Patsy made in 1976. 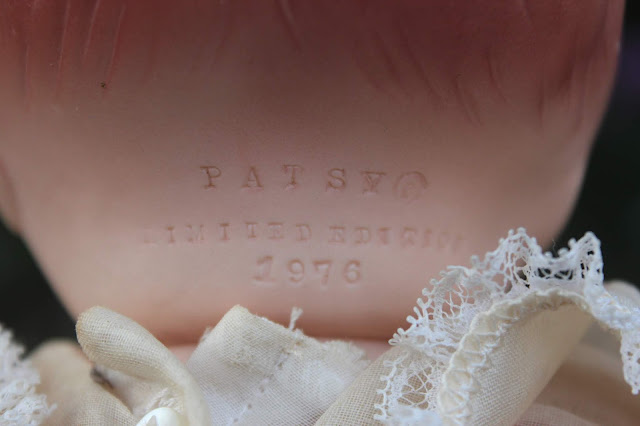 She was made for the Effanbee Limited Edition Doll Cub.

Patsy was first introduced by Effanbee in 1926,although there was previously a similar looking doll produced by Hertel and Schwab. 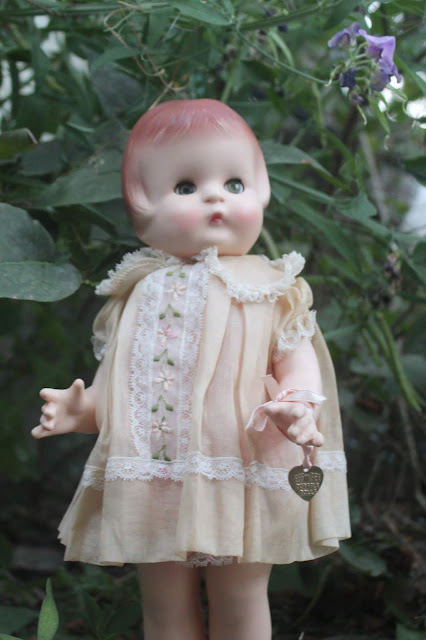 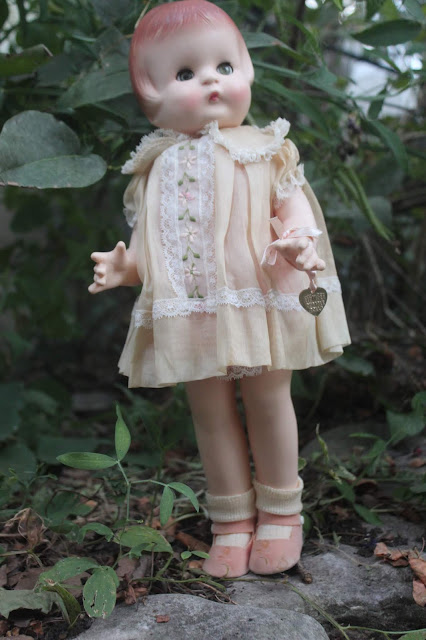 Since she was introduced in the 1920's,Patsy has a bob haircut,which was very popular at the time. 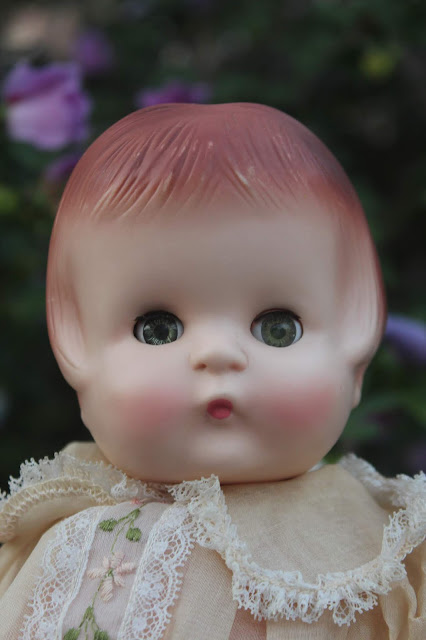 When my girls were three years old,they didn't have nearly that much hair. Fuzzy, however, could easily have managed a Patsy 'do. So could I. In fact, I nearly had one.


Effanbee went on to produce Patsy until 1946,and again at several points during the following decades. Although the times,and hairstyles, had changed, Patsy's look never did. She continued to be made with her 1920's bob. 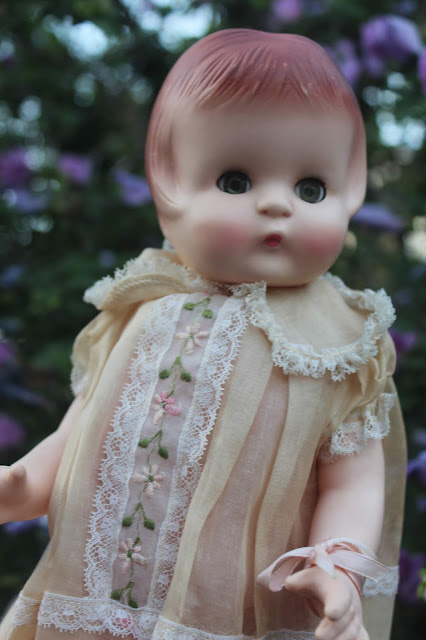 Effanbee,owned by different companies throughout the years, has brought Patsy back in modern times. Tonner is the most recent owner of Effanbee,and they even produced a Patsy with 'real' hair,not just sculpted and painted. 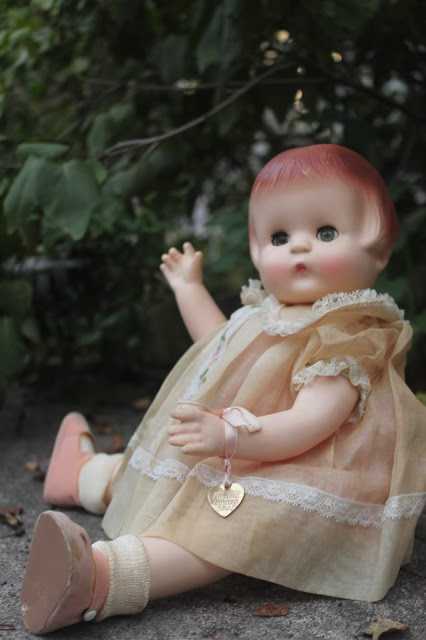 The original Patsy was composition. This one is soft vinyl. 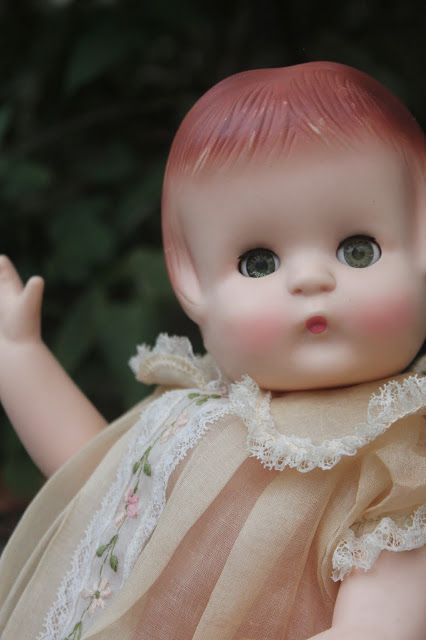 She has the standard articulation,being jointed at the neck,shoulders, and hips. 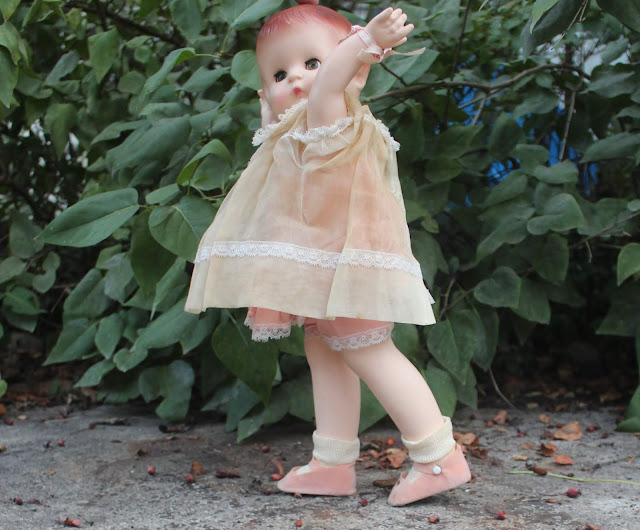 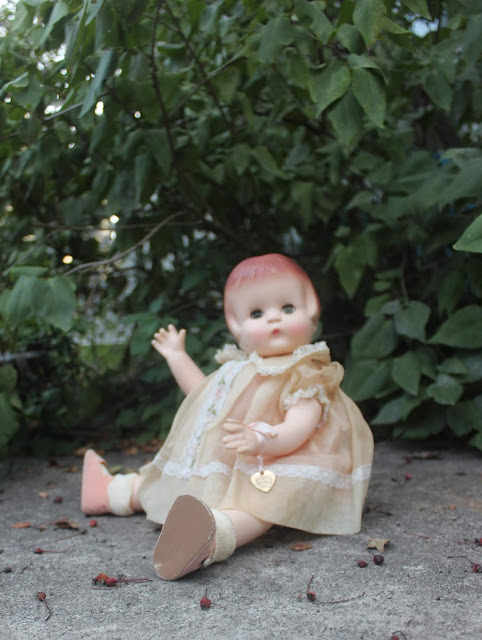 She has sleep eyes. 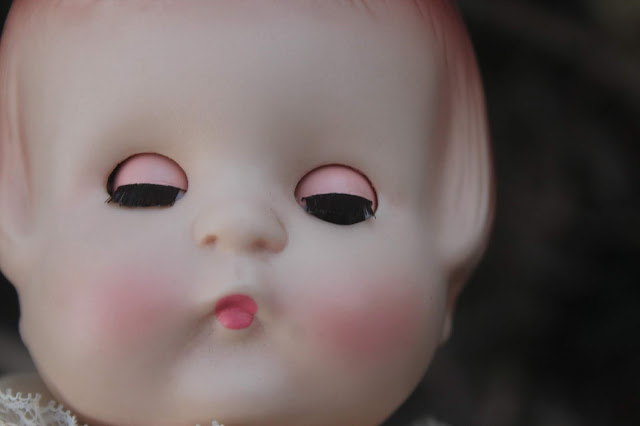 Her pink dress has faded to a peachish colour. 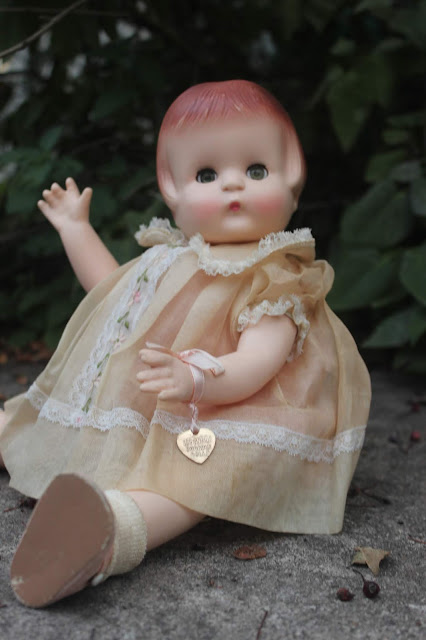 Her dress has lots of lace decoration on the collar and front. 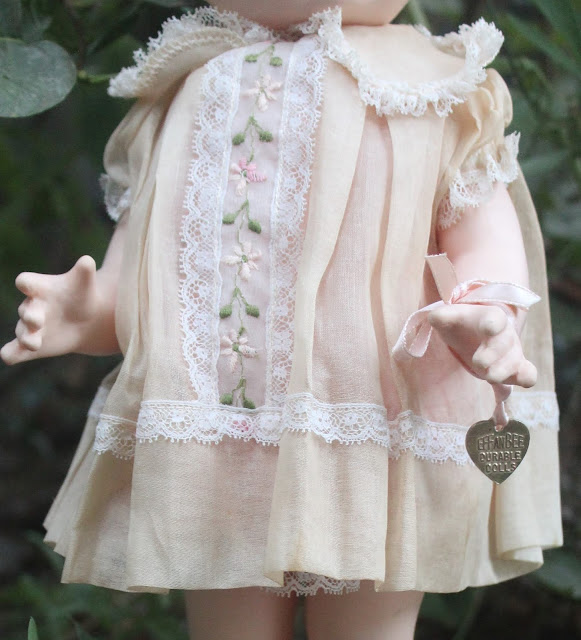 Her slip and bloomers are dark pink,and also decorated with lace. 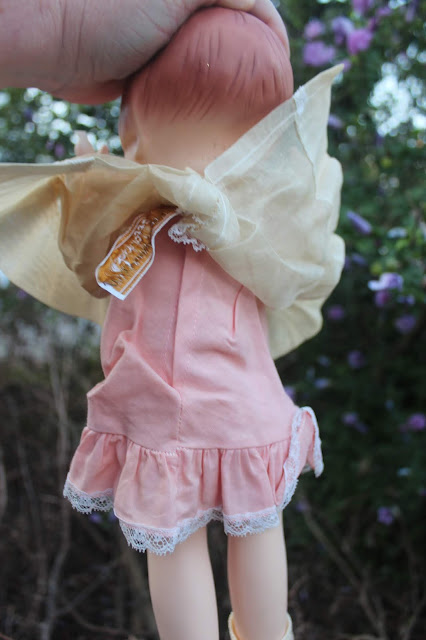 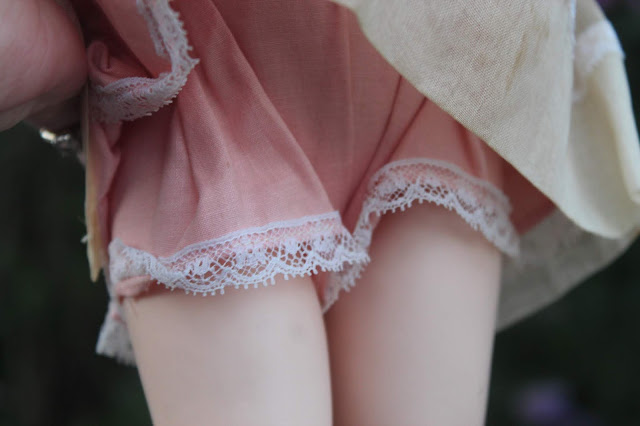 She's missing the decoration off her pink shoes. 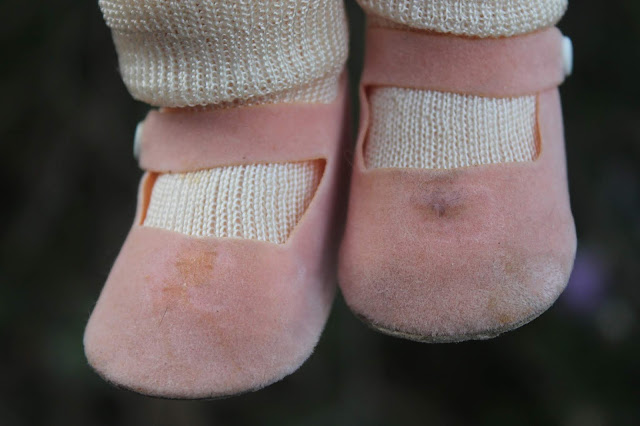 Patsy was one of the first dolls to have her own extensive wardrobe,and to have an extended family. Patsy has an older sister names Patsy Ann, a younger sister named Patsyette,and her brother/boyfriend, Skippy. (I have read both brother and boyfriend. At three,isn't she a bit young for a boyfriend anyway?) You can read my post on my Skippy doll HERE. There is also Tiny Patsyette Baby,Wee Patsyette,Patsy Lou,Patsy Joan, Patsy Jr,and Wee Patsy. You can see my Wee Patsy doll HERE. 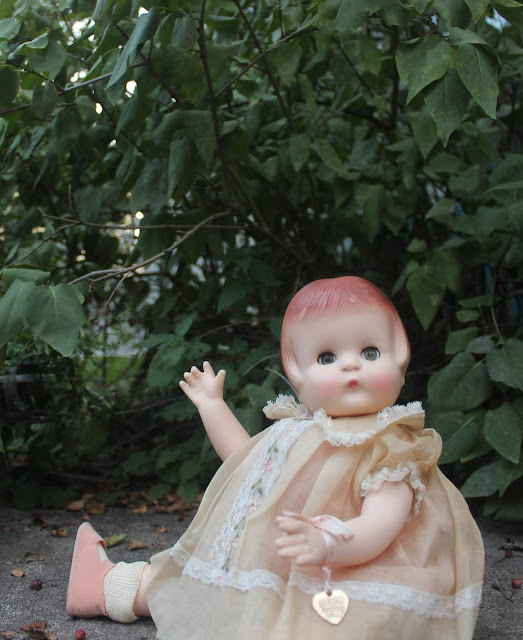 That's the doll for today.See you again tomorrow!
Posted by Tam at 11:40 AM