Latest Store Nab, and a Request For Help

There's some serious stuff here, so please read to the end of the post.

Ken and I ventured out yesterday. Remember a while back I mentioned getting the Mini Brands display box from Target? The one that has the actual Mini Brands stuck on the front? Well guess what Target had yesterday?! 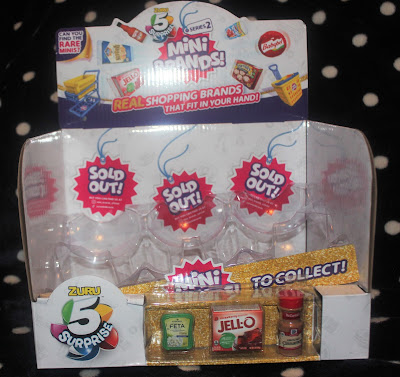 This is the latest Mini Brands display box, and... 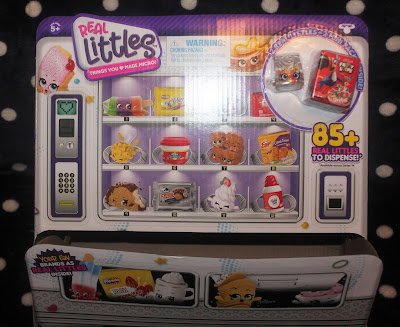 The great thing about these is, when they are empty, they throw them away, so they don' think anything about giving them to you. The bad thing, if you can find anything bad in getting free stuff, is, you can only get these particular ones free. They same ones are displayed on every box. As for Mini Brands, they are still making things in various scales. 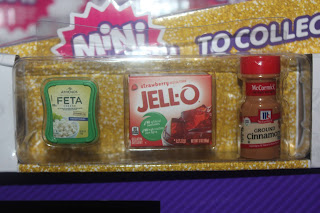 The Jello and cinnamon are more American Girl/18 inch doll sized though. 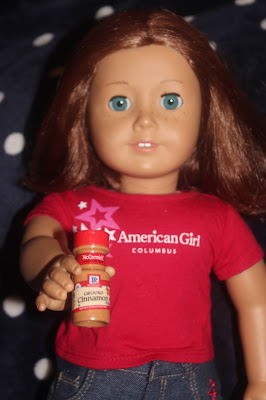 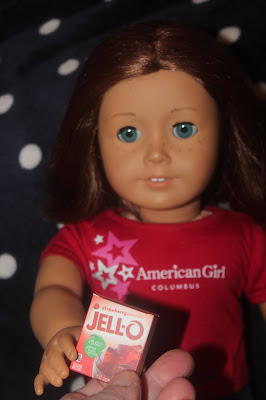 Here's a better view of the cinnamon. 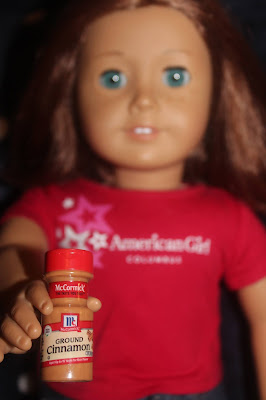 The Real Littles aren't as realistic as the Mini Brands.

For one thing, the cereal box is short and squat. Family size box for playscale dolls? 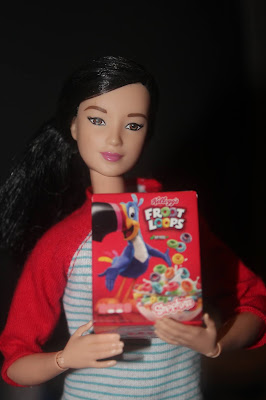 And it took me a minute to figure out what the other thing is. A sandwich bag of Fruit Loops, I think. 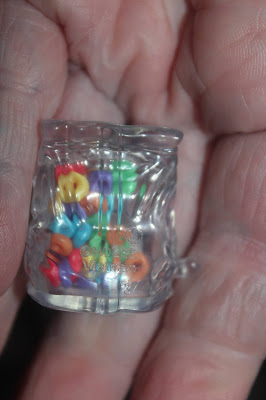 As I said, Ken and I ventured out yesterday, and I'll be talking more about that in an upcoming post. Today I wanted to tell you a little story, so sit down. I'm going to get serious.

I have a confession first. I like to watch dumpster diving videos. For those of you who don't know what those are, they are YouTube videos by people who pick stuff out of dumpsters. Hey, one man's trash is another man's treasure...and somebody's video. People, and businesses, are very wasteful. They throw away so much useable stuff. I was raised by parents who grew up during the depression. My dad was always the 'I can buy another one' type. His family had had a little more money during the depression because his dad drew a pension. My mom though, was the 'don't waste anything' type. She got that from my grama, who saved everything in case she needed to use it or make something from it. So I learned not to waste what I have. Or what somebody else might have either. ("Don't throw that away! Somebody could use that!")

In any case, I enjoy Dumpster Diving videos, as long as I can stand the people doing them. One of my favourites on YouTube is Freakin Frugal. They dumpster dive mostly food from grocery store dumpsters, so that could get boring sometimes. But their videos are entertaining for the personalities of the couple who do the diving. I especially enjoy 'Frugal Mommy'. She has a great sense of humour and she's just goofy enough to strike me as somebody I could be friends with. And I don't say that about many people. I have often said to Ken while watching one of their videos, "I could hang out with her." (She's even Vegan, to my Vegetarian, so we could even eat together!) I've also said to Ken that he's very like 'Frugal Daddy', who is always eating something,(He's a meat eater, like Ken.), sometimes in large quantities, just like Ken! They also seem to be good people. They don't often mention it, and usually only if somebody asks, "What do you do with so much food? You can't possibly use it all.", but they donate a lot of what they get to homeless shelters, 'little food pantry' type spots, homeless people on the street, and friends and neighbors. Often they will also mention that clothes they find 'diving' will be added to their donations to the Vietnam Vets organization, and  toiletry things to the homeless shelters.

Recently there was a long gap in their video posting. I began to worry that maybe they had Covid-19. They have two little girls, (in spite of being only a couple of years younger than I am, which is 58.) I worried somebody was sick. Yesterday 'Frugal Daddy' posted a video where he explained what had happened. 'Frugal Mommy', whose real name is Amy, had recently been warming herself, with her back to the fireplace, while wearing an almost floor length skirt. Her skirt had caught fire, without her noticing. By the time she noticed, her skirt was ablaze, and started her polyester leggings burning as well. If you're interested in the details of what occured, you can watch the video where Frugal Daddy explains. To make the story short, in spite of the efforts of Amy and Duane, ('Frugal Daddy'), the clothes couldn't be extinguished, and before they could be removed Amy suffered second and third degree burns on most of her lower body. She was in the ICU burn unit of the hospital for 10 days. She had to have skin grafts. Duane is retired, and Amy retired from her job as a social worker a while back to be an at home mom to, their twin girls, (who are now 8 or 9 years old), while they were still young. Consequently, Amy has no insurance. The hospital bills have now surpassed $300,000. It has been recommended that Amy have occupational and physical therapy, which they are turning down because they can't afford it. They have, however, set up a Go Fund Me page to ask for help with the hospital bills only. If any of you feel you would like to help, please go to the Go Fund Me page using the link above, and make a donation.