As I told you in Part 1, there was one dealer who had wonderful art dolls. I had seen her booth at a previous show, but I don't think I took any photos that time. (Don't worry. I made up for it this time!) Almost everything she had was artist made. She had a few random Kish dolls and maybe some Tonner at the one side of her booth, and some Wee Forest Folk figures, which you'll see below. But I'd say 90% of what she had was artist made, and a lot of it was one of a kind. You may have read the post where I talked about how my sister and I will look at certain things, and say, "We could make that." (And how Ivy finds that so insulting to the artists.) Well I looked at these and didn't say that once. I wanted everything she had, (including the Kish dolls and the Wee Forest Folk!), but could only afford a couple of tiny things.

She had multiples of these things, so they were manufactured, I guess. They're still very cute and well made though. From the embroidery I almost think they had to have been hand made. But they were al alike, so not one of a kind. 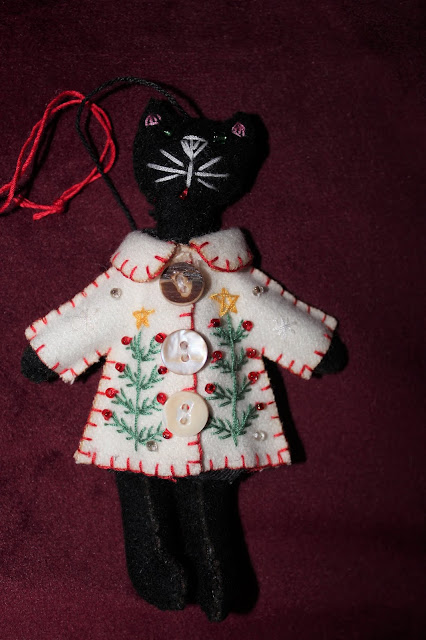 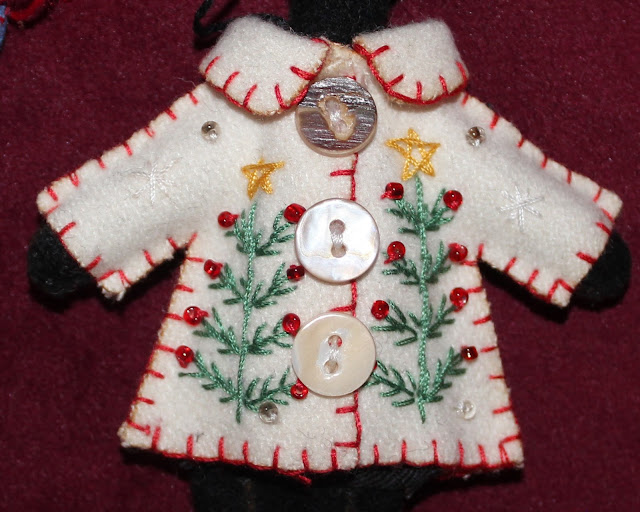 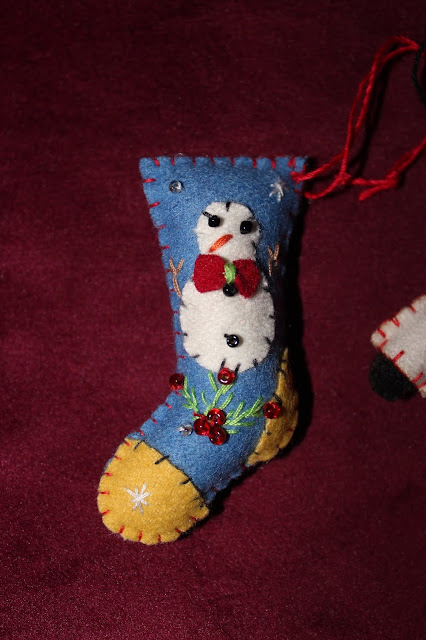 The dealer was Diane's Doll Shoppe, and apparently she had come all the way from Connecticut. 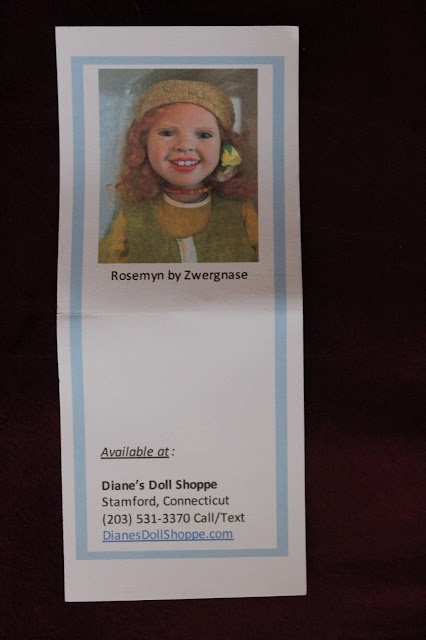 She has a website, in case you see something you like, or want to see what else she has. You can go to it HERE. She said she carries things from artists from all over the world. Unfortunately a lot of the dolls didn't have the artist's name on them. That's quite insulting to the artists, and also extremely unfair.  They put a lot of work into their dolls, and they deserve some credit. Also, what if you love their work and would like to search for more? Maybe the dolls didn't have the information on them when she got them though. Who knows? Some of the information included about the dolls here was obtained from the website.

I suppose you would call it, and dressed in more retro funky styles. 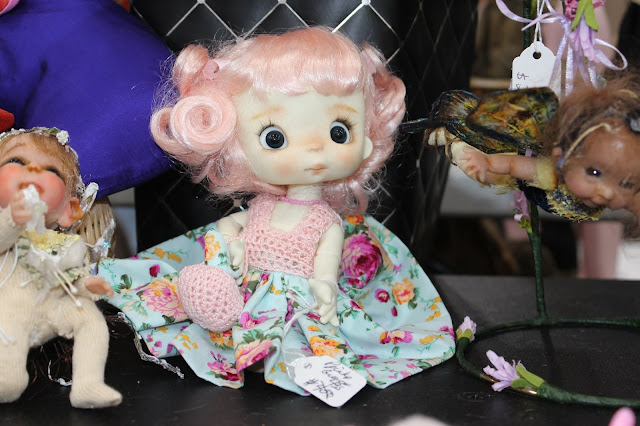 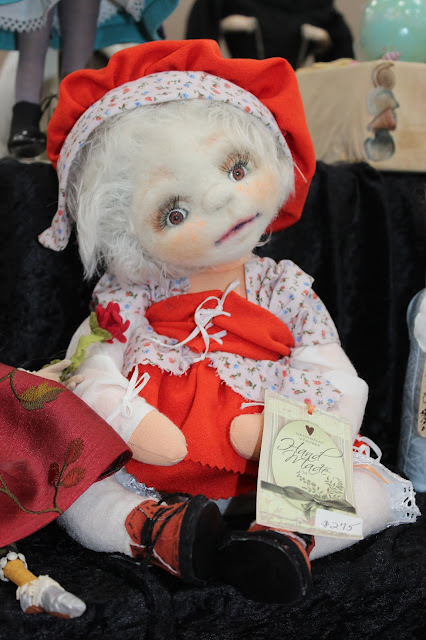 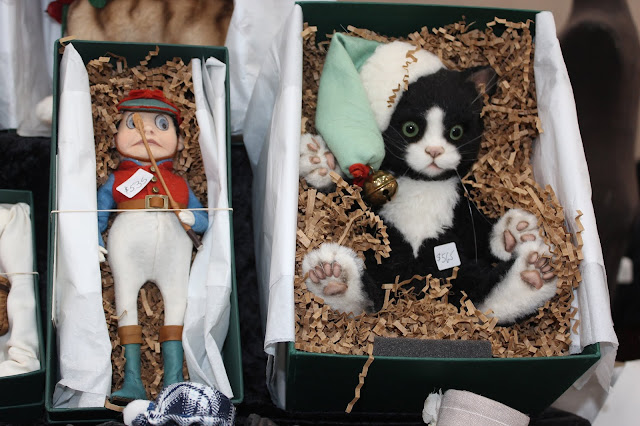 I think my favourite item she had, or at least the one whose artistry amazed me the most, was this guy. 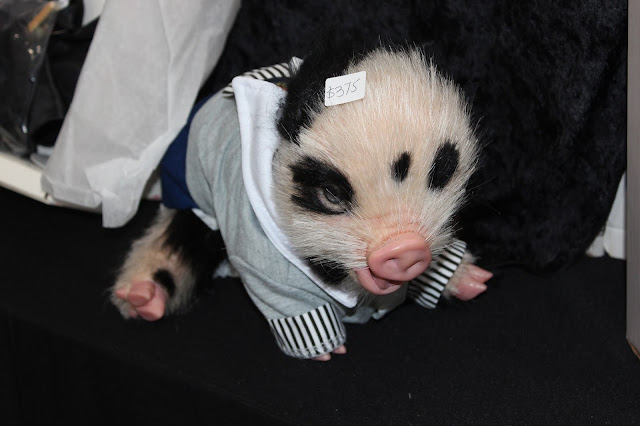 So that's it for the doll shows this year. I'll miss the last October one because I'll be at Lori's for her 60th birthday. I still have some interesting things to show you though. I'll be very busy in October, because Ivy is coming home soon! Plus going to Lori's. I'll still try to have the Doll Book of the Month Club entry up in time though.