I'm still here, and the leg is on the mend. Whether it's because of the massive, (and extremely painful)  pop it did as I was climbing into bed the other night, or because I'm not climbing into bed the same way any more, or a combination of both, I don't know. To explain a little bit, I have an old four poster bed, and with the box springs, (These days they call it a box, because there are no springs in it.), and modern thick mattress, the bed is about waist high for me. (When I was a kid this bed seemed  like it was on a whole other plane.) I have trouble climbing in. So I had taken to climbing up on the side rail and jumping up on the bed, but to do that, I put my foot sideways on the rail, and then lifted all my weight on my sideways leg. That's a lot of weight. I knew it hurt after my leg started acting up, but the theory that that was what was causing the leg pain was something that was only a vague thought until the 'pop'. Anyway, I have stopped climbing in that way, and the leg seems to have gotten so much better so quickly. My new method of climbing into bed involves flopping up as far as I can and bracing one foot against the bed post and shoving. (I'm waiting for the post to snap.) It reminds me of the scene in "Only Murders in the Building" where Steve Martin has been poisoned, and is trying to get himself down to the lobby of the hotel, and ends up sort of upside down in the elevator, trying to push the buttons with his feet.

But what you are here for is dolls. Today we're looking at one I got at the recent doll show I went to with my sister. I haven't added much to my Skipper collection for a while, but I did get Skipper's Sunny Suity play suit for a dollar at the show, and the girl we're looking at today, for $5! 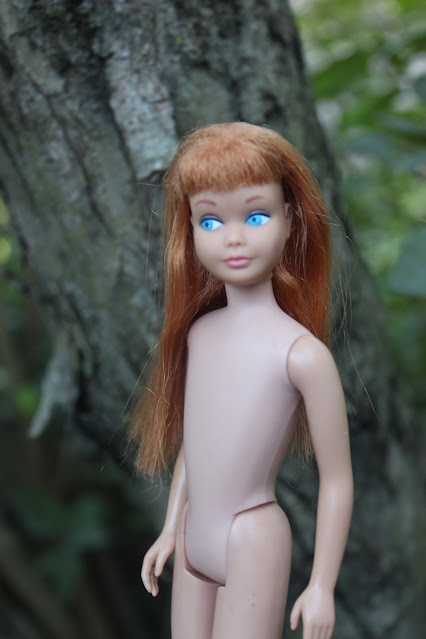 I should have taken before and after pictures, but as usual, I was so keen to get her rehabilitated, that I only took 'afters'. But when I got her, her hair was all bunched up on the sides of her head, and her bangs were really frizzy, which is a common problem with pre-mod era Skippers. 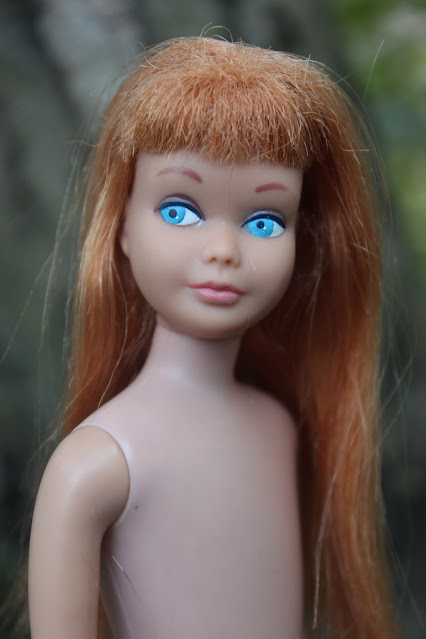 She turned out quite nice though. You can't really tell from these pictures, but she has a great shade of bright orange hair. 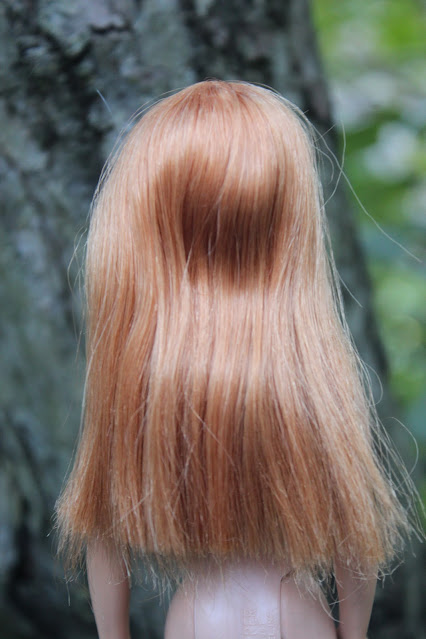 She has a bit of an eyebrow rub on one eyebrow, but I could fix that if I wanted to bother. She still looks good. 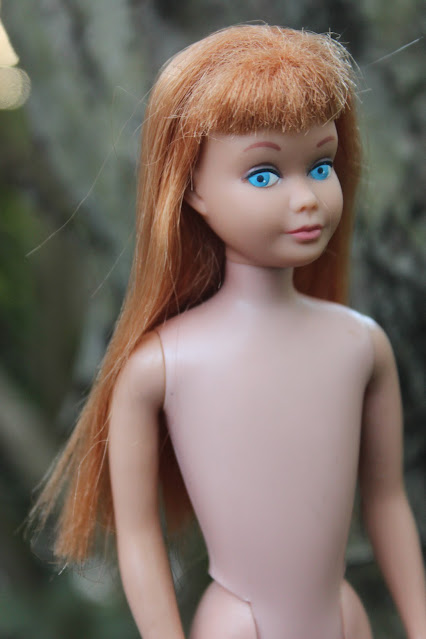 Her hair is so bright orange that I thought at first she must be a color magic Skipper. 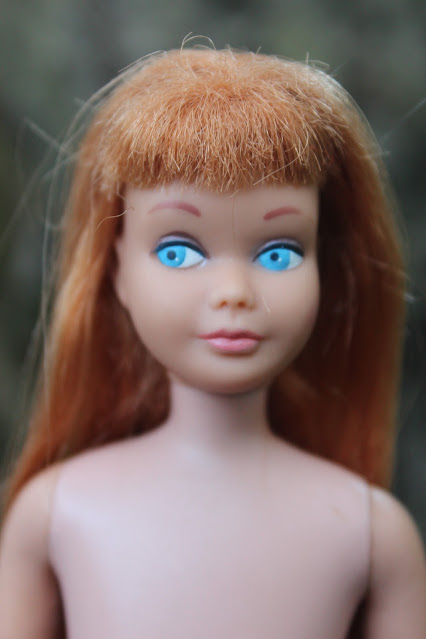 She isn't though, or she would have a brunette painted scalp, and not a red one. (If you don't know what I mean, click 'color magic Skipper' in the sidebar.) Oh well. She still looks great, especially for $5! 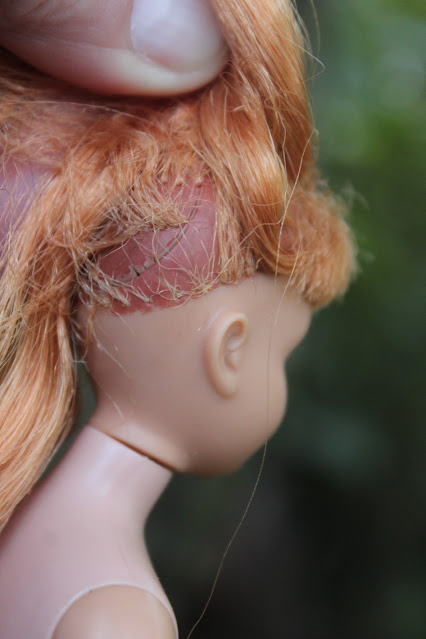 I have had a sinus headache for three days, so I am going to take a nap, before Emma picks me up to go to Detroit. I'm Emma's default concert going buddy, and tonight I get to tag along to see Florence and the Machine. I'll see you soon with another doll I got at the show. 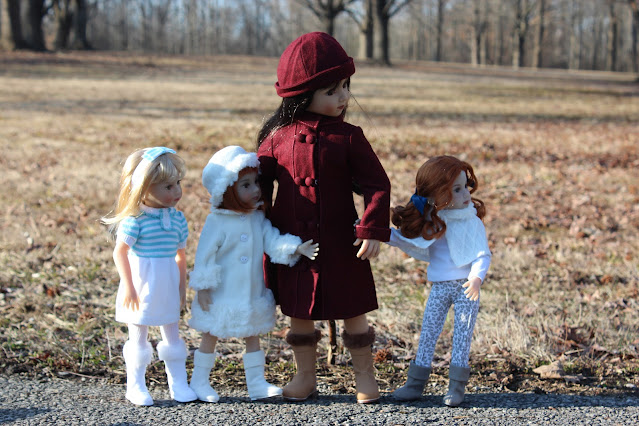